I discovered here a set of yearly historical atmospherical CO2-concentrations from year 0 - 2014. Since they haven't mentioned which measure they used, I'm not sure whether it is right to talk about ppm by volume. The name of the file contains the following "mole_fraction_of_carbon_dioxide_in_air_input4MIPs" which leads me to think of ppm by mole.

Do you think I'm right?

This leading to: is it plausible to have that downward tendency about 1600 and if why?

Thank you in advance for your help.

I plotted the data with Excel: 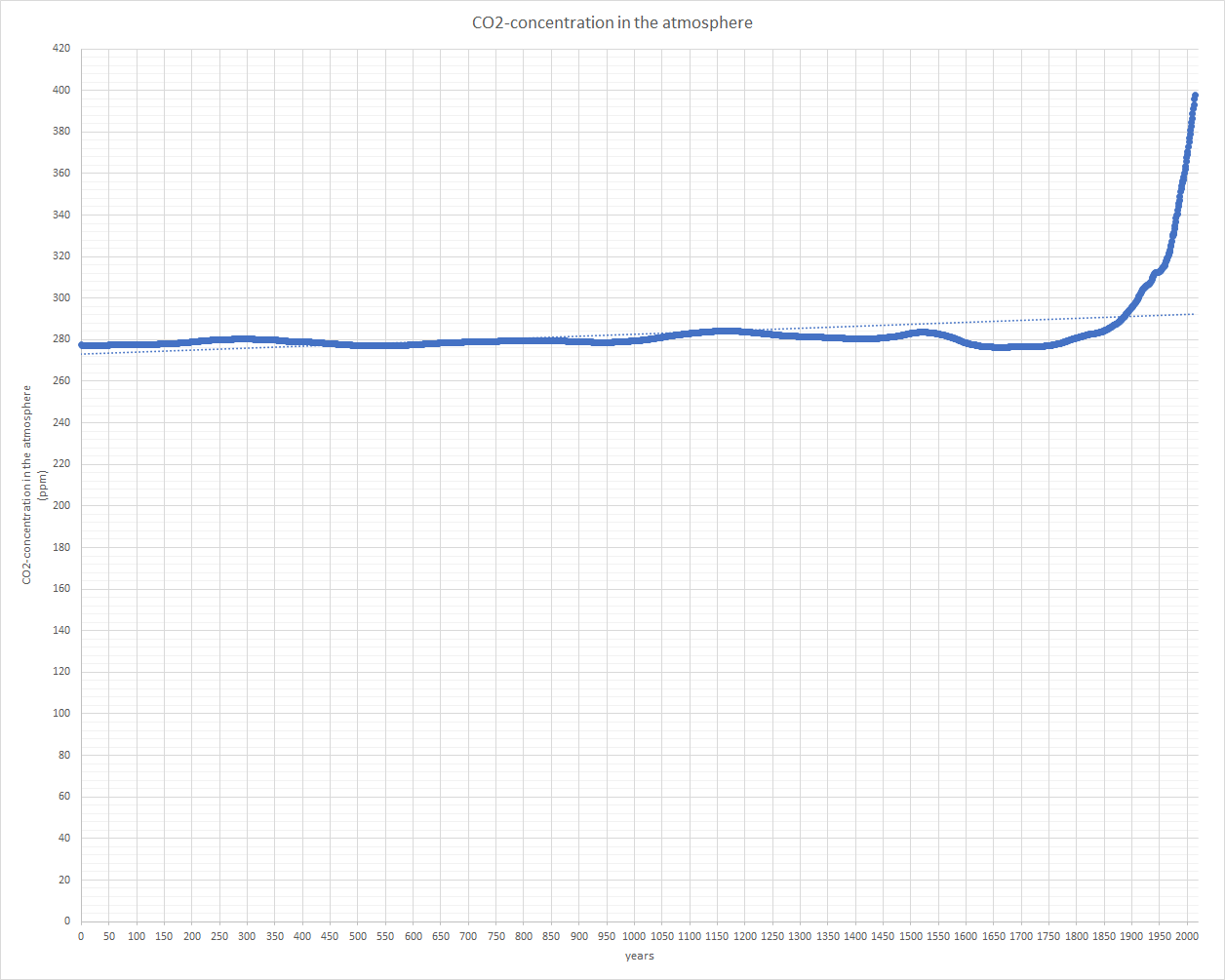 The file you provided do not have metadata nor context, which make it pretty much useless as it is.

But, by reading the title and as you suggested, we can assume that the unit used in the sheet is mole fraction of $CO_2$ in air.

Also the value of the data is fitting the range of the $CO_2$ historic measurements on Earth.

By definition, a mole fraction is the ratio of mole of a given component (solute) over the total mole count in a target solution. In our case, this mean:

This is well expressed and explained here in the section titled: Parts per Million by Volume (or mole) in Air

In air pollution literature ppm applied to a gas, always means parts per million by volume or by mole. These are identical for an ideal gas, and practically identical for most gases of air pollution interest at 1 atm. Another way of expressing this value is ppmv. One part per million (by volume) is equal to a volume of a given gas mixed in a million volumes of air: $1\:ppm = \frac{1\:gas\:volume}{1\:million\:air\:volume}$ at 1 atmosphere pressure.

Thus a simple conversion can be applied and the equation solved, knowing the weight of a mole of $CO_2$ and the typical weight of air. To answer your question, mole and volume are interchangeable in this context.

This would be my honest take, considering the limited available information.

About the downward tendency during the 1600: This was around the time when the Little Ice Age began; There was the Maunder minimum (first low) due to a solar spot low and then a small peak and then the Dalton minimum (second low) before the present peak. Here is an example of how low the sunspot activity was at that time (especially Maunder) from Britannica.com 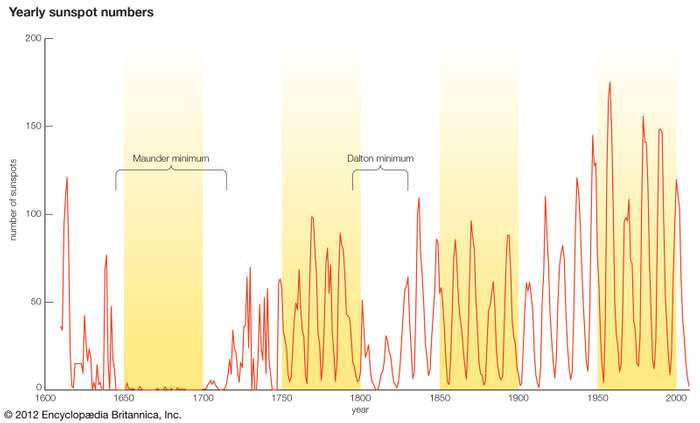 Consequences of those two events, detectable already during Maunder was a trend of global cooling and a diminution of the atmospheric $CO_2$.