Tidal flow in an estuary

I am working on a project. Where this bacteria has been deposited at a port in the Humber Estuary. Where it has been deposited has been marked in red. I am trying to work out the limits of where this bacteria can get moved to. I know that the input of all freshwater by the rivers is 250 m3 per second so I could calculate the movement of the bacteria as it leaves the estuary. However, I want to work out if it can be moved inland by the tide. I have found some information that looks at tide velocities. However, the velocity seems pretty low compared to the amount of freshwater entering the estuary. The thing is the points of tidal incursion are marked on the map so I assume the tide reaches there, especially as the tide can increase the height of the river by metres in some places. I am struggling to know what information I need to calculate this because I am more a biologist by training.

Any help would be appreciated! 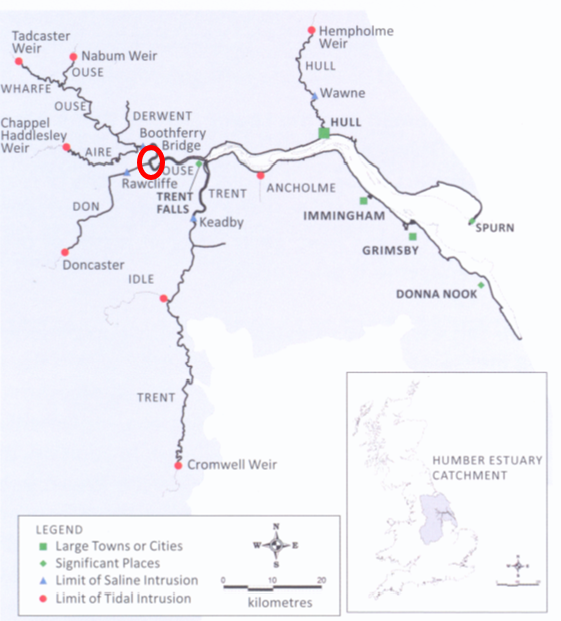 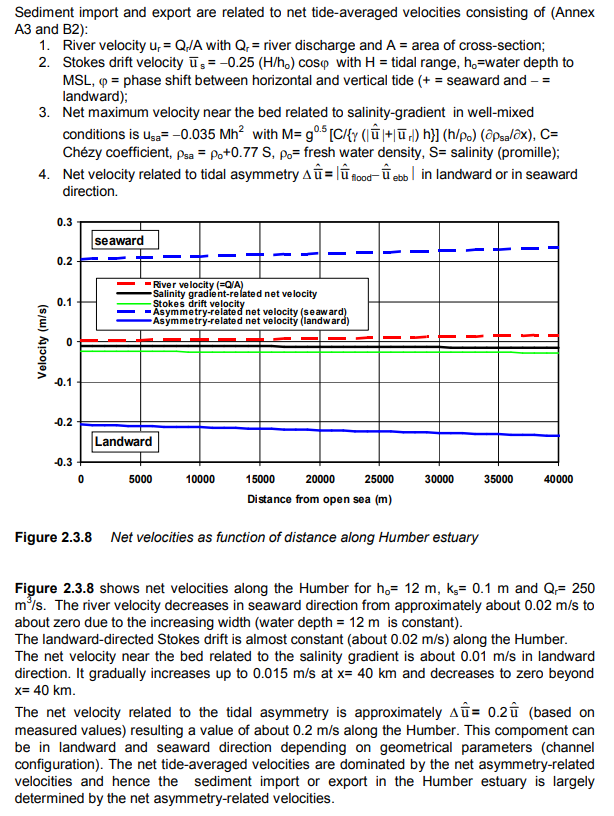 The tidal flow velocity is not the same thing as the mass movement. Think of the tidal flow as a pressure pulse that moves up the river. It moves much farther than the actual salt water movement. The extent of the brackish zone is much shorter. The relationship depends on the river flow and the shape of the estuary.

In your case, your source area is within the limit of saline intrusion so there is some mass movement upstream. Given that you are studying bacteria particles rather than dissolved salt, I would say that the limit of saline intrusion marked on your map is an upper limit for the distance it could move upstream. That is assuming that the bacteria haven't established a stable population that can reproduce and grow outward.

Not the answer you're looking for? Browse other questions tagged water rivers tides estuary or ask your own question.

5
Definitions of tidal harmonic constituents...?
4
Could parallel rivers flow in opposite directions?
6
Calculating Love numbers (tidal deformation) for non-homogeneous planets
5
Why is the tidal range at the entrance to the bay of fundy so high?
4
Effects of Dredging Estuary Channel on Water Flow