Average thunderstorm days for each month

You should start with NOAA services. They have a Storm Events Database going back to 1950, where you can do queries for states/counties of interest. If you are more interested in lightning data, they also have some products, including raw data from a private company (you'll need access for this) and freely available derived products.

I too don't know any direct sources. So you will likely have to do a bit of legwork. 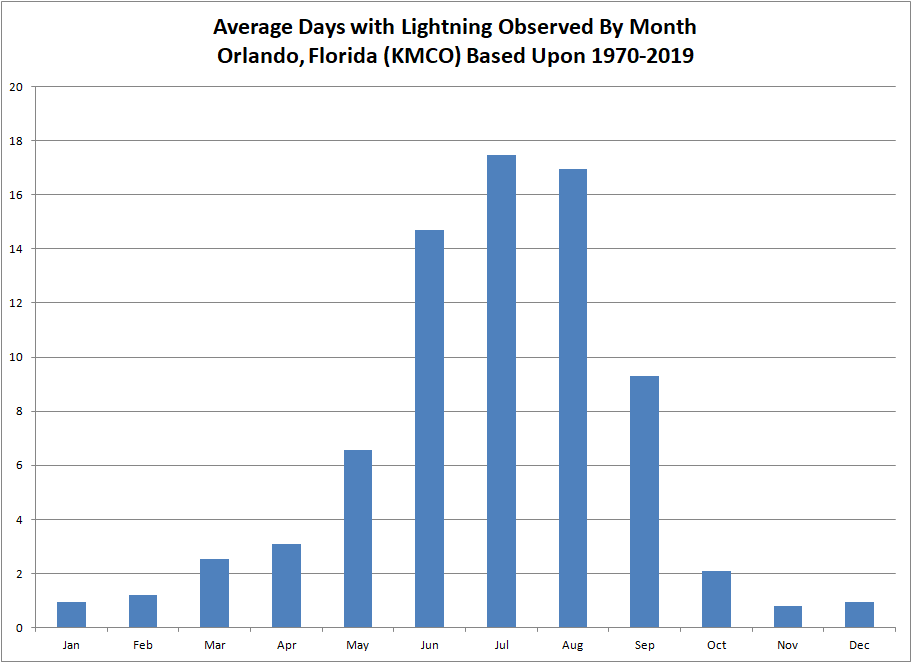 It's certainly not readymade :-(
But it does at least seem a way you could possibly produce enough climatologies in reasonable time to get a rough idea of the country (or other parts of the world?)?
Hope you/others can find something that is already completed, but if not, hopefully this offers something a bit useful.

(Those looking to go all-out nuts and make a full dataset could download full ASOS data from Iowa State or NCDC and put together a detailed script to pull out the pieces needed. Feel free to share the data here if you do!)

Not the answer you're looking for? Browse other questions tagged open-data thunderstorm or ask your own question.

19
Where can I get archived hourly temperature data?
12
What is a source of worldwide temperature data that also includes extreme weather?
3
How to best visualize temperature increase (due to climate change) using GHCN data?
2
Where can I find a list of snow fall recording stations in my zip code?
2
mountain database of elevation and distance from saddle (as a proxy for gradient)
3
Get atmospheric pressure values through JavaScript