A couple of things can be seen from this representation

Question is: do we know what? What is the reason for these gaps? 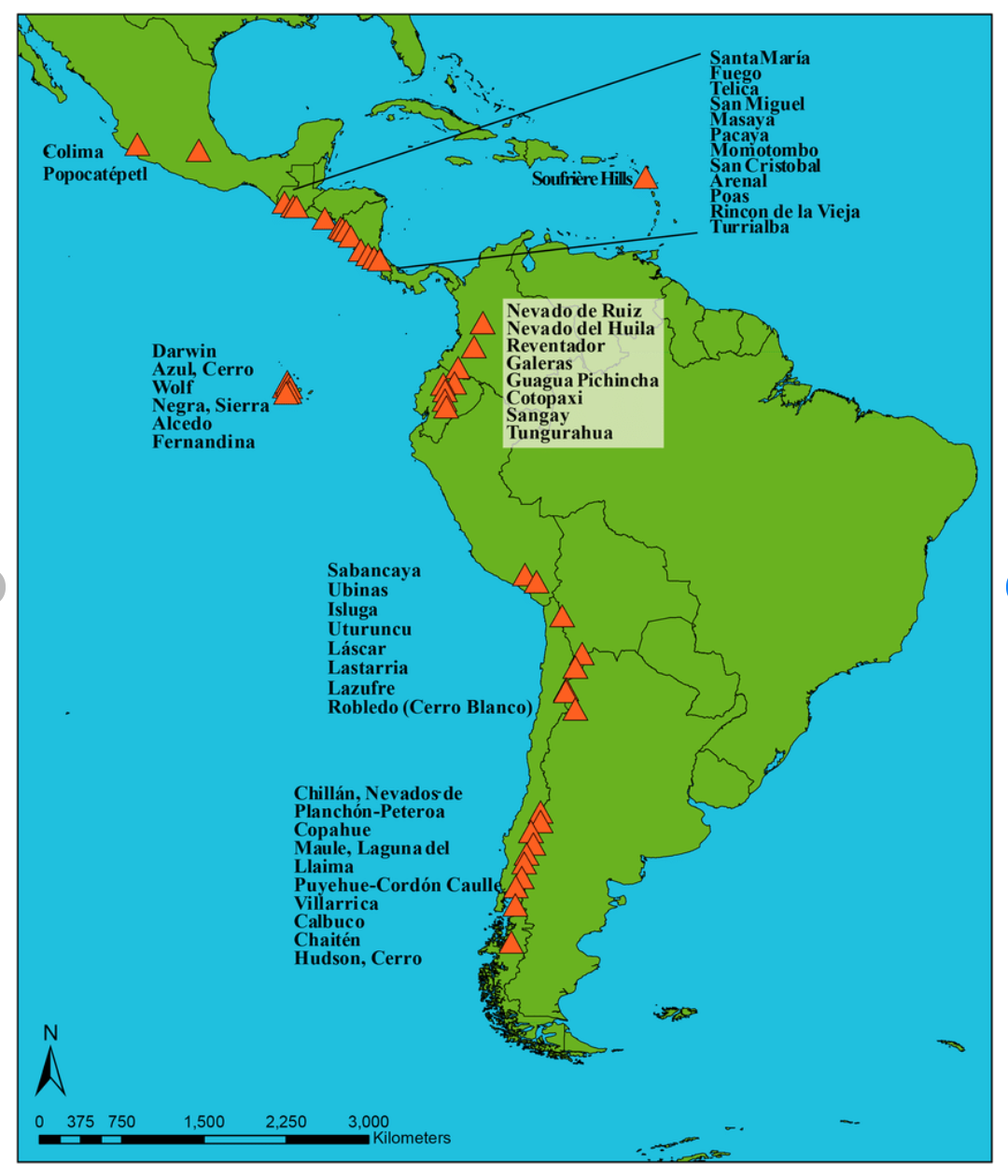 As you said, the Andean belt is divided into four segments, usually called the northern, central, southern, and austral volcanic zones (NVZ, CVZ, SVZ and AVZ, respectively; your map lacks the AVZ). This has been interpreted as a difference in the angle of subduction. Under the active zones, the subducting plate (called "slab") sinks into the mantle, releasing water, and the hydrated mantle partially melts, a process called "metasomatism". But under the gaps, the slab has a low angle ("flat slab subduction"), so it doesn't sink deep enough to trigger the melting process. There is no partial melting of the mantle under these zones. 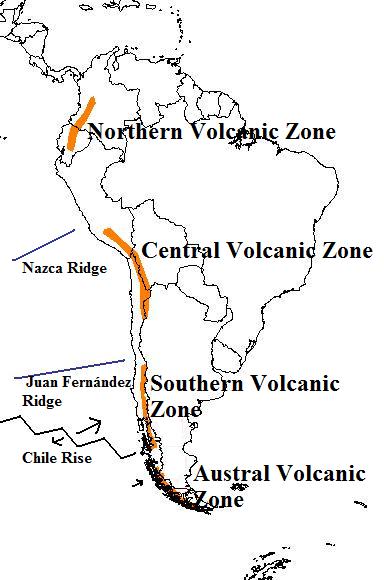 Image source; by Chiton magnificus in 2011 and placed in the public domain.

Two papers if you want to go further:

So, this is the setting. A relatively young plate plate is subducted under the south American continent. The subducting oceanic plate contains water that is squeezed out under pressure and starts to rise. Water (fluids) generally lower the melting point, so hot asthenosphere above the colder subducting plate partially melts, the magma, being more mobile, begins to rise and eventually reaches the surface, forming a volcanic arc that sketches the subduction zone on the suurface.

So why are there volcanoes in some parts of the subducting plate, and not in others ? This is a temporary state. At present ridges are subducted in these zones. These ridges are warm and less buoyant than the surrounding plate, they don't pass the asthenosphere but slide (after a short dip) (near) horizontally under the continental crust, causing uplift and orogeny (mountain rise). In the past, there has been volcanism in these zones as well, when steeper subduction took place.

So, yes, subduction is the whole story, but the type of subduction plays a role. The last link describes the current understanding of how these areas with volcanism will shift with subduction of the ridges, as well as sketches of the subduction types, as pictured by seismics.

Looking at your map, we see gaps where the magma plumes have so far failed to break through, perhaps in places where the crust was thicker. In places where it seems there should be more volcanoes, there could be plutons marking a failed attempt, or there could still be a rising plume which might one day succeed in reaching the surface. Close to a line of volcanoes, it could be that these volcanoes are bleeding off so much of the rising magma that the remainder finds it hard to break through to the surface.

Not the answer you're looking for? Browse other questions tagged volcanology plate-tectonics geodynamics or ask your own question.

0
How Can Adjacent Parts of an Oceanic Plate be Subducted in Different Directions?

9
Can volcanos cause isostatic depression
10
Can volcanos change the climate?
19
Do volcanos really create fertile soil?
14
What is likely to have happened with these newly discovered antarctic volcanos below the ice?
4
Where are these volcanos as seen in this space tweet?