I'm currently working on a project in which I need to create a metric to quantify drought. For the state of Pennsylvania, I have daily precipitation data from many NOAA precipitation gauges (inches of rain per day). I am attempting to create a metric that can quantify how much rainfall certain areas received, hopefully boiling it down to one number. The goal of the metric is to describe the 1960's drought. What's the best way to do this?

I've looked into many scientific papers for similar metrics, but most use more in depth models, and not just daily precip data. What are some good ideas? Average daily/weekly/monthly? Average number of days without rainfall?

One of the most widely used index to quantify the drought events is the standardized precipitation index (SPI) and it is actually based on precipitation time series only. The index is used, among others, also by the NOAA. 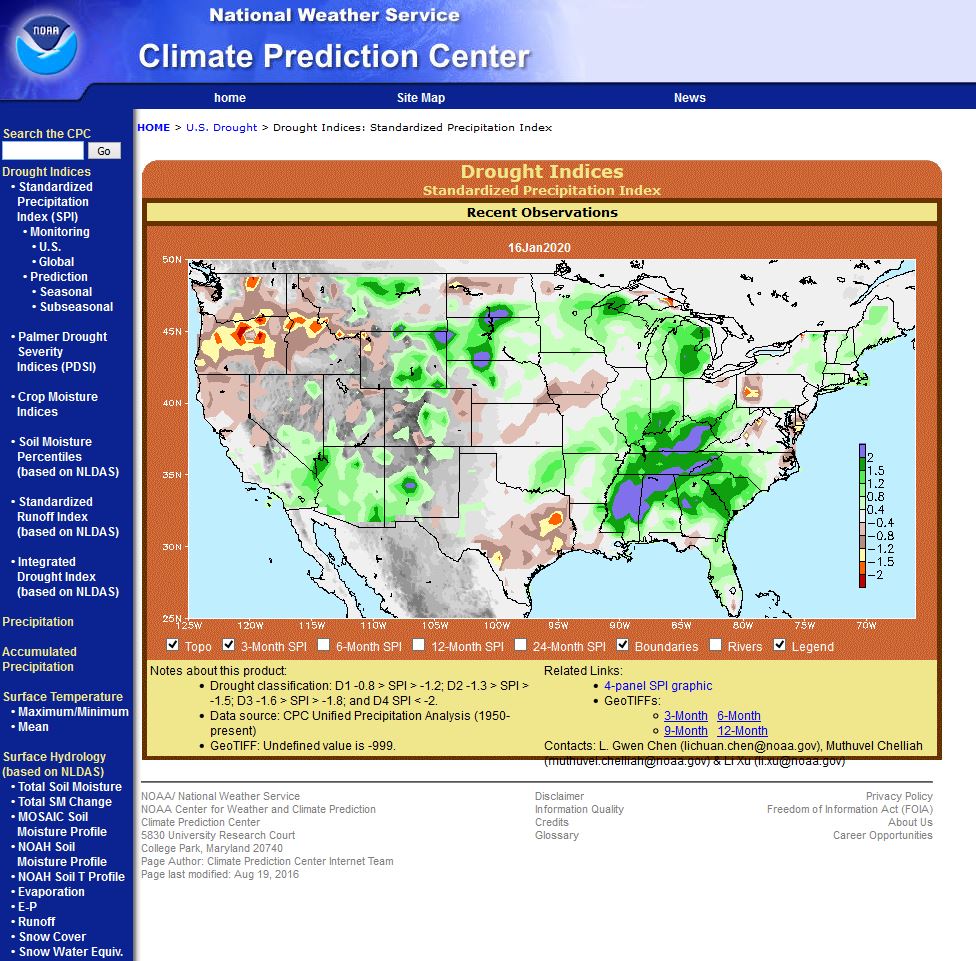 The index is a measure expressed in standard deviation units of the variation of the precipitation of a specific number of months respect to the long run average (WMO, 2012). The number of months based on which the SPI could be calculated usually varies between 3 and 48 months. Shorter time scales SPI is considered a good indicator of variations of soil moisture, while on longer scales (up to 24 months), it could be associated with groundwater or reservoir levels variation (WMO, 2012). That for, a shorter SPI (3 months) is often utilized to detect meteorological droughts; a medium SPI (6 months) is usually associated with agricultural droughts; a longer SPI (12–24 months) is associated with hydrological droughts. SPI was calculated using the R package SPEI (Beguería and Vicente-Serrano, 2014).

Usually the minimum requirements to have a robust estimation of the SPI is to have a precipitation time series of at least 30 years.

You could use the SPI to quantify the number of "droughts" (choosing a threshold under which you define the event - for instance see this) in a period for your area of interest and then aggregate the number of "meteorological", "agricultural", and "hydrological" droughts.