That said, that paper looks at p-waves and SV-waves. As I expect based on breaking down these particular body-waves into their corresponding (simplified) particle motions (with geology in mind), multiples from the surface are indeed expected. However, in my research, I've observed what is shown below: 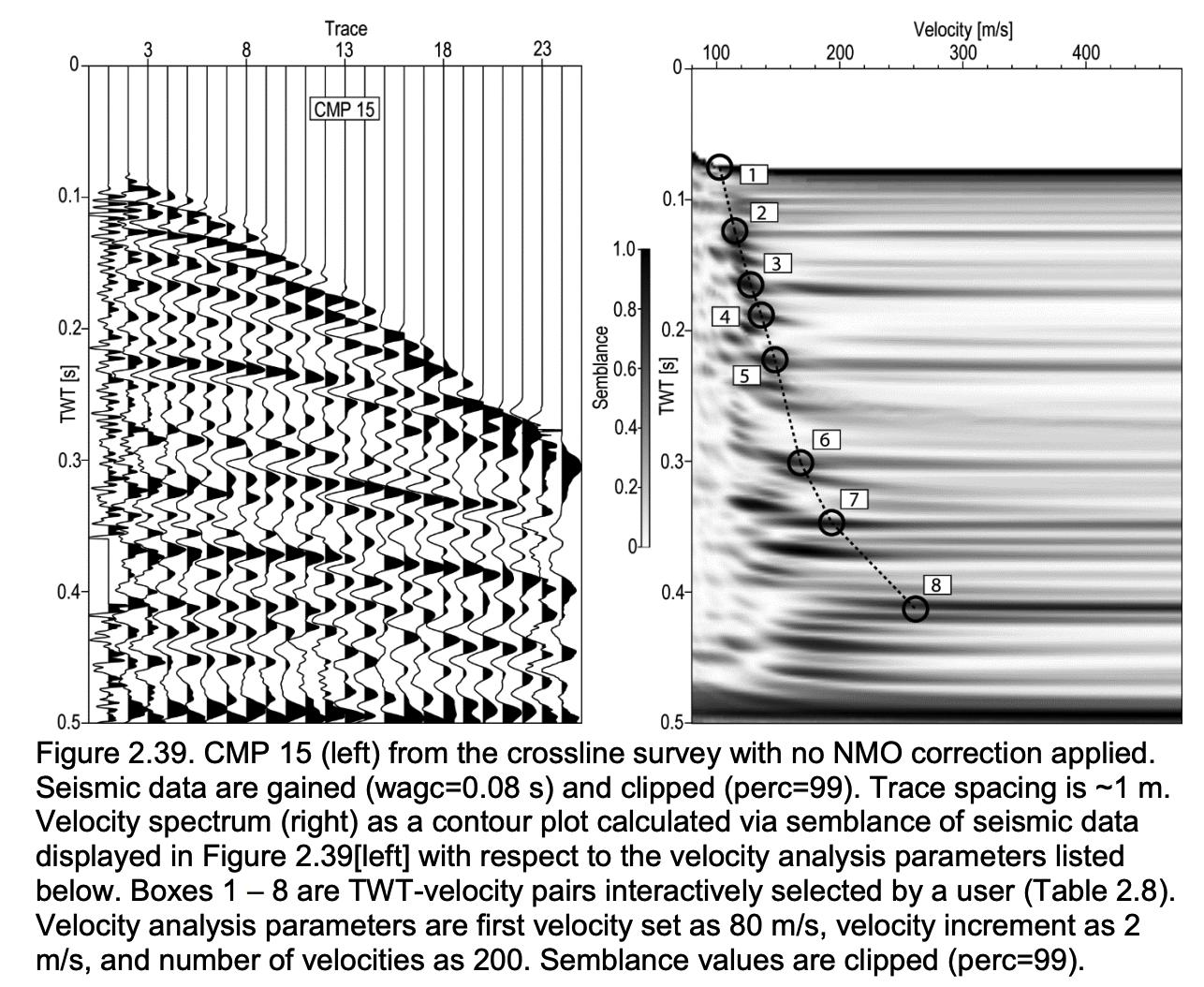 Some of the reflection events and semblance peaks here are undoubtedly indicate short- and possibly long-period multiples. I'm aware that layering is basically lateral and parallel with respect to the survey surface, so why is there pronounced multiple seismic events?

Note that the numbering I've included here is what I interpret to be primary events. For those related to multiple, for example, take the high semblance peaks left of and directly beneath 6 - 8.

Browse other questions tagged geophysics seismic or ask your own question.