How deep could the Vredefort asteroid have penetrated? [duplicate]

The asteroid which created the Vredefort impact crater in South Africa is estimated to have been between 10 and 16 km in diameter (the uncertainty is due to the age of the crater, which is more than 2 billion years).

Assuming the maximum estimate is correct, how deep could this asteroid have penetrated into the Earth's crust, and would the resulting crater have become filled or partly filled with magma like some of those on the moon?

The reason no mass extinction is associated with it is that at that time the most complex life on Earth was only single-celled. It should be remembered that the crust was thinner in those days, as was the case with the magma-filled craters on the moon.

Another important factor is the sped of the asteroid at the moment of impact, which we cannot know,therefore an average of mega-meteorite velocities will do. It is important to read this question carefully before answering,otherwise I have to keep repeating myself.

there is an interesting equation that demonstrates an rocky impactor hitting rock does not penetrate further than its diameter. Basically because a meteorite and the rock it hits have similar density several things cancel out so depth of penetration maxes out at the diameter of a spherical projectile. 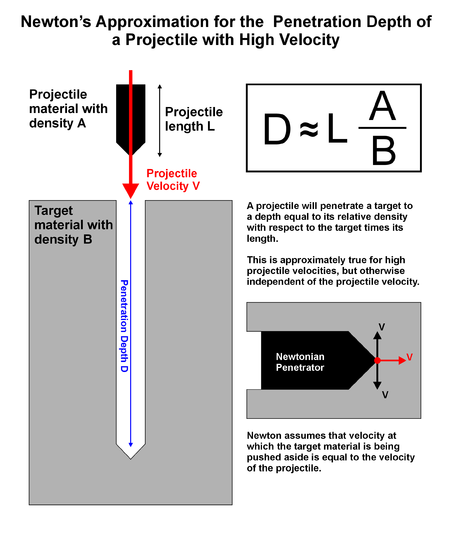 Here is more about impact craters in general. https://www.lpi.usra.edu/publications/books/CB-954/chapter3.pdf

Whether it hits on land or the ocean does not matter much either, although oceanic crust is thinner it is also denser, the mantle is even denser still so if it reaches the mantle it should penetrate even less than it would penetrating only crust. That said oceanic crust is only 5-10km in thickness so reaching the asthenosphere is completely possible.

Also keep in mind the depth of a crater is different than the depth of the penetration, a penetrator can generate a temporary crater deeper than it penetrated due to shockwave deformation, much like how a you can use your finger to push a depression into a balloon without penetrating it at all.

Would it fill with lava absolutely (at least partially) , just from the local rock melted from the impact alone.

Not the answer you're looking for? Browse other questions tagged asteroids impact-craters continental-crust or ask your own question.

12
How deep was the Vredefort Crater when it happened?

10
Could an icy/extremely-cold asteroid/comet ever strike and cool the Earth?