Do we know what the rigid mantle looks like?

The rigid mantle, which is hard and lies above the asthenosphere, is separated from the "crust" that we can see and touch by the Mohorovičić discontinuity. Wikipedia provides an image of what may once have been part of the discontinuity, but I haven't been able to find a good source on what the actual rigid mantle looks like.

Do we know what the rigid mantle itself looks like or how it would look to the naked eye? That is, if I could somehow use my Unobtainium 9000 SuperDrill to drill down to the mantle and excavate a 1 meter squared cube of rigid mantle, what would it actually look like once I got it up to the surface? Would it just look like a slab of random silicates like as could be found in some mine today? Would it look distinctly "alien"?

Above the asthenosphere is the lithosphere. The main constituent of the lower lithosphere is peridotite, a coarse-grained igneous rock containing the minerals olivine and pyroxene. Samples of peridotite can be found in the surface. Sections of ocean crust can be uplifted onto continental margins, forming ophiolites (perhaps the best-known example being the Troodos Ophiolite). They are also found as fragments in basalts and kimberlites, the vertical intrusions that often contain diamonds. So there are lots of places on the surface where you can go and see what the upper mantle looks like! But in the meantime, a closeup of a peridotite is shown below. 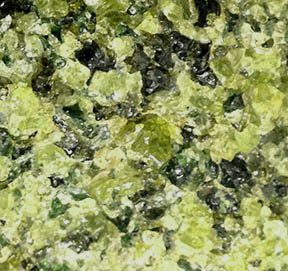 To complete the first answer with bigger scale images, here are some pictures of well-known mantle outcrops in Italy and Corsica (figure 4 from Rampone et al. 2020): 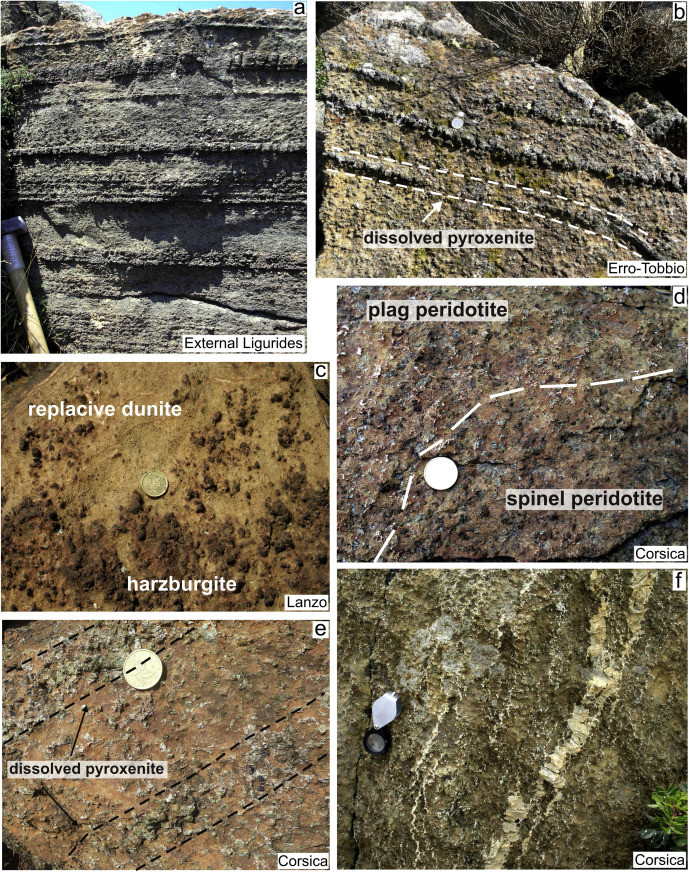 The Wikipedia article "Peridotite" given in the other answer has some details about those different lithologies:

To simplify, lherzolite is a "fertile" peridotite, i.e. a peridotite that can (partially) melts. When melt is extracted, it becomes a harzburgite and eventually a dunite, which are "depleted", refractory peridotites.

Not the answer you're looking for? Browse other questions tagged geology mantle or ask your own question.

10
How is heat transferred from the core through the mantle to the crust?
7
What's the difference between the upper & lower mantle?
13
Is Mars' mantle homogeneous or heterogeneous and what might this say about mantle convection?
4
Using current technology, is it possible to directly measure magma flow in the mantle?
8
How viscous is the Earth's mantle?
8
What is meant by phase-change in mantle?
5
Utah rock pattern identification - looks like small craters
6
What is this geological formation in the Santa Cruz mountains that looks like a cave interior?