Do northern lights (aurora borealis) show the same visual activity all along their visible latitude range?

Probability aside regarding their visibility (I did read on Neil Davies Aurora watcher's handbook that probability is highest in the middle of their latitude range called aurora oval, lowering both north and south of it), do they show the same visual effects all along their latitude range?

For example, during a geomagnetic storm that NOAA classifies as 3 (Kp=7), what would be the visual difference between a viewer located at the limiting visibility latitude of Kp=5 and Kp=3?

Would the visibility oval shift southward instead of increasing in width and hence also shift the middle of its visibility latitude range southwards? Animations I have seen on NOAA 30 minutes forecast seem to support the latter, however it was just eyeballed and not quantitatively assessed.

Weather conditions all the same, is the best viewing line in the middle of the latitude range or is it simply the most probable line in which it'd be visible? Or would it have added benefits other than probability? 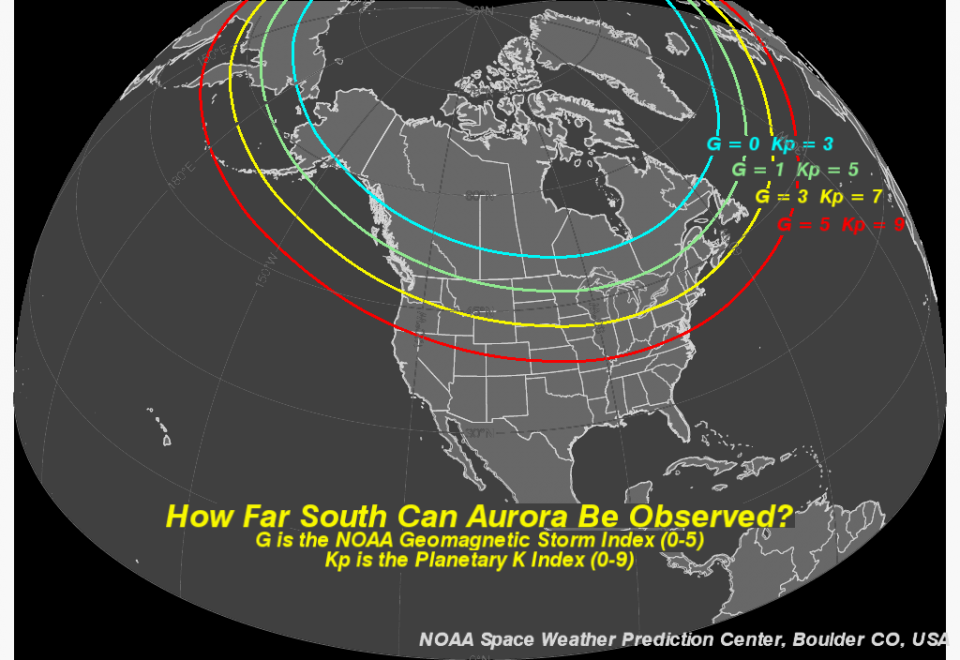 Browse other questions tagged geophysics sun auroras or ask your own question.