How are stratigraphic limits defined before the Phanerozoic?

International Commission on Stratigraphy defines the limits of geological ages and they create this chart: 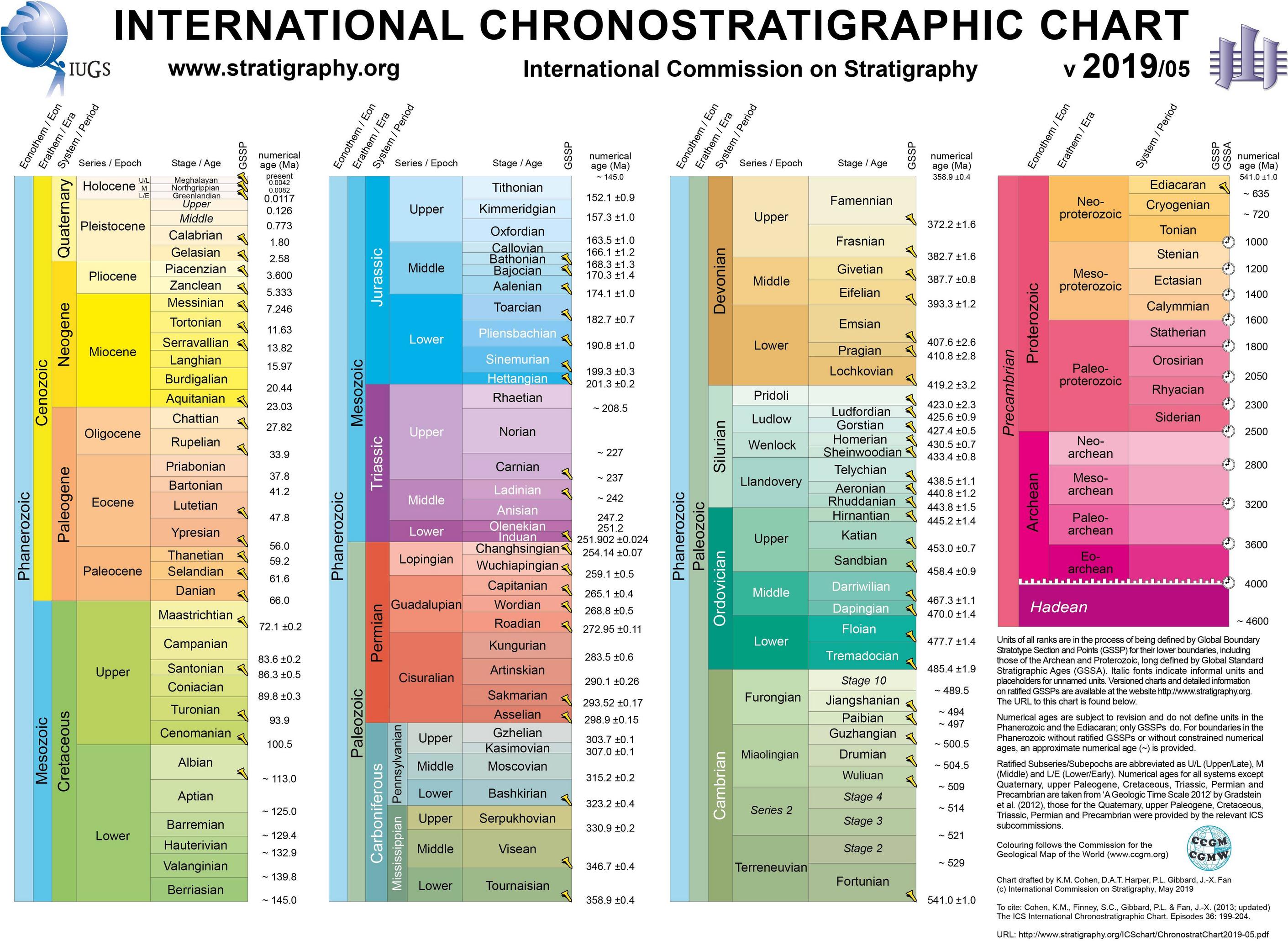 The standard stratigraphic nomenclature is a chronostratigraphic system based on palaeontological intervals of time defined by recognised fossil assemblages.

However, until Cambrian, there are not fossils (except chemical traces of unicells).

How are the limits between units defined at Precambrian?

The standard stratigraphic nomenclature is a chronostratigraphic system based on palaeontological intervals of time defined by recognised fossil assemblages.

That's wikipedia for you. This is incorrect. The point of a Global Boundary Stratotype Section and Point (GSSP) is to identify a global boundary with a very specific archetypical example. While a recognizable and global fossil assemblage is preferred, sometimes there are better choices and sometimes such assemblages don't exist.

For example, the stratigraphic boundary that marks the start of the Cenozoic Era, (and the Paleogene System, Paleocene Series and Danian Stage) is a millimeter thick layer of fossil-free clay near El Kef, Tunisia. This clay layer was laid down about 66 million years ago and can be found in many places around the world. This layer is distinct, unique, and occurs worldwide. That clay layer contains the remnants of the dinosaur killer asteroid.

How are stratigraphic limits defined before the Phanerozoic?

All of the International Commission on Stratigraphy boundaries that predate the base of the Ediacaran are currently defined in terms of time called Global Standard Stratigraphic Ages (GSSAs). That's a fancy name for a rather arbitrary point in time.

14
How have global sedimentation rates changed over the last billion years?
13
Which are the biggest methodological differences between the archaeological and geological approaches to stratigraphy?
10
Is there a database of the geologic/stratigraphic units of France?
12
How to interpret the use of late and early Tertiary from older literature?
8
How accurate is the law of superposition?
11
How did CO₂ originate on Earth before there was life?
3
When sediments are deposited, do they sink into the earth?
2
What are the key elements defining the separation between Jurassic and Cretaceous?
0
How was the onset of the Cambrian period dated?
2
How can we distinguish fold and cycle of sedimentation on a remote sensing image or in the field?