So Indian peninsula has v shaped mountain ranges. Western ghats and Eastern ghats as shown in the picture. 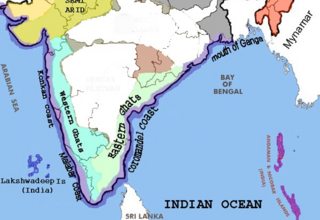 During Summer Monsoon, the wind flows from Indian ocean to land mass, and due to Coriolis force it bends right, and hits western ghats almost perpendicularly, and Kerala, Southern most west coast state gets orographic rain in windward side of the Western Ghats. The eastern coast however does not get rainfall, as the winds direction is parallel to eastern ghats. 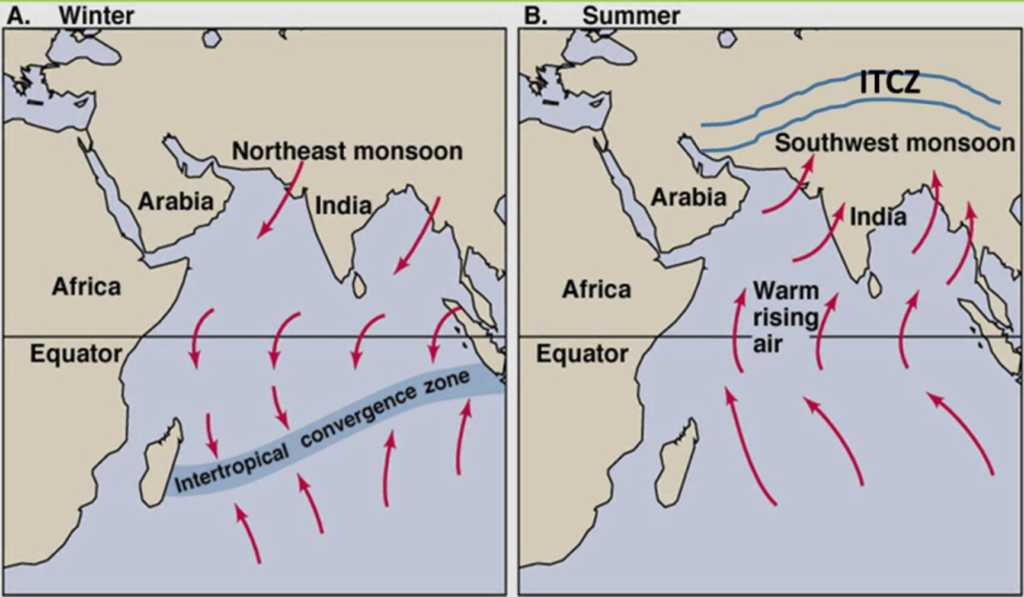 I was wondering that if theoretically if we build artificial mountains (annotated in red), we should be able to get orographic rains along east coasts? I am not sure how much of the South West monsoon wind flows over the landmass of southern India and how moist it is?, as it is likely the western ghats block them significantly. Where and how can I find and interpret the wind data? 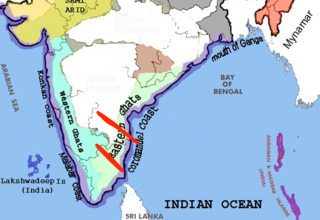 Browse other questions tagged climate wind rain monsoon or ask your own question.

12
Why is heavy precipitation from atmospheric rivers more likely to hit the West Coasts than the East Coasts?
6
Does the Coriolis Effect affect a wind from East to West?
9
Why do rivers sometimes travel down the opposite side of the mountains from where the rain happens?
2
Why the Indian Monsoon doesn't start in the north?
2
Why do some parts of the West Coast of North America get hot later in the year than others?