I frequently read $\ce{CO2}$ have a spatially constant concentration sadly rising and at 415ppm at present. That concentration do not vary a lot spatially I think. You will find ~415ppm at Argentina or at Taiwan.

However this is not the case for $\ce{H2O}$; some regions are dry, some others are wet.

Can you explain to someone not trained in atmospheric sciences what makes $\ce{H2O}$ especial?

The brief answer is 'the water cycle' I think.

A longer answer is that water can exist in many states on and above the surface: at least snow, ice and liquid water on and below the surface and water vapour (gas) and aerosols of liquid water or ice (clouds) in the atmosphere. On the other hand $\mathrm{CO_2}$ can only exist in one: gas.

What that means is that $\mathrm{CO_2}$ is as well-mixed as any other long-lived gaseous component of the atmosphere over time, which is 'pretty well'. Components of the atmosphere, such as $\mathrm{SO_2}$, which are not long-lived don't get mixed so well because they don't have time to be. For water the situation is even more complicated because there are complicated phase transitions going on within the atmosphere, and because the distribution of liquid water is extremely dependent on topography, and in particular it can move large distances from where it originates.

All of these transitions are driven by energy from the Sun which varies over the planet.

So the end result of all that is that

Your reading sources are overly simplistic. Carbon dioxide concentrations are not spatially constant, and the increase is not monotonic. They instead vary by several percent over the course of a year and over the globe. This is particularly the case in the Northern Hemisphere, where CO2 concentrations increase during the winter when land plants are dormant but decrease during the summer when land plants draw down CO2 levels. 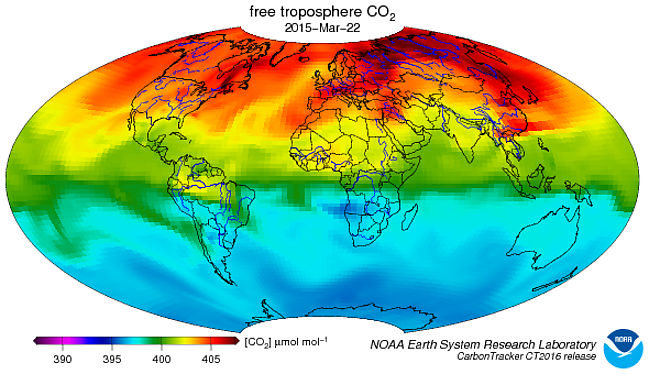 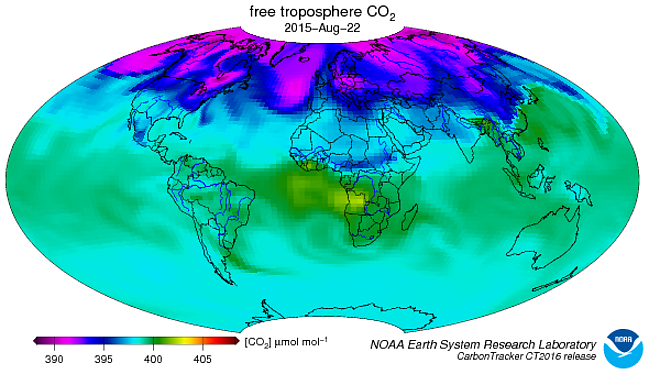 The net change over the course of decades is, sadly, upward, as portrayed in the graph that follows. This graph portrays CO2 concentrations as directly measured at the observatory at the top of Mauna Loa. These measurements represent the longest continuous record of direct atmospheric CO2 concentration readings. The red curve shows the monthly averages. This curve exhibits a sinusoid-like curve atop a ramp. The black curve has the seasonal variations removed, making it much closer to a monotonic ramp. 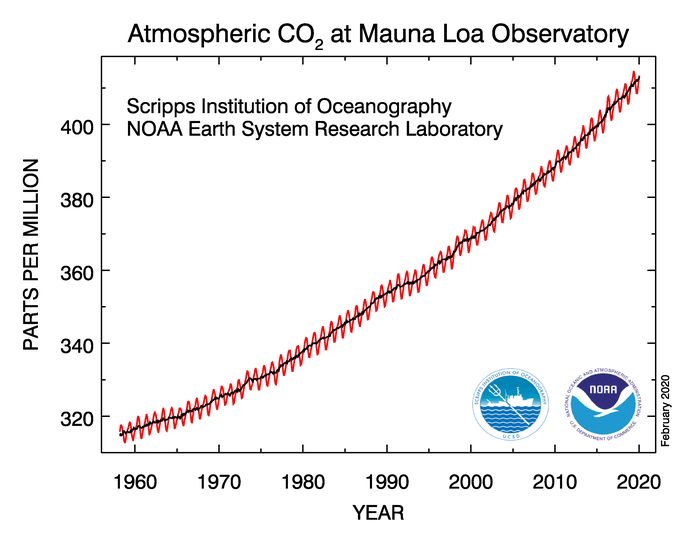 Can you explain to someone not trained in atmospheric sciences what makes H2O special?

Water is the only common substance on Earth that exists as a solid, a liquid, and as a gas in the Earth's atmosphere. While some alcohols, some oils, and elemental bromine have somewhat similar melting points and boiling points, none of these is as stable chemically as is water, and none is anywhere as close to common as is water. 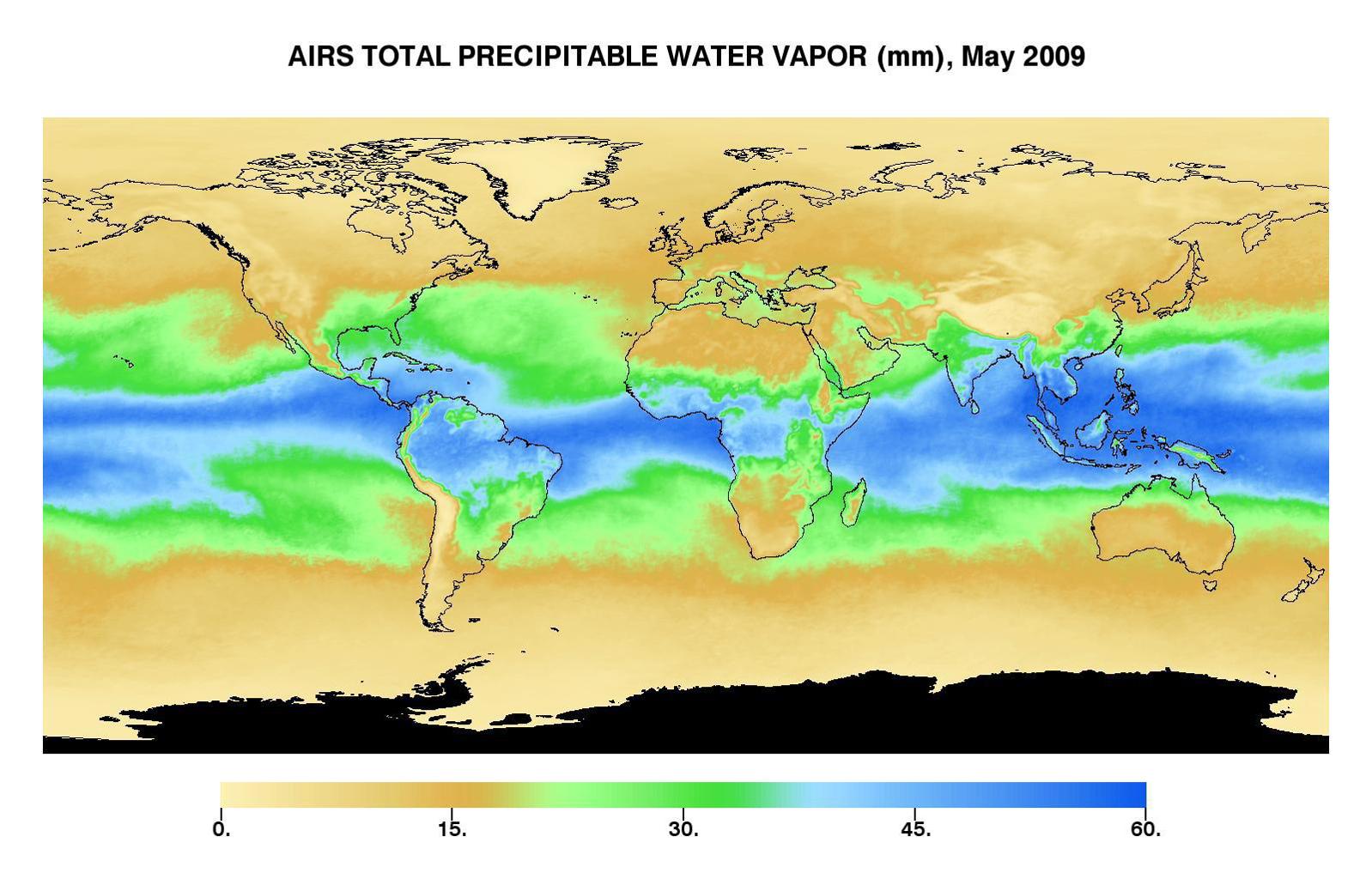 As the air rises it cools and the pressure becomes lower, so it sheds its moisture as rain over an equatorial region which used to be covered in rain forest and where, despite the depredations of man, there is still a lot of rainforest left. These Hadley cells are the main reason why moisture and rainfall are unevenly distributed. Mountains and plateaus are another cause.

Having shed most of its moisture and moved north, in the northern hemisphere the Hadley cell descends over the Sahel and other desert and semi-desert areas around the globe. They are deserts, of course, because the dry air of the descending cell creates high pressure, so very little rainfall.

A similar state of affairs exists in the southern hemisphere, but as there is less land and more ocean to the south, there are fewer deserts than in the north.