Comparing the Earth with a basketball?

What would the basketball-sized Earth look like? Will it look like a marble ball with shinning smooth surface? 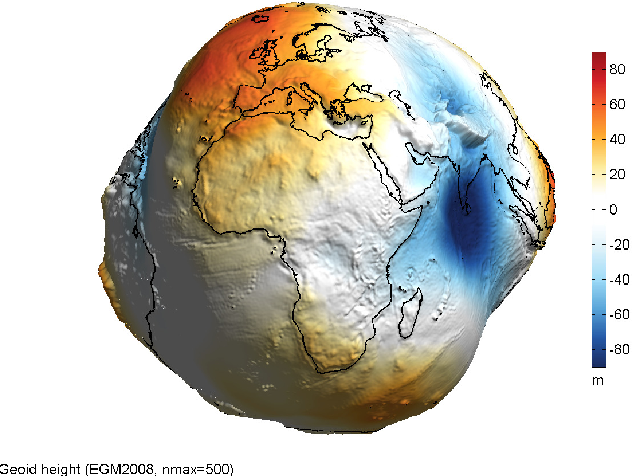 The above image is by the author of the image. The title says what the image shows, which is the geoid height. The legend shows that the variation from the highest to lowest geoid height is less than 200 meters. Compare that with the 19.777 km altitude difference between the highest mountain above sea level and the deepest trench below sea level. The image shows the Tibetan plateau as below the reference ellipsoid and shows the Java trench (not visible in the above) as above the reference ellipsoid. This is not a world without oceans.

So what does the image show?

Look at the Tibet Plateau in the rotating image. It is blue, which means the geoid there is below the reference ellipsoid. Look at the Java Trench. It is the very deepest red, which means the geoid there is above the reference ellipsoid. The Rocky Mountains are white, no different than the rest of the northern North America. The Alps are reddish, but not as red as is the eastern North Atlantic.

The Tibet Plateau shows up as a depression in this image instead of as a large elevated land mass because it is are very large blob of rock that has less than average density. The rock near the Java Trench is very dense basalt.

An image of the Earth without water

An image of the Earth without water, slightly exaggerated, is shown below. 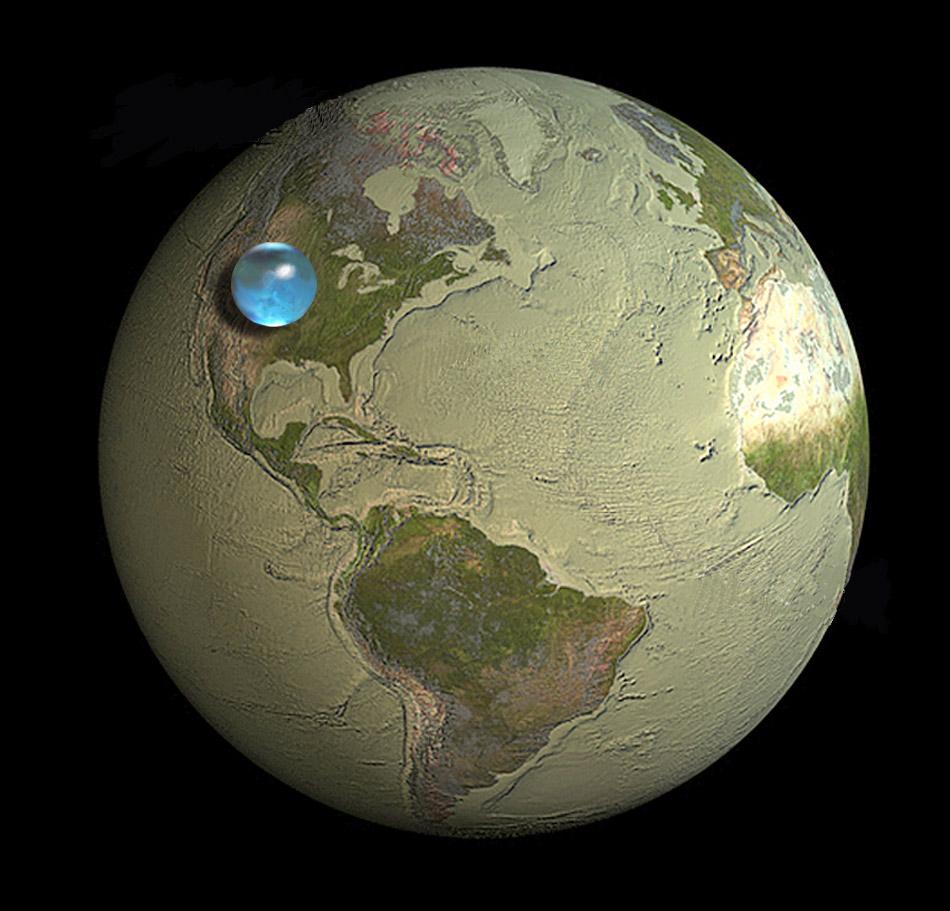 The Earth is round rather than lumpy. For portrayal purposes, a ball of water about 1365 km across hovers over the western US. That ball represents all of the Earth's surface waters.


Comparison to a basketball

What about smoothness? Basketballs are not smooth. They are intentionally designed with stipples (pebbles) and channels so as to make basketballs easier to handle. There are patents galore regarding the size, shape, and placement of those pebbles and channels. The pebbles are a bit higher than 0.17 millimeters and the channels are significantly deeper than 0.2 millimeters. The Earth is smoother than a basketball because basketballs are unsmooth by design.

The deviations of Earth from a sphere are of order 20 km. This approximates both the difference between equatorial and polar radii (defining an ellipsoid) and the difference between the highest and lowest points (Mount Everest and Mariana Trench) relative to the ellipsoid. A basketball is about 50 million times smaller than Earth, and the corresponding deviations on a basketball would be 0.4 mm.

The depth of the main grooves or "ribs" on a real basketball is about 2 mm. I am unable to find a source for the thickness of the numerous bumps or "pebbles" on a real basketball, but it is plausibly close to 0.4 mm. Thus, the bumps that cover the ball are somewhat to scale with the largest 20 km features of Earth, though of course Earth does not have such density of 20 km features.

A basketball is a sphere while Earth is an oblate spheroid, meaning Earth's equatorial radius is larger than its polar radius (as mentioned already in David Hammen's answer and nanoman's answer, I have just introduced the name for this phenomenon).

What exactly is an oblate spheroid?

If you take an ellipse and rotate it around its major (longer) axis you get a prolate spheroid, much like an Australian football:

If you rotate the ellipse around its minor (shorter) axis, you get an oblate spheroid, more like a lentil, M&M chocolate, or mandarin fruit: 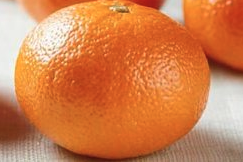 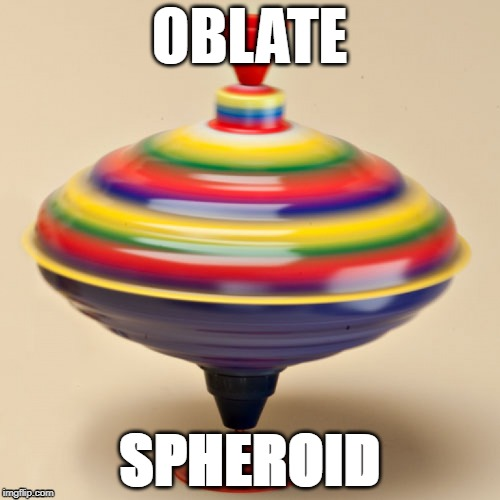 Here are the oblate and prolate spheroids side-by-side: 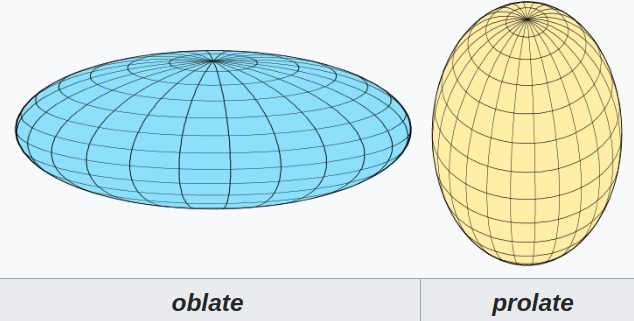 This is a sphere: 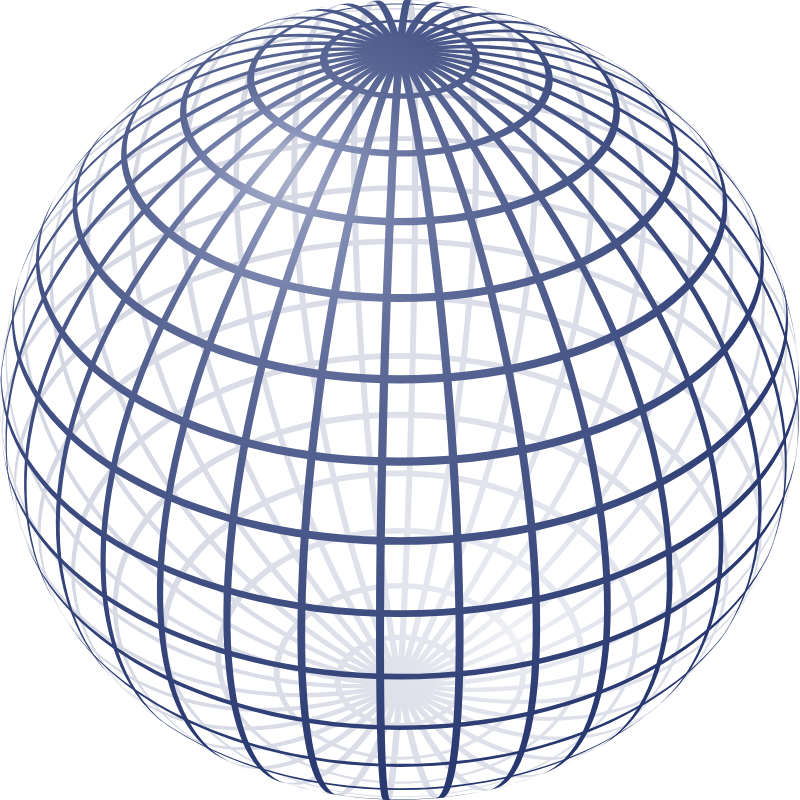 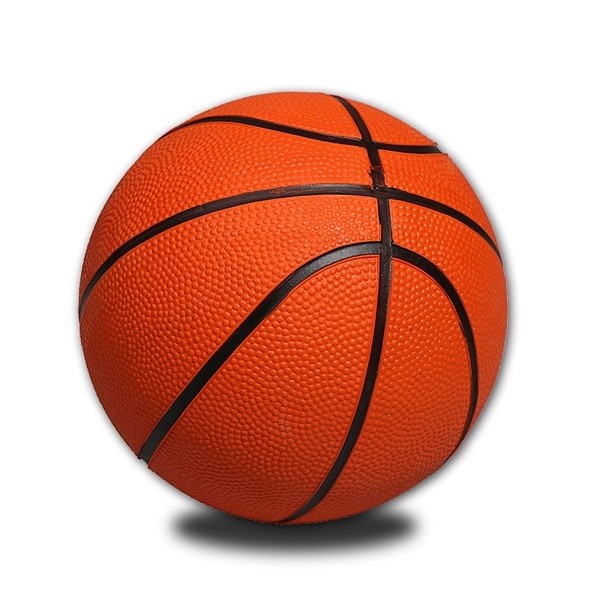 Earth is an oblate spheroid, so a basketball is not the best model. A mandarin fruit is better.