During the last years I have taken many pictures of obviously retreating glaciers and empty moraines in Greenland - just like this one. Looks devastating, actually. In my understanding, the current retreat of the glaciers is due to anthropogenic climate change.

(Picture taken about 500 km north of the polar circle on the Nussuaq peninsular, Greenland, August 2019) 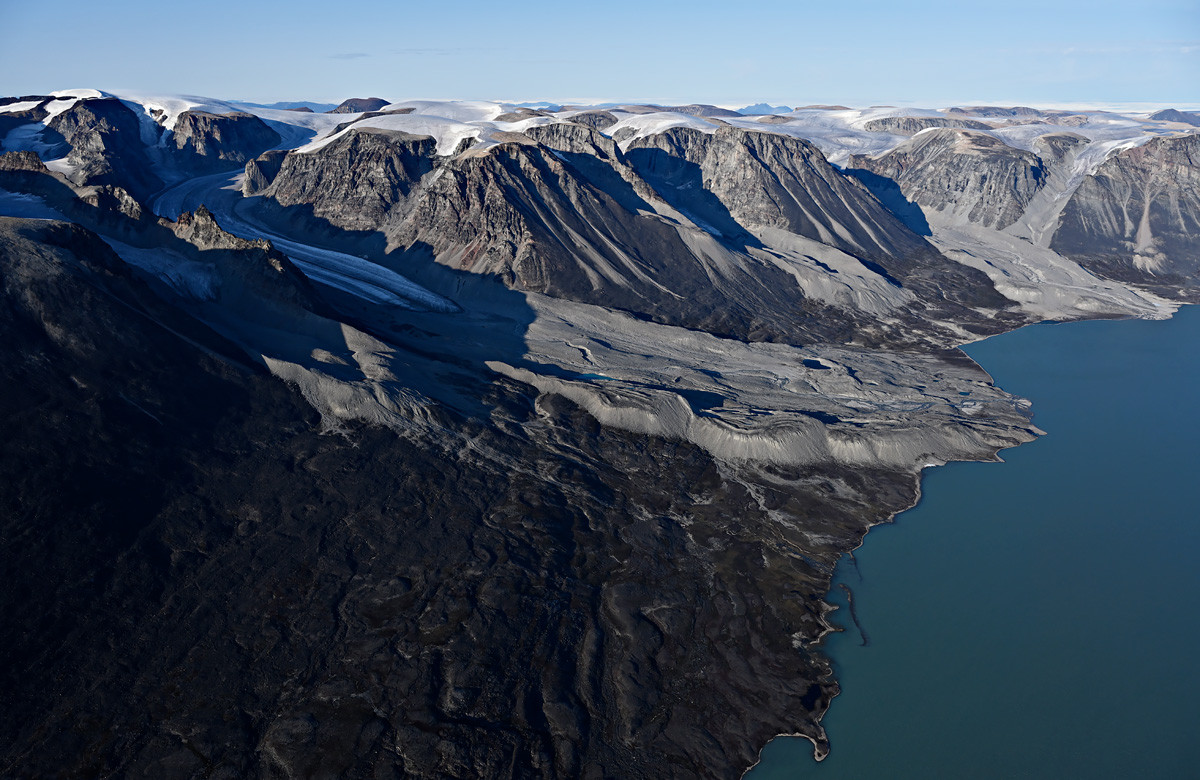 When I have a look at the satellite image (screenshot from google earth) of 2016, the size of the glacier tongues seems plausible. 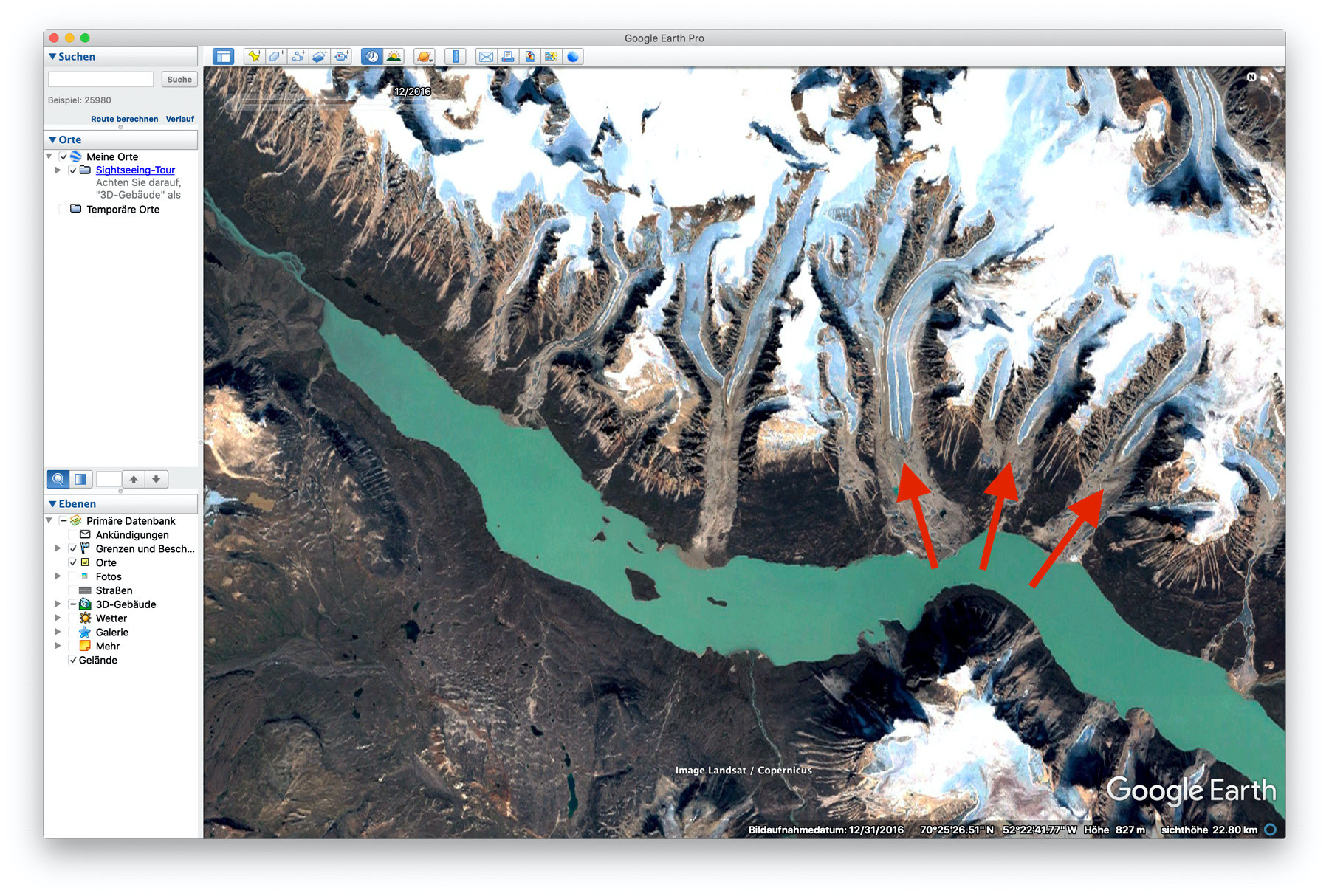 Looking at the satellite image from 1984 (it's also a screenshot from google earth), it irritates me that the differences in glacier extent in the satellite images seem to be relatively small. Of course I know that the loss of mass of the ice is not only reflected in the shrinking area but also in the reduced thickness of the ice. What still irritates me is the fact that a massive retreat of the ice must have taken place before 1984.

Local Greenlandic people told me that only a few generations ago, these glacier tongues were driven by dog sleds to go from valley to valley in winter when the sea was frozen over. That would not be possible today. 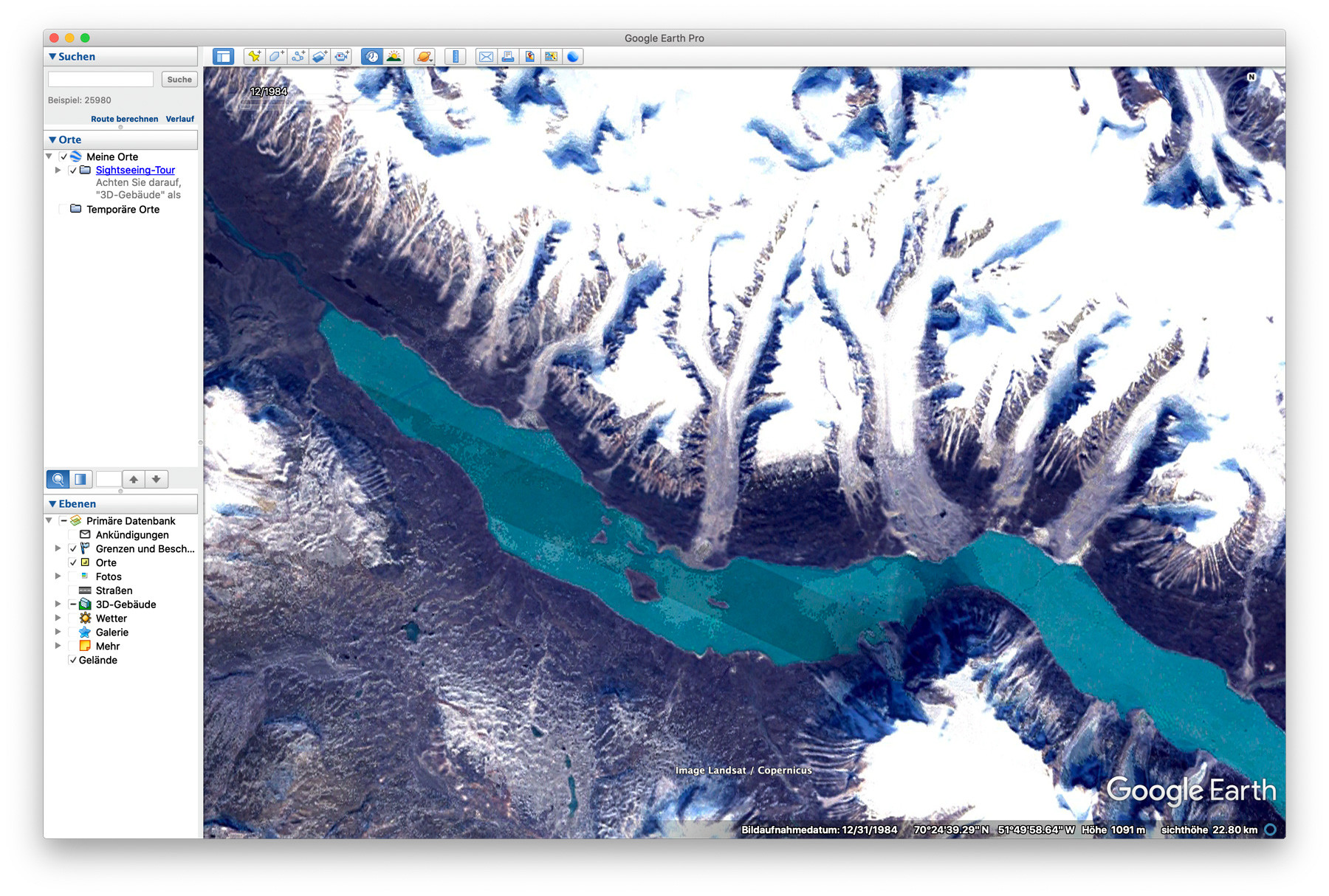 Now I ask myself:

Thank you in advance for sharing your thoughts on this!

PS: I've discovered the picture from 1984 via this time-travel function in Google Earth (Pro). I think the month (12) isn't correct because in winter there should be more snow visible. Maybe the month just isn't specified because all older pictures seem to default to December.

Browse other questions tagged climate-change glaciology arctic greenland or ask your own question.

16
How much would the Greenland landmass isostatic rebound contribute to long term climate change?
4
Is glacier growing a hoax?
3
Was there once a glacier over Starcke national park in Queensland Australia?
9
Dataset for expected sea level rise in case of massive meltdowns (Greenland/Antarctica)
8
The giant 6,000 km$^2$ iceberg A-68; will ground-truth telemetry supplement satellite tracking data?
5
Nonlinear Stokes equations for glacier modeling
4
Weather conditions to create significant glacier growth
10
What does "glacier collapse" mean?
2
What behaviour does an ice sheet exhibit in crossing a cliff?