Looking at different world maps, I noticed that there is considerable variety in how the coastline of Antarctica is depicted (even when taking the different map projections into consideration).

Are these discrepancies caused by the fact that the coastline of Antarctica has not been precisely mapped because the ice sheet obscures it in satellite and aerial photography? Do we have the technology to look through the ice sheet and locate the bedrock and has it been used on every part of Antarctica's coastline, or does map data still contain some guess work and interpolation?

Or are there perhaps competing ideas about how a coastline covered in ice should be outlined on a map? I noticed e.g. that Google Maps displays Berkner Island while Wikipedia claims that the island's bedrock is completely below sea-level.

Examples: Google Maps has a very different outline for the islands under the Filchner-Ronne ice shelf than other sources: 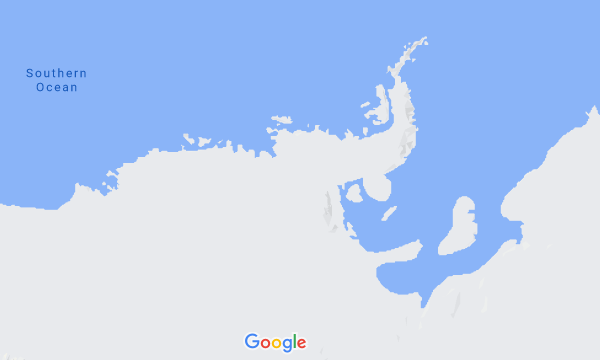 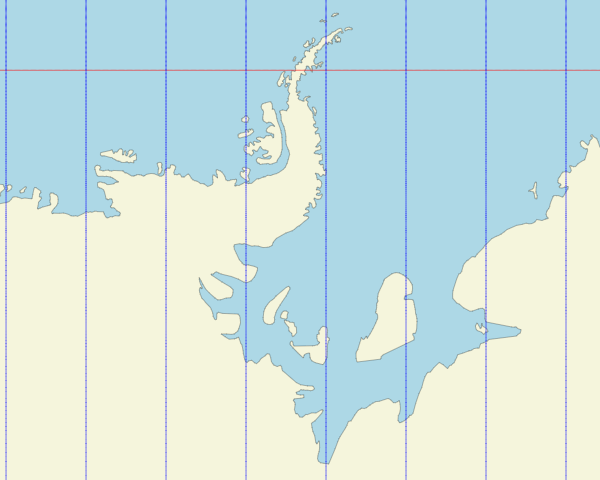 example 2: from an example using the D3-Geo-Projection code library (not sure where the dataset is from) 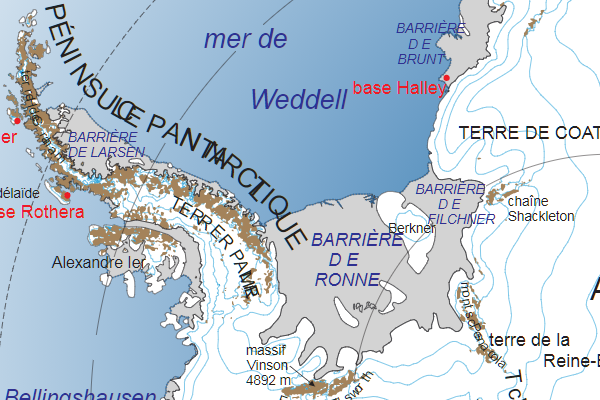 To complement the other answers: it is also true that the coastline in that region hasn't been fully documented yet, primarily because a large amount of it is covered by glaciers.

As an example, Sif Island (arguably of moderate size but still) was only discovered last year in the Amundsen Sea embayment (at the left end of your second map) by the THOR expedition when the glacier melted enough for them to see it.

The key sentence here is

(not sure where the dataset is from)

Every cartographer has to decide what level of detail to use. Mathematicians discovered the Coastline paradox for themselves in the 1960's, but it has always been a fundamental part of cartography.

Different sources of data will come out of different methods of data collection, digitization, and storage.

Regardless of the method used, somewhere there has to be a cutoff. You can't represent a detail smaller than the pen you (or computers) draw it with. The cutoff may be a concsious decision of the cartographer based on the purpose of the map, or an effect of the software used. Or just carelessness.

But this means that different datasets and choices of representation will result in a radically different appearance of the map.

Not the answer you're looking for? Browse other questions tagged geography mapping ice-sheets antarctica or ask your own question.

4
How much change has there been to the shape of plate boundaries over geological time?