What are Atmospheric Rossby Waves and how do they affect the weather?

If you take a look at midlatitude weather on any given day, you will find a pattern of upper tropospheric winds that look like this (source: NWS): 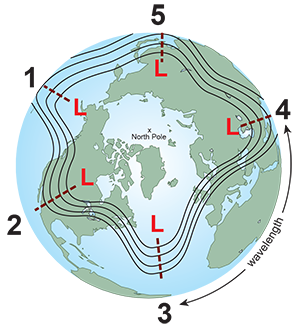 Notice how it looks like a wave? These are called Rossby waves. You may imagine that the jet stream is imbedded in the ups and downs of these pressure contours. If we take a look at a typical winter storm (here is a random storm from 2003): 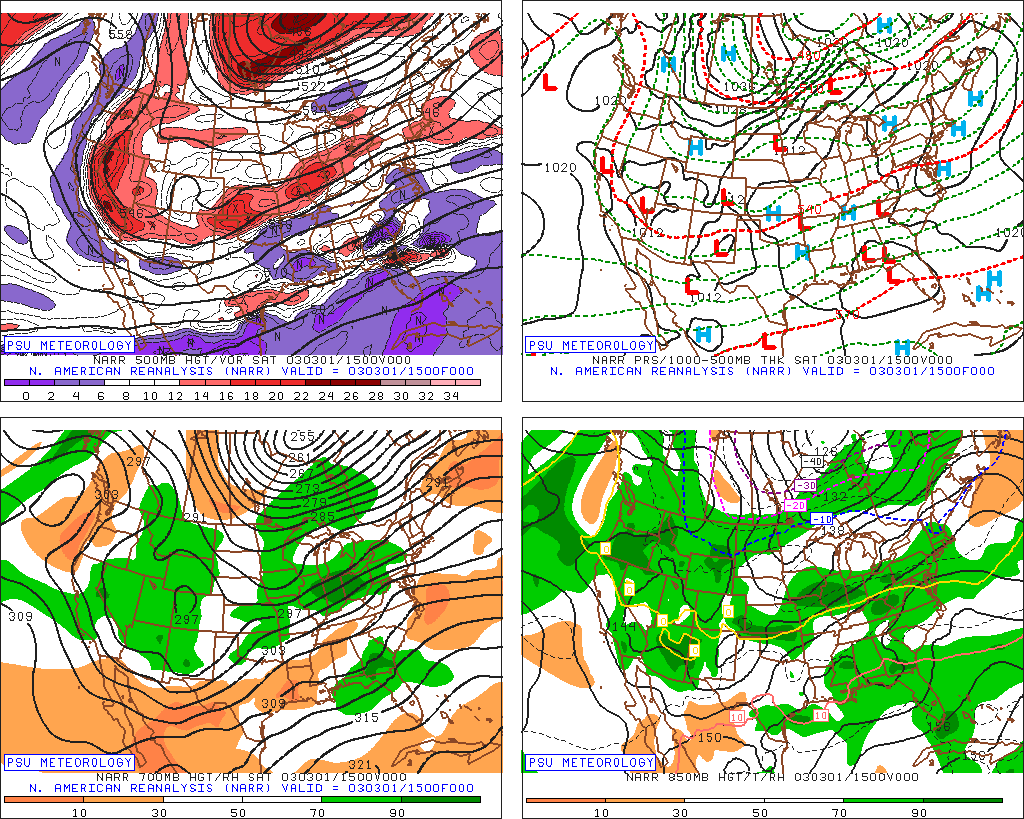 Notice how wavy the 500 mb heights are? Don't they resemble the first figure?

Now you might say "I've seen those things and they definitely move west to east." This is true. That is because the prevailing wind is westerly (in the above examples). This can be shown in a mathematical analysis, though it should be noted that baroclinic Rossby waves (mostly in the midlatitudes) propagate slower than barotropic Rossby waves, which is what this analysis works on.

I can probably into more extensive detail about Rossby waves, but I'll just end here.

Not the answer you're looking for? Browse other questions tagged meteorology atmosphere or ask your own question.

3
Now Mars is pulsing 3 times per night in the UV, can anyone explain these waves in simple terms? Do these waves happen on Earth?

12
How is the Rossby Radius used to determine that synoptic weather systems are 1000-2000km across?
10
Wet and dry seasons - what are they and how do they form?
12
What are baroclinic and barotropic waves?
15
Why are weather service atmospheric pressures systematically different from those I measure in Johannesburg?
3
If North America were in the southern hemisphere, would the mountains and high desert have to be -east- of Tornado Alley?
7
How will climate change affect planetary waves?
7
Easterly Jet Stream
4
What are the basic rules of how light and seasons affect landscape and objects lighting?