What happens when a mid-ocean ridge sub-ducts underneath continental crust?

I'm aware that oceanic crust always sub-ducts to continental crust, but surely the geologic forces pushing the ridge apart in the first place isn't just going to turn off, right?

Any answers would be greatly appreciated.

We probably can't say that any one thing will happen in every instance. The particular effects of any one such subduction will probably depend on the event's geometry and the continental rocks doing the subducting.

That said, we can talk about a famous instance of this, when parts of the East Pacific Rise (between the Pacific and Farallon plates) first started going under North America about 30 Ma ago.

Subduction itself is a destructive process: oceanic sediments and water lower the melting point of the crust being subducted, so the subducted plate melts.

So, for the most part, the Pacific-Farallon rifting centers were just swallowed up, and we don't consider the Farallon plate to exist anymore, just its remnants, such as the Juan de Fuca and Cocos plates. A large transform fault, the San Andreas Fault, formed in the gap.

However, the tendency to rift is still there: A bunch of previously North American continental crust was rifted off onto the underlying Pacific Plate oceanic crust, forming Baja California, and the San Andreas Fault adjusted itself to meet the rift. This was more likely a recent extension of the rift north from the Rivera triple junction than remnant Farallon slab pull under North America. 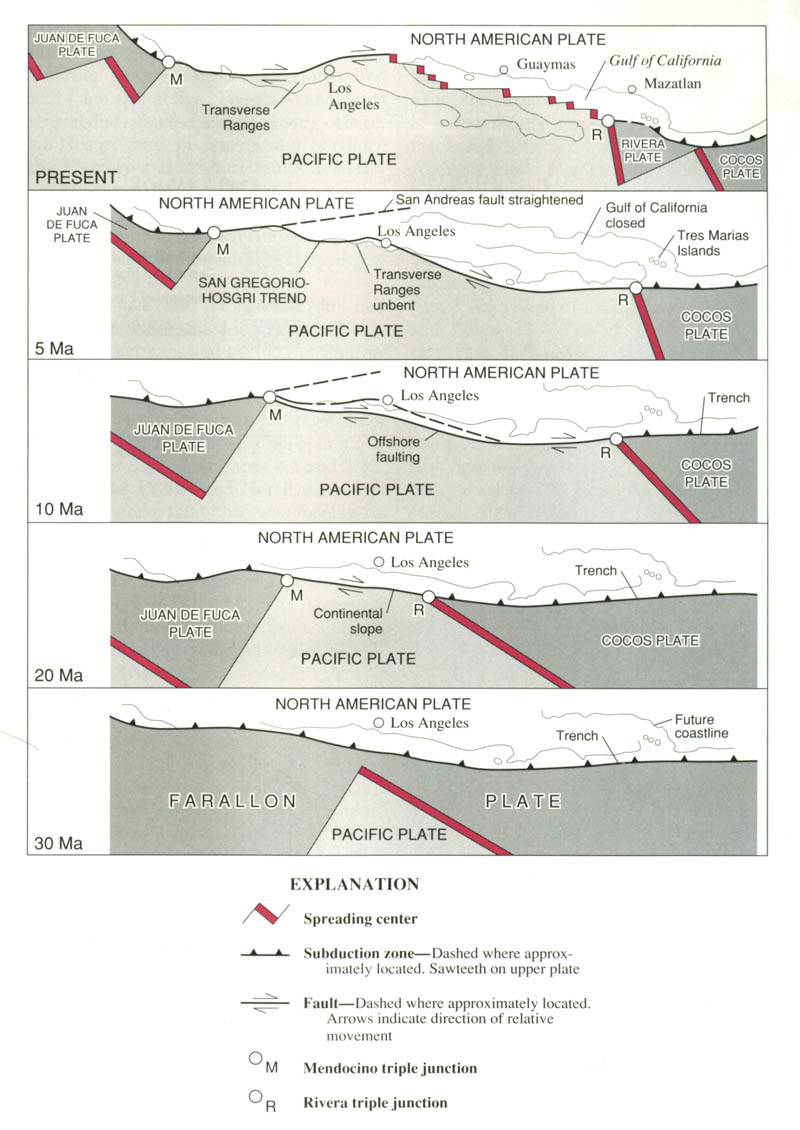 Not the answer you're looking for? Browse other questions tagged geology plate-tectonics volcanology or ask your own question.

21
Why are oceanic plates denser than continental plates?
14
Is continental drift caused by lava pushing the seabed apart?
12
Is the Mid-Atlantic Ridge a ridge or a trench?
10
Do Tectonic Plates Merge?
6
How can linear oceanic ridges (like the East Pacific Rise) be explained by single point mantle plumes?
6
Does subduction of continental crust happen at continental-continental convergent boundaries?
3
Do tectonic plates "float" over the mantle and "collide" like icebergs?