How is it possible for rocks to be trapped within another type of rock?

More specifically, I would like to know how the rocks in these pictures have formed: 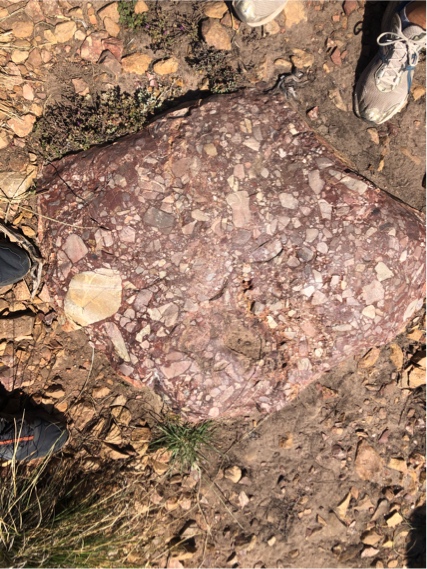 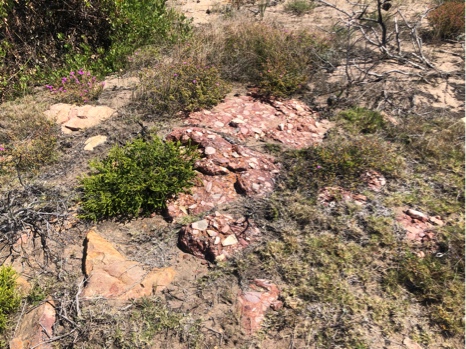 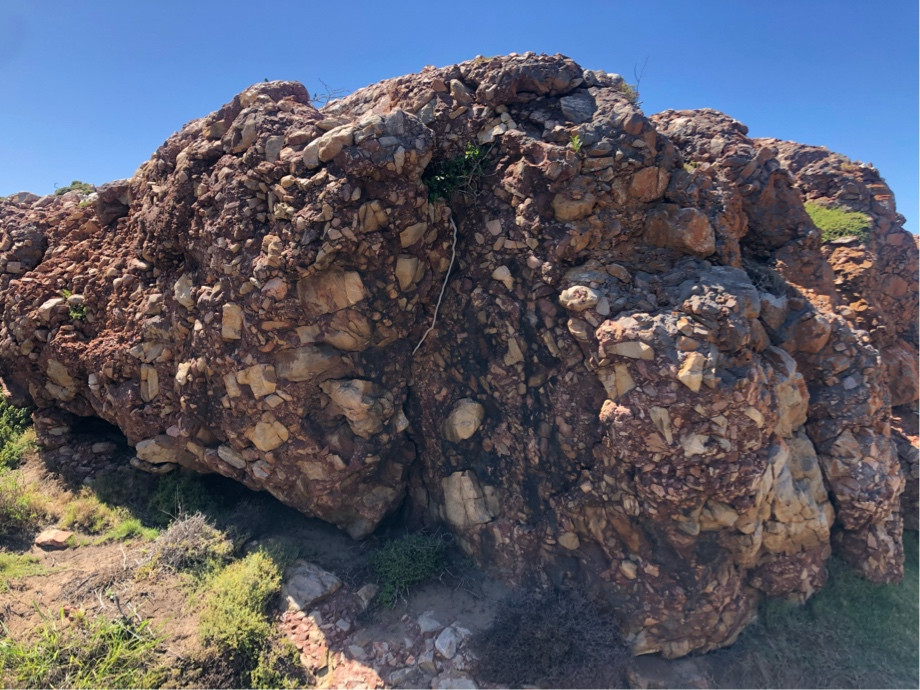 If this is because magma has melted and trapped the other rocks inside, do they have a different melting point then?

There are three major types of geological formations that contain or are composed of various rocks:

Breccia The word breccia comes from the Italian word for rubble. There are various forms of breccia:

The clast (rock fragments) within breccia are angular in shape and generally randomly orientated, a opposed to a conglomerate which is composed of rounded fragments.

Sedimentary beccia generally formed in ancient stream beds. Igneous breccia forms as a result of rocks being torn away during volcanic eruptions. Impact beccia results from the impact of meteorites. Hydrothermal breccia results from fissure opening up due to seismic or volcanic activity & hydrothermal fluids (hot water) entering the fissure causing the sides of the fissure to collapse inwards.

Conglomerate Conglomerates contain rounded rocks bound within a sedimentary unit. They form either within ancient stream systems or in marine environments. They can also form as a result of glacial activity.

Xenolith Xenoliths are fragments of rock contained with igneous rocks. Their spacing with the host rock is much greater than that of beccia or conglomerate - they are more isolated. They generally result from volcanic eruptions.

The rock appears to be a sedimentary rock! The sub-angular nature of the clasts indicate that the rock is a breccia. Based on the color of the matrix, I would suggest that these clasts are bound by a cherty (a form of SiO2) cement.

It'd be helpful if you could mention the location of the photograph.

Edit: Mossel Bay, South Africa contains rocks that are a part of the Buffelskloof Formation containing these breccias, conglomerates and sandstones/quartzites. But the color of the rock is possibly because of the iron-oxide cement and not chert as I previously thought!

without detailed photographs, I'm in doubt between:

Nevertheless, I believe it's the second option. There are few blocks that seem too big for a tectonic breccia (at this scale), and I can't see any alignment of the blocks, which would be expected. For a conglomerate of high energy, alignment isn't needed. Besides, a cement rich in iron would imply that the rock has been subject to the action of hydrothermal fluids, which would mean that has been affected by two not-so-common processes.

So, just with these photos, I think it's a conglomerate.

Answering your last sentence, it can happen, but I've never seen it in that volume. Usually are small (and scarce) pieces - xenoliths - amongst the igneous mass.

Conglomerate rocks of non sedimentary nature, are debris from other rocks mixed often with fresh lava pouring over it. Another facet is that certain minerals have differing melting points, however subtle, cooling at differing time, creating bumpy pieces. during various glacial advances, they carried small rocks over different rock strata where sedimentary processes made these amalgamations

Not the answer you're looking for? Browse other questions tagged rocks minerals or ask your own question.

12
Is it possible for a natural fluorescent mineral to glow from the sun's rays?
5
How to find rocks worth tumbling?
3
Was there once a glacier over Starcke national park in Queensland Australia?
3
When metamorphic rocks undergo pressure, how are they changed?
5
There are cloud identification guides, are there also (guided) rock identification websites?
7
How is this crumbly crystal-rich rock formed?
1
How to calculate or find the compressional stress wave velocity, Cp for a rock
2
How to identify chemical property and structure of rocks?
3
How did this stone become encased within different rock?