How can the 'crystal cleavage' of apatite have a four-digit number?

But how can there be four numbers/digits instead of two, like there usually are?

This is not a four- digit number but four separare numbers called Bravais-Miller indices. Bravais-Miller indices descrive the orientation of a crystal plane relative to the symmetry axes of a crystal, as described in Wikipedia. Put very briefly, a zero index means the plane is parallel to that axis, while nonzero indices encode the relative values of the intercepts on axes to which the plane is not parallel. These pieces of information about parallel and nonparallel axes, together, specify the orientation of any plane that passes through the lattice points of a crystal.

In cubic crystals there are three principal, fourfold axes and thus you render three (not two) numbers for the Bravais-Miller indices of a plane; this is adapted to most other crystal systems. But, exceptionally for hexagonal and rhombohedral systems, there are four symmetry axes; three of them in the hexagonally packed basal plane and the fourth perpendicular to them along the sixfold or theefold rotational axis. Thus four indices are commonly used for that case. The illustration below (Source) gives some commonly encountered planes in hexagonal crystals. 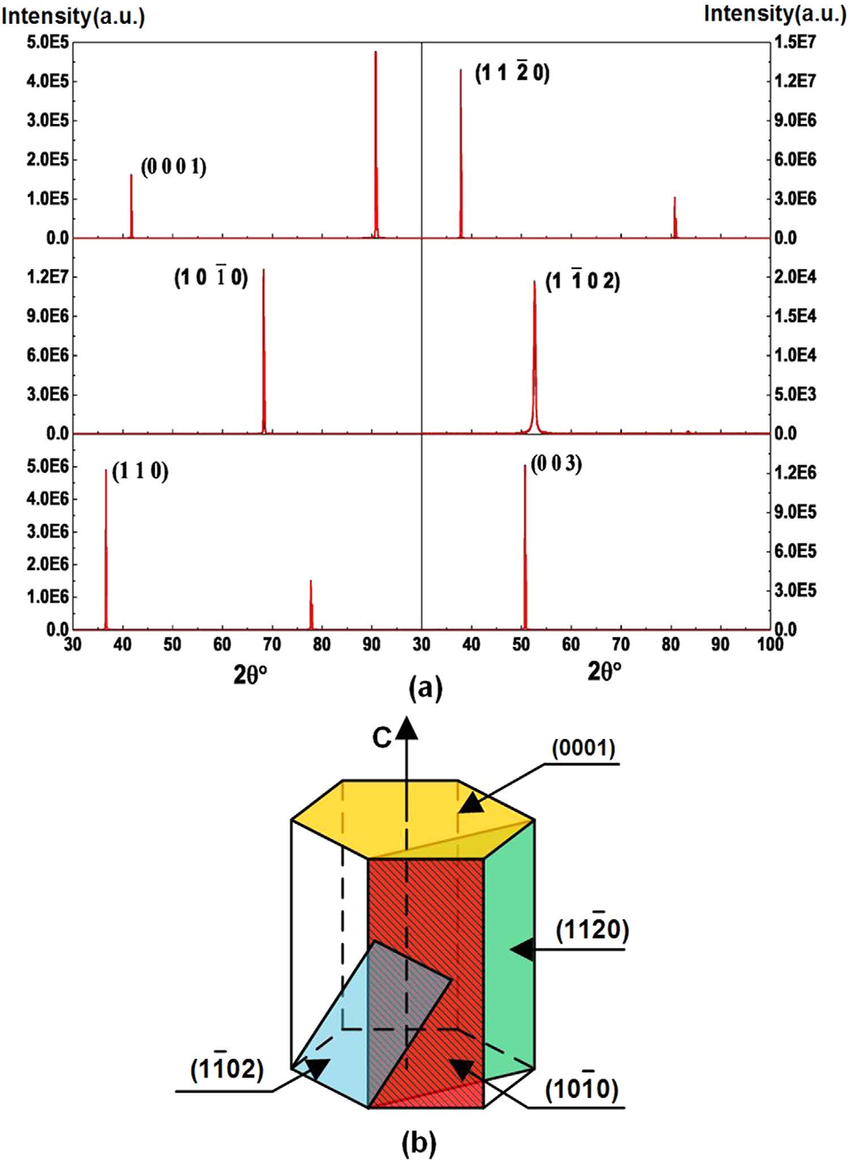 Putting the first three axes into the same plane means the intercept designations on these axes must be dependent on each other; in fact those three numbers should add up to zero. Thus $[1010]$ is not correct; it should be $[10(-1)0]$ or using the more common notation for a negative index, $[10\overline10]$. As shown in the above illustration, physically this corresponds to the lateral face of a hexagonal prism.

Not the answer you're looking for? Browse other questions tagged geology mineralogy minerals crystallography crystals or ask your own question.

10
What kind of minerals have no cleavage plane?
12
Why does halite have perfect cleavage at the (110) plane?
4
How can I normalize this chemical analysis to a mineral with 3 cations?
3
Significance of crystal classes in crystallography
11
Can rocks have pressure signatures?
6
Identifying trichroic crystal systems
3
What's the difference between cleavage and fracture?
1
What does the unit cell of petitjeanite look like?