In my understanding, in Global Chemical Transport Models, initial conditions are provided by spinning up the model or through previous simulation. But, can I use the same initial condition that I prepared for baseline simulation for sensitivity analysis too?

For example: I am trying to see the changes in the surface ozone for the year 2010. I conducted baseline simulation from beginning of 2009 till the end of 2010 with 2009 taken as spin-up period.

I'm not experienced in Chemical Transport Model, so my reply will be more on "general terms" and I'd be more than happy to see more specific answers.

That being told, in my experience with land surface and hydrological models, the spin-up period is heavily model- and application- specific. In some applications, for hydrological analysis of complex large basins, the spin up period of the model could require also some years of simulation. This is needed to stabilize all the "reservoirs" that the model uses to simulate the complex interactions between surface and subsurface hydrology. Using a "too short" spin-up period would seriously affect your results, but what is "too short" depends on your model.

The sort answer to your question would therefore be: "the longer the better", but this would also depend on the complexity of your model and the computing time that you need to dedicate to the spin-up period (i.e., if your model takes a week to simulate a month, then I would not suggest you to take a spin-up period of a year...).

So if this is not the case, and your model is pretty fast, I'd replicate the data that you prepared for the year 2009 as input for a "fake" 2008 and run the simulation from 2008 to 2010. Looking at the outputs of your model, then, you will see if there are weird trends that you could attribute to the spin-up going beyond the "fake" 2008. If this is not enough, you could use the same data also for 2007, and so on.

EDIT: I'm just realizing that yesterday I replied only to part of your question. My apologies.

I'll try to respond here to the question you made in your comment:

So that means even if I take the initial condition form year 2009, I still need to spin up the model, if I do some other analysis (such as sensitivity)? can't I directly use the initial condition from 2009 from baseline simulation in sensitivity simulation instead of spinning up again, especially if the spin up time is very long and I would want to save computation time?

This really depends on the inertia of the system that you are analyzing. It is very unlikely (at least, to me, and remember that I'm not familiar with these models) that you could get a system that is going to stabilize to different conditions (like removing the anthropogenic emissions) simulating just one year.

Look for instance at this example that comes from the User Guide of an open access hydrological model (LISFLOOD documentation, taken from here): 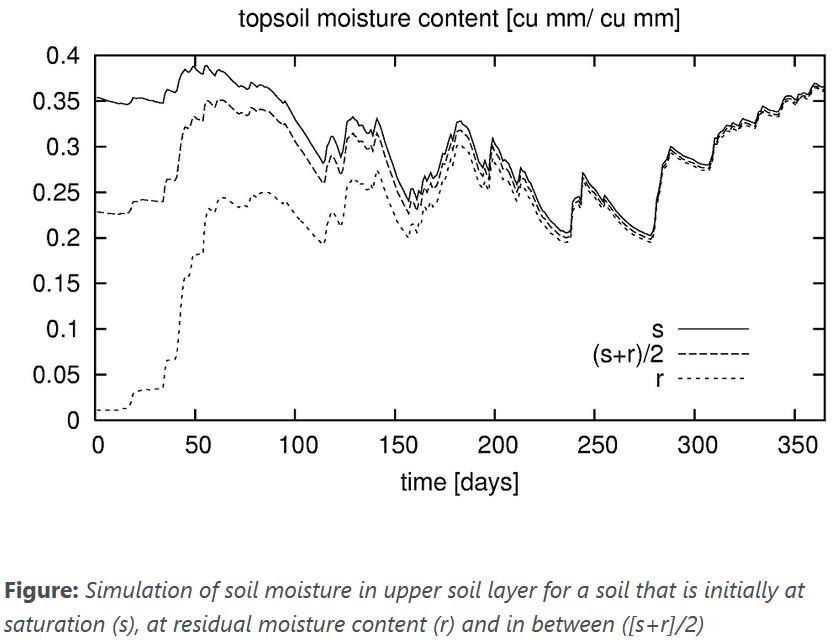 So, this part of the system (top layer soil moisture), is apparently stabilizing in about 150-200 days. After this period, the initial conditions (with and without spin-up) are basically irrelevant.

If you go to analyze other variables instead: 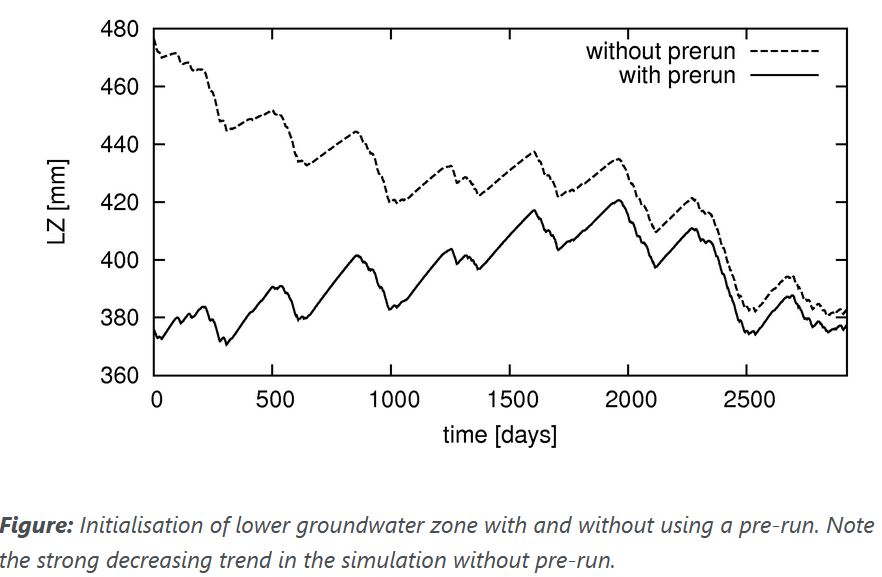 This part of the system, instead, takes about 2000 days to stabilize. This means that a proper initialization of this particular model in this particular application is crucial to get reliable results in "short" (<2000 days in this case) simulations.

Now, imagine that your system has a certain inertia to stabilize after a shock in the emission level (from the example you made in your question): if your situation is similar to the one in the first figure, one year spin-up would be enough and the comparison of the second year with and without anthropogenic emissions would give you something more or less informative. If your system has a slow response as the one in the second figure, then your results would be completely wrong even with the spin-up that you proposed.

Not the answer you're looking for? Browse other questions tagged atmosphere atmosphere-modelling atmospheric-chemistry or ask your own question.

10
Technique to delete spin-up frames from WRF
13
How to remove 'silk braid' noise in satellite data?