Why are there no subduction trenches on continental land?

The ocean has some of the deepest locations on earth, typically caused by subduction zones. Why are there no subduction trenches on land?

Hence ocean crust "goes down" more easily, and the density can even help pull the ocean slab due to metamorphism.

In contrast, the continents are almost like floating scum which won't go down! When they collide, you get faulting and folding, and the building up of very thick continental crust. Tibet is the best example today. Yes the Tibetan Plateau is high, but the crust is over 100km thick! (think of an iceberg, most of it is below)

As mentioned in another answer:

Let's look at a simulation of what might happen. Here's a figure from "Continental collision and slab break-off: A comparison of 3-D numerical models with observations": 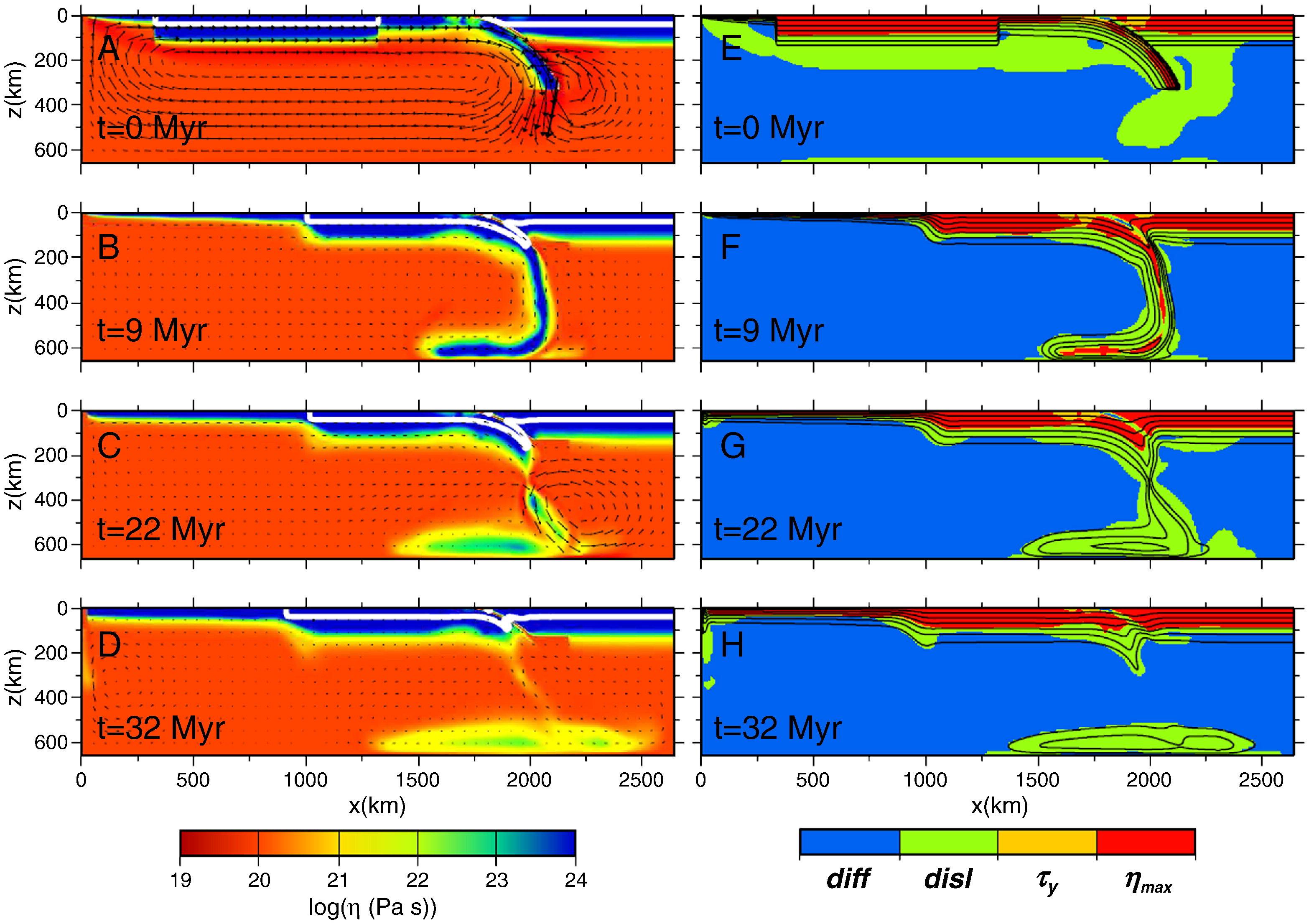 Let's look at this in detail.

Then the oceanic crust keeps going under into the mantle, eventually reaching a stage where both continental crusts are now in contact:

Finally, the oceanic crust tears or breaks off the continental crust part, and sinks into the mantle, with the surrounding asthenospheric mantle filling up the space. There's no dense oceanic crust to pull everything down to form a trench now, so instead you have mountain ranges and the two plates are amalgamated.

Not the answer you're looking for? Browse other questions tagged plate-tectonics subduction or ask your own question.

17
Why does a subduction zone produce a serpentinization diapir rather than volcanism?
8
Geometrical differences of subduction zones
10
What geological mechanisms result in the great depth of the Mariana Trench?
10
What geological processes would 'restart' subduction processes?
6
Pangaea - Why did all the land mass form in one area?
21
Plate Tectonics: Is it possible to have an ocean-continent divergent boundary
5
Megathrust earthquakes on subduction zones
4
Is there a place where the sea floor descends into the mantle of the earth?
6
Does subduction of continental crust happen at continental-continental convergent boundaries?
3
Slab-breakoff - always connected to continent/continent collision?