How do we know the Arctic is just ice?

If I look at an Earth's map, the Arctic/North Pole always appears just like water. Evidently this is actually covered by ice, with an area depending on the time of the year. If this area is bigger than than the United States and there have been very few expeditions, how do we know there are not any (big) islands beneath the ice, like a hidden mini continent?

My guess is that submarines may have been able to map all out but it is a very wide area and submarines haven't been around for that long.

The sea floor has been mapped using sonar from ships as shown here, and radar. But the fact was first discovered long before these technologies existed by sailors who got stuck in the ice. The entire ice sheet is floating and spinning at a relatively high rate of speed. When they got stuck, they could see, from the stars, that they were moving. I cannot find it now, but I remember reading on project gutenburg a terrifying historic first hand account of being stuck up there, and seeing that they were moving away from Europe and civilization and could not move their ship.

The Arctic has already been explored extensively by people traversing over the ice, by air and by naval submarines.

On August 3, 1958, the American submarine USS Nautilus (SSN-571) reached the North Pole without surfacing. It then proceeded to travel under the entire Polar ice cap. On March 17, 1959, the USS Skate (SSN-578) surfaced on the North Pole and dispersed the ashes of explorer Sir Hubert Wilkins. These journeys were part of military explorations stimulated by the Cold War context.

The USS Nautilus was part of the the US Navy Arctic Submarine Laboratory, which undertook numerous submariner explorations of the Arctic.

The research culminated in the transpolar submerged voyage of USS Nautilus in 1958 and included scores of under-ice cruises to gain scientific knowledge essential to Arctic submarine operations.

The Soviet Union did a similar exercise to the USS Nautilus expedition in 1962.

Following the 1958 voyage of USS Nautilus, the Leninskiy Komsomol (named for Vladimir Lenin's Komsomol) traveled under the Arctic ice and surfaced at the North Pole on 17 July 1962.

US submarine activity is still on going.

Two U.S. Navy fast-attack submarines will surface near the North Pole over the course of the exercise (see video below of the first of these, the USS Toledo, surfacing on March 4, 2020). The submarines will also conduct several transits through the region.

The US is not the only country to have submarines in the Arctic, it's also part of Russia's backyard.

You can study the many maps, it seems there is a giant ridge foming but the ice grinds it faster than it rises. Icebergs are grinding the arctic deeper than sea level, like 300/400 meters deep, also considering the glacial maxima when the sea level is lower and there is more ice, whatever mountains are rising in the arctic are weathered far below the sea level. The ice drifts dozens of meters every year. 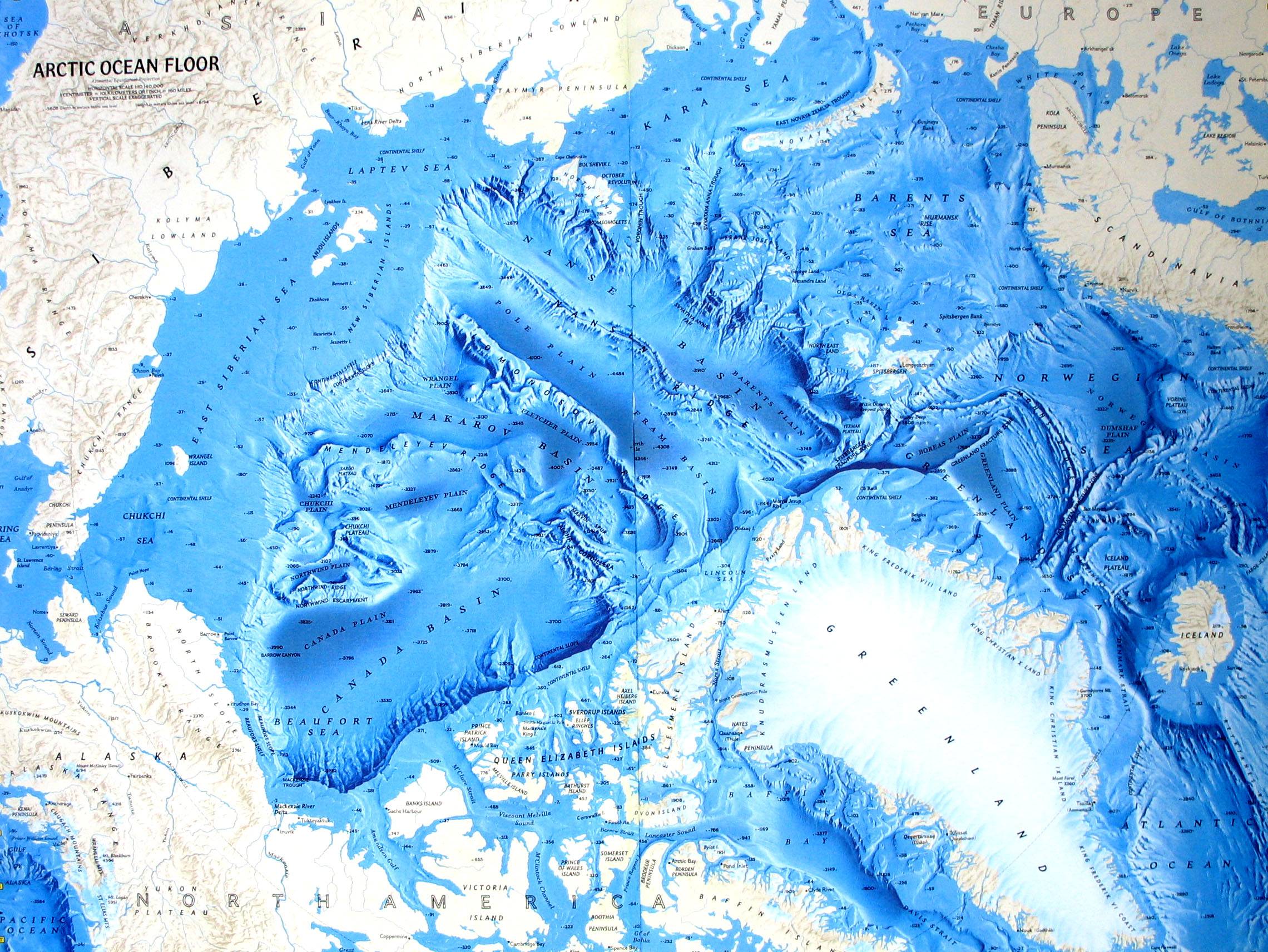 Many satellites fly over the arctic that can measure it's drift speed and ice depth. 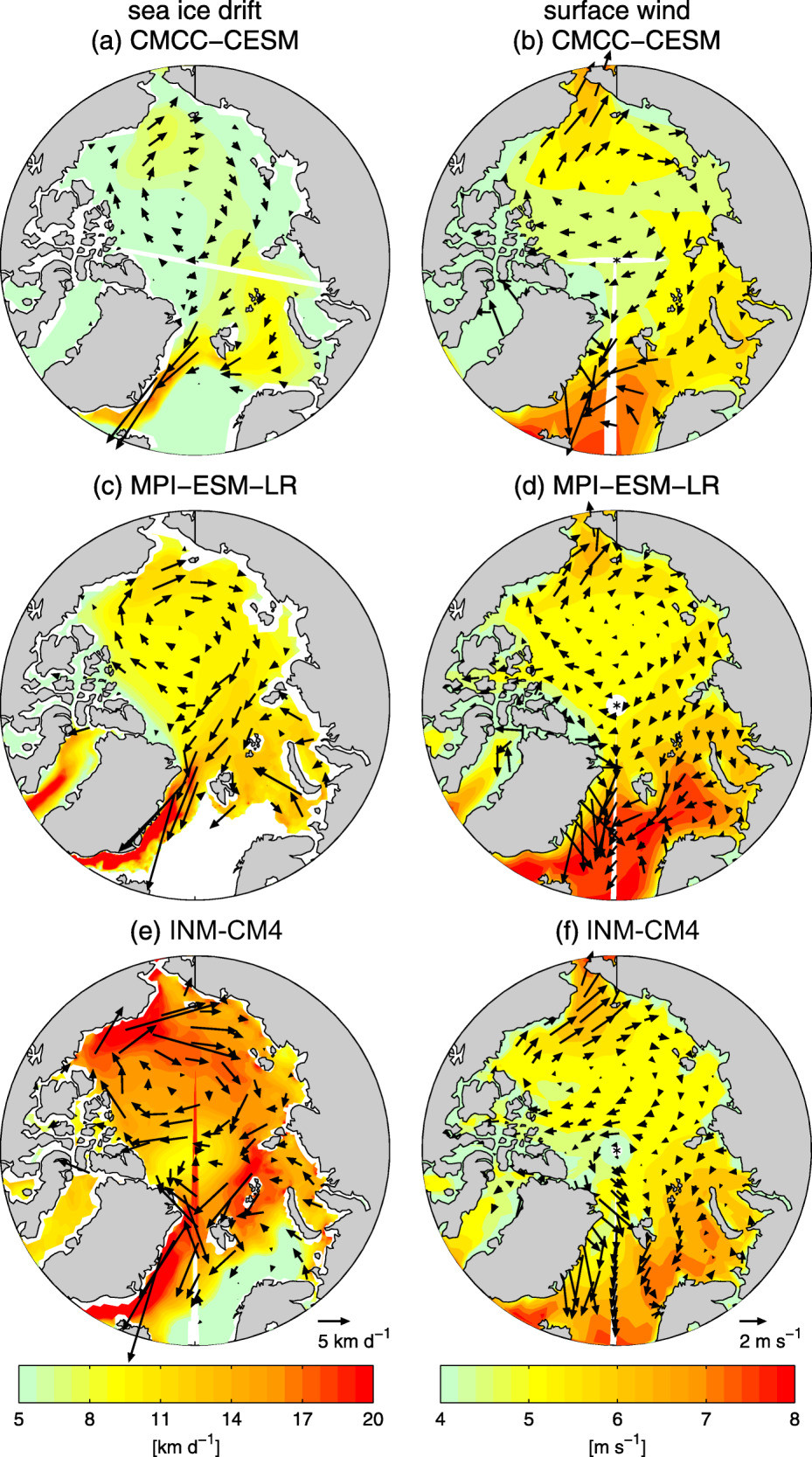 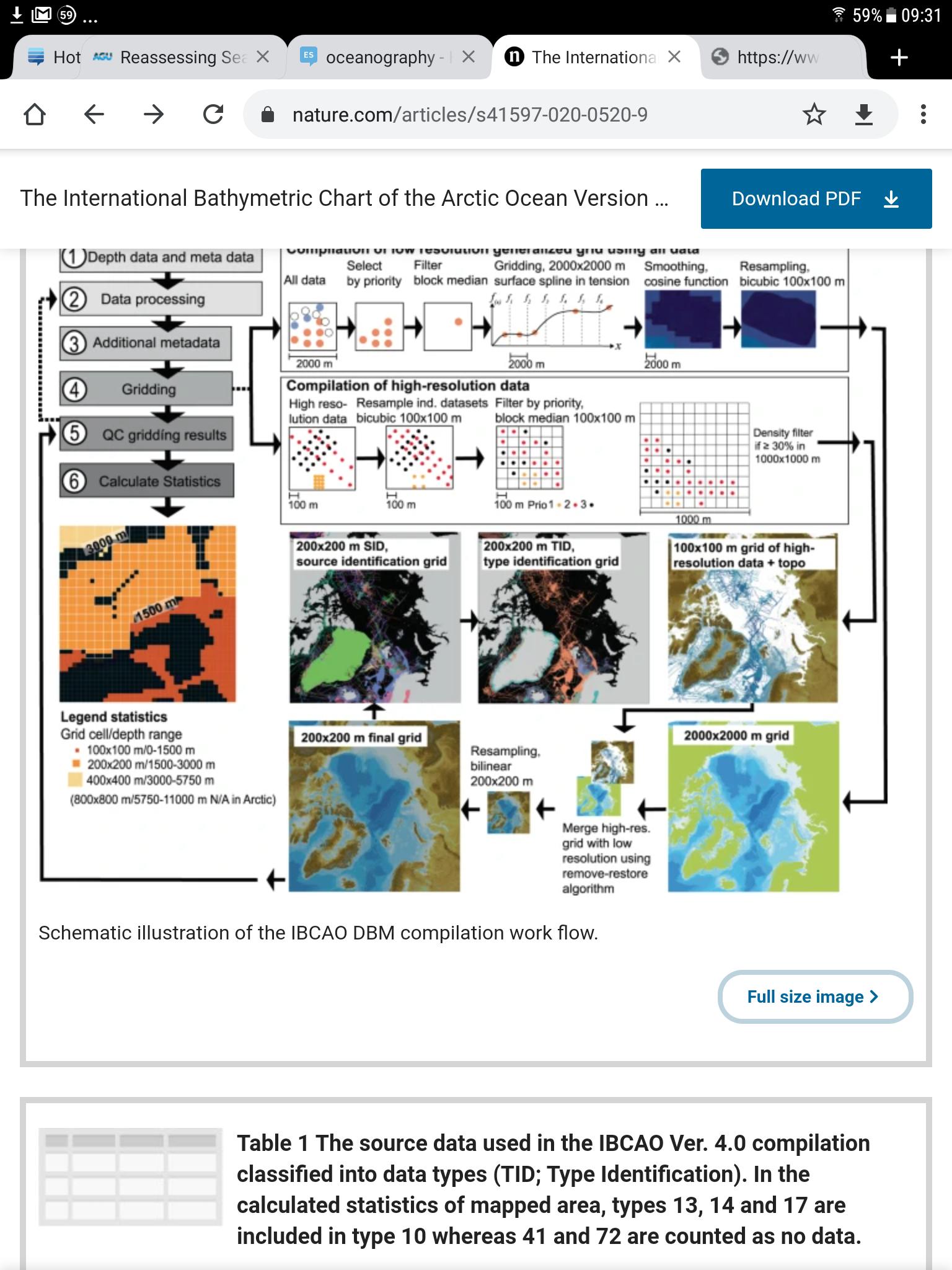 Not the answer you're looking for? Browse other questions tagged oceanography geography mapping sea-ice continent or ask your own question.

9
Is the Arctic sea ice volume increasing?
13
How much of the underwater land masses within the arctic ocean is considered continental shelf?
6
Observations of sea ice typology in the Arctic
8
Is the Arctic ice dissapearing faster than IPCC models say?
2
How quickly can coral fossilize?
9
How much of arctic ice is from snow fall versus frozen sea water?
5
Is the Arctic sea ice disappearing in a linear or non-linear way?
6
Has Antarctica's coastline been completely mapped? (map discrepancies)