What instrumentation and/or measurement is likely being shown in this video of giant Siberian craters/sinkholes?

The RT video The Permafrost Mystery: scientists explore giant Yamal Sinkhole (with English subtitles) shows scientists exploring the formation. In one scene after about 14:00 two scientists are deploying a device made of two perhaps 30 meter or more long wires(?) separated by about 1.2 meters, held apart by a rigid brace. One scientist holds some electronic equipment with a cable going down to one side of the brace.

Two screenshots are shown below. I can't tell if these long green wires go down into the hole as well or if those are something different, but I think they do, eventually.

Can anyone identify this instrument and what it measures, or at least provide some insightful educated speculation? 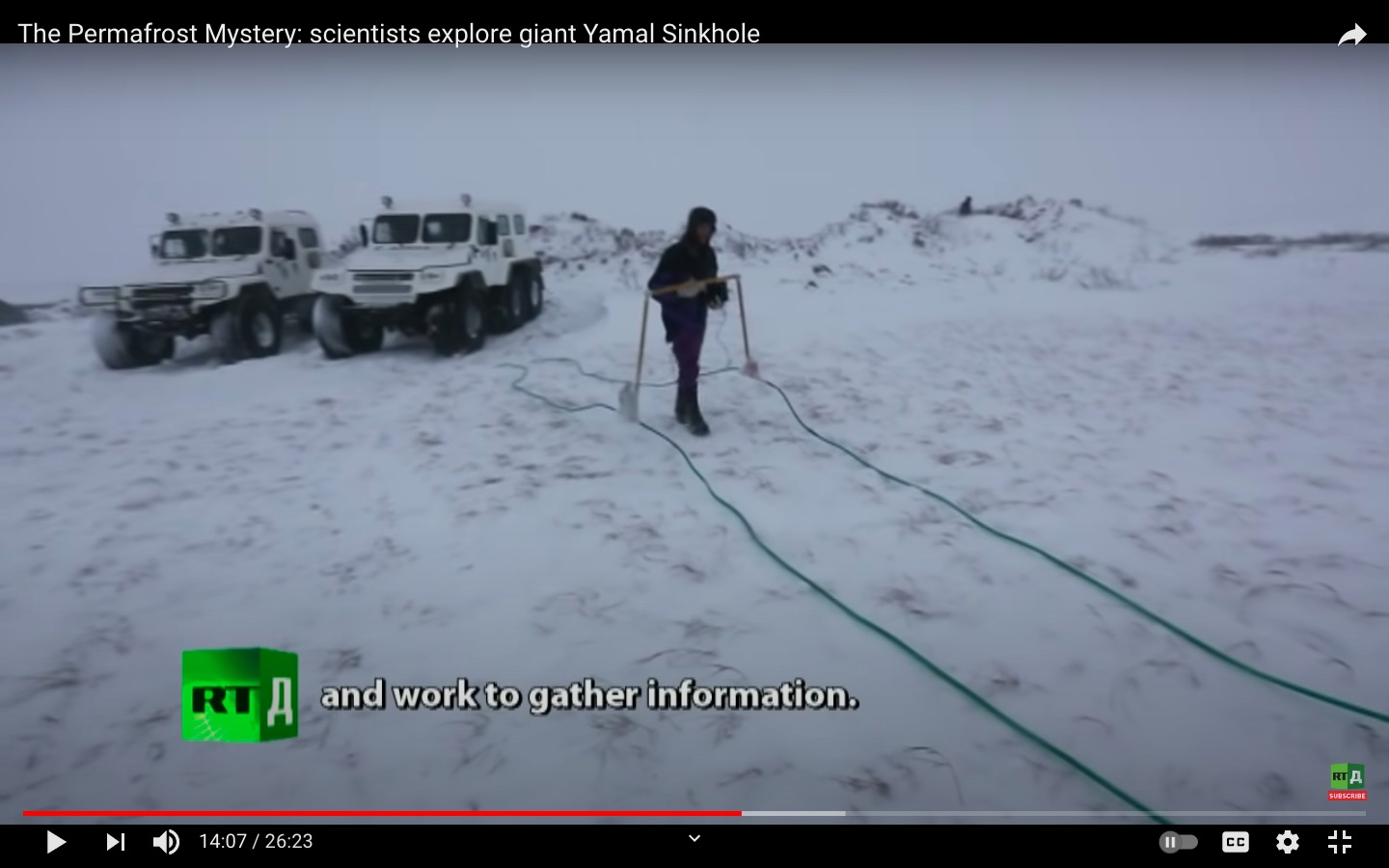 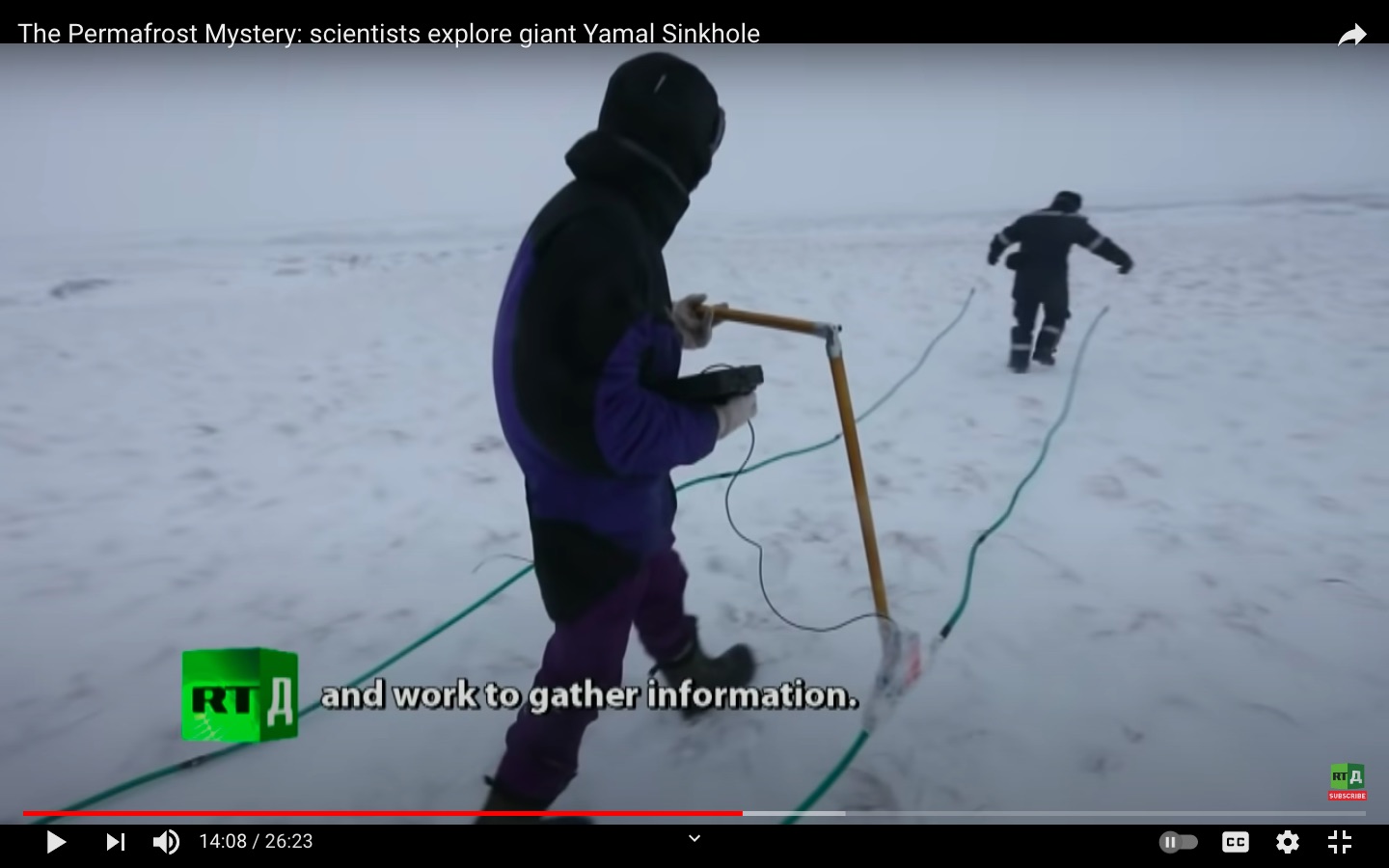 It looks like a geophysical method. But a wide variety of such methods have been applied to the Yamal crater by Olenchenko et al. (2015):

I'd say it looks like the first one (ERT), but it's just an "educated speculation"! :)

Not the answer you're looking for? Browse other questions tagged measurements instrumentation field-measurements identify-this-object sinkholes or ask your own question.