Can the absorbtion of infrared around the 650 wavenumber in water be a substantial cause of converting that spectrum range into other spectra? 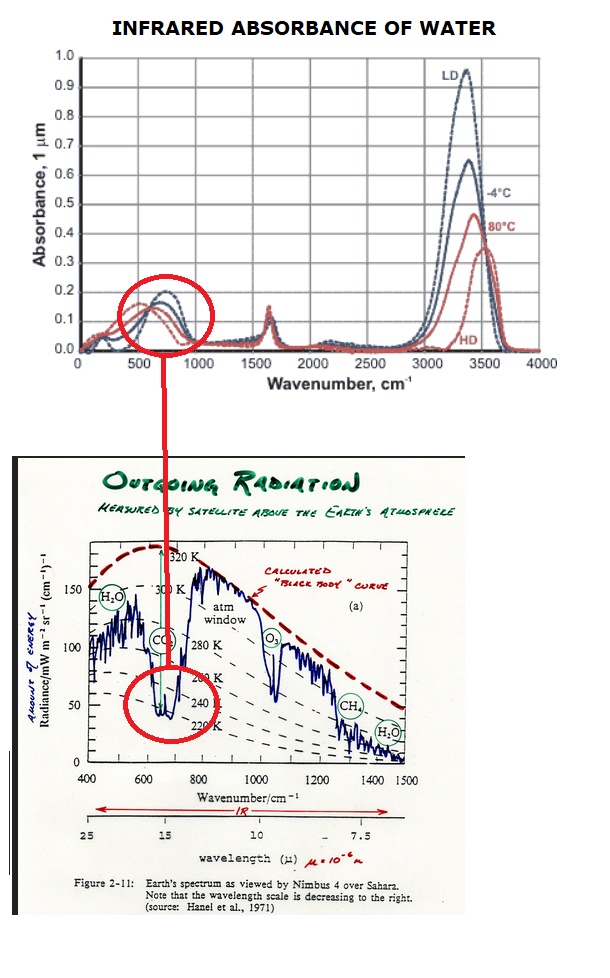 CO2 absorbs around the 15 microns wavelenght or wavenumber 650, and radiates in the same but also a somewhat wider range.

However, the top layer of the oceans seem to also convert that spectrum range. According to a paper I found there is some increased absorbance of infrared in water around the 650 wave number.

Can it in a substantial way contribute to a conversion of that spectrum range to other spectra?

We know co2 radiation is somewhat wider than absorption. I am asking if that is the same in the first few microns depth in water (few molecules of the top layer). Absorption of infrared in water does the same? And the total (combined with co2) is substantial enough to explain the missing gap around 15 microns wavelenght in the outgoing radiation of the earth?

9
Does El Niño increase the amount of heat that escapes into space, or does it increase the amount of heat trapped on Earth?
25
What is the steepest surface that can hold snow?
8
How do I find the horizontal pressure level that divides the atmosphere into 2 layers of equal mass?
1
How can I convert the negative values of the ERA5 PET data into positive?
5
How can methylmercury in the ocean be reabsorbed into the atmosphere?
4
Why is the creation of water from the combustion of hydrocarbons not listed as a cause for rising sea levels?