Why does Japan get so much snow?

Japan seems to get a surprising amount of snow in winter, compared to other places that are as cold or colder.

The snow seems to be concentrated on the west side of the country, which suggests the lake effect, only with the sea instead of a lake; the prevailing wind from the west brings air that has picked up moisture going over the sea, and the moisture freezes and falls as snow.

But why then do places like Oregon and Ireland not get so much snow, despite being similarly on the receiving end of moist air?

Those places have an entire ocean to the west, as opposed to Japan which has a narrow sea and then a continent. Conjecture: it's the combination that does the trick. Air blowing over the continent becomes very cold, then blows over the narrow sea and picks up moisture, which then freezes out. So to get maximum snow, you need a continent and then a narrow sea or lake, followed by the land which is to receive the snow.

Is that conjecture correct? Or if not, what is the reason for the amount of snow?

From my understanding, you are thinking along the right lines but also need to take mountains into account.

Ireland's mountains are lower than Japans. I think that Japan's mountains are a similar height to Oregon's but the high mountains are closer to the coast in Japan. (I don't know either area well, so this statement could be wrong.)

Another thing to consider is that in winter, convective showers are common over the sea. A longer sea track will have more showers and therefore more mixing of the atmosphere, raising the temperature of the air mass.

Winter convection cuts off over land, but showers can penetrate inland a little with the momentum they already have. The closeness of the mountains to the coast in Japan, as well as their height, will give more orographic enhancement to the amount of precipitation as well as possibly reinvigorating the unstable convection by forcing it to rise. Ireland's lower lying status won't have this effect as much. 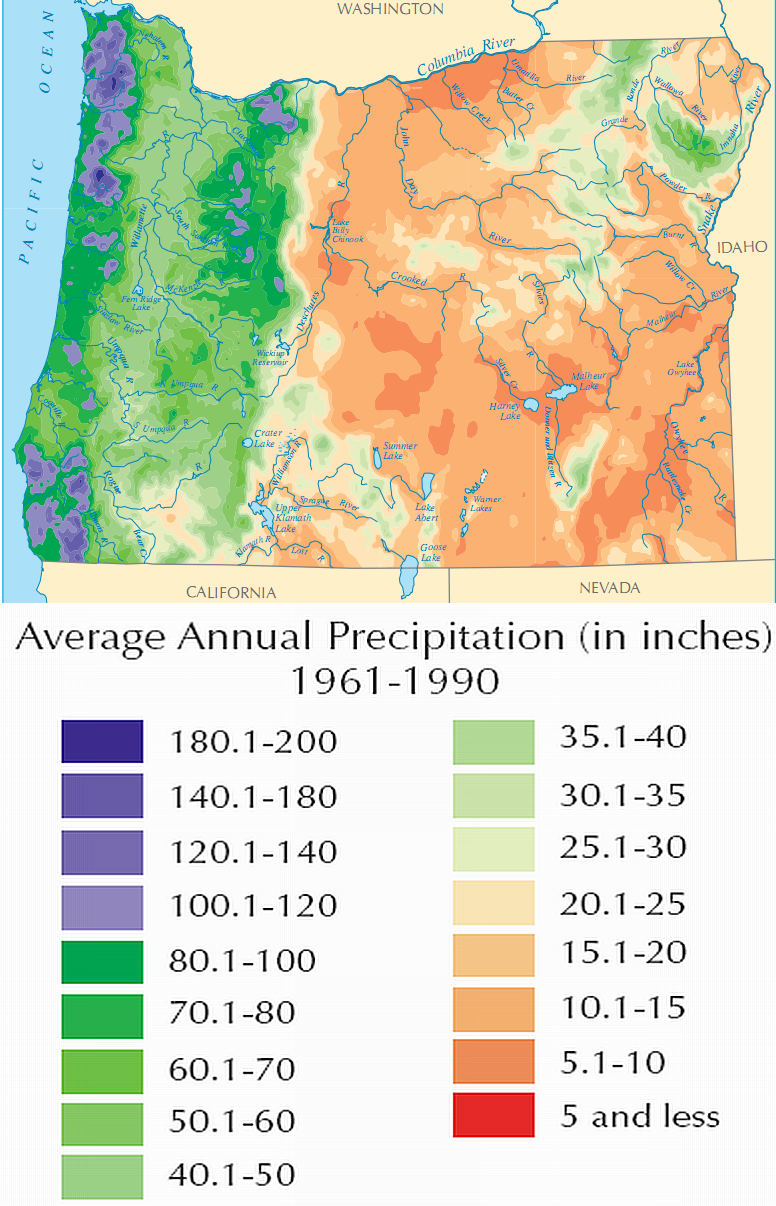 As an aside, I had wondered if the Sea of Japan might be warmer than around Oregon and Ireland; this would provide more heat, moisture and instability to the air reaching Japan. I had a quick look at February sea surface temperatures, and they seem broadly comparable to the other areas, at least for the past three years, so this enhancement mechanism seems unlikely. February appears to be the month that Japan gets the most snow, although I'm not sure if that's talking about peak snowfall or peak accumulation.

I found a few articles about Japan's snow online:

Not the answer you're looking for? Browse other questions tagged meteorology precipitation snow japan or ask your own question.

3
If North America were in the southern hemisphere, would the mountains and high desert have to be -east- of Tornado Alley?
5
'River-effect' snow
5
Can I use radar data to estimate snowfall, or is there a better way?
2
Does the snow come from local moisture or transported moisture?
3
Why is the pressure on the poles higher in Summer and lower in Winter?
1
How does the west coast of Japan have cliffs?
4
Does storm seasonality vary with latitude?
5
Do surface temperature inversions only occur in valleys and natural bowls?