About the Caspian sea area today:

And yet, the eastern coast of the Caspian sea seemed to me from almost any image as a dry "wasteland", with almost no thicket and certainly nothing I would name "a forest". 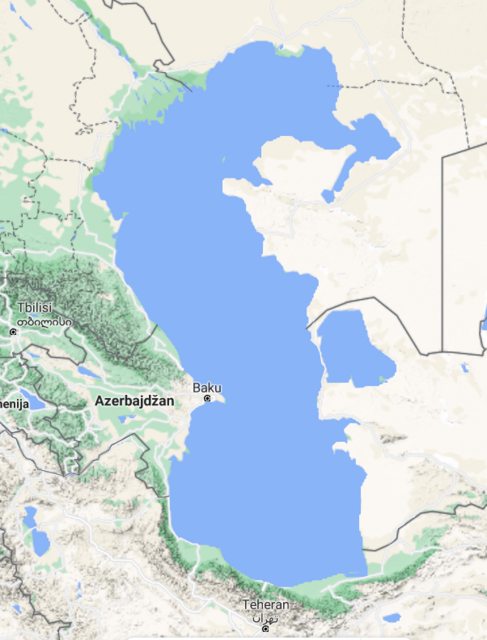 The south has a steep relief, as well as the west. That means that there is much precipitation. The clouds throw every drop on these mountains, so almost nothing is left. The east is pretty low, so the remaining clouds (not much left) just fly over. In fact, deserts are generally not steep and they are usually behind the mountains. That is right what happens here. On the north, the effects of the west are still felt, so it isn't so dry, but it is pretty low, too. Also, I wouldn't say that it's lush : )

Not the answer you're looking for? Browse other questions tagged earth-history sea-level topography deforestation desertification or ask your own question.

18
Why are minerals found in "large" quantities and not scattered throughout the earth as individual atoms?
15
Could the Dead Sea dry up? and if so, when?
5
Have the landmasses of North and South America ever been part of the same continent?
9
What causes the "ripples" that extend east-west along the mid-atlantic ridge?
5
Why are $\small\sf{CH_4}$ and $\small\sf{CO_2}$ levels coupled during the Pleistocene?