The question came to me when pondering the Andes:

Is a slab-breakoff always connected to the transition from subduction of oceanic crust to a continent/continent collision? 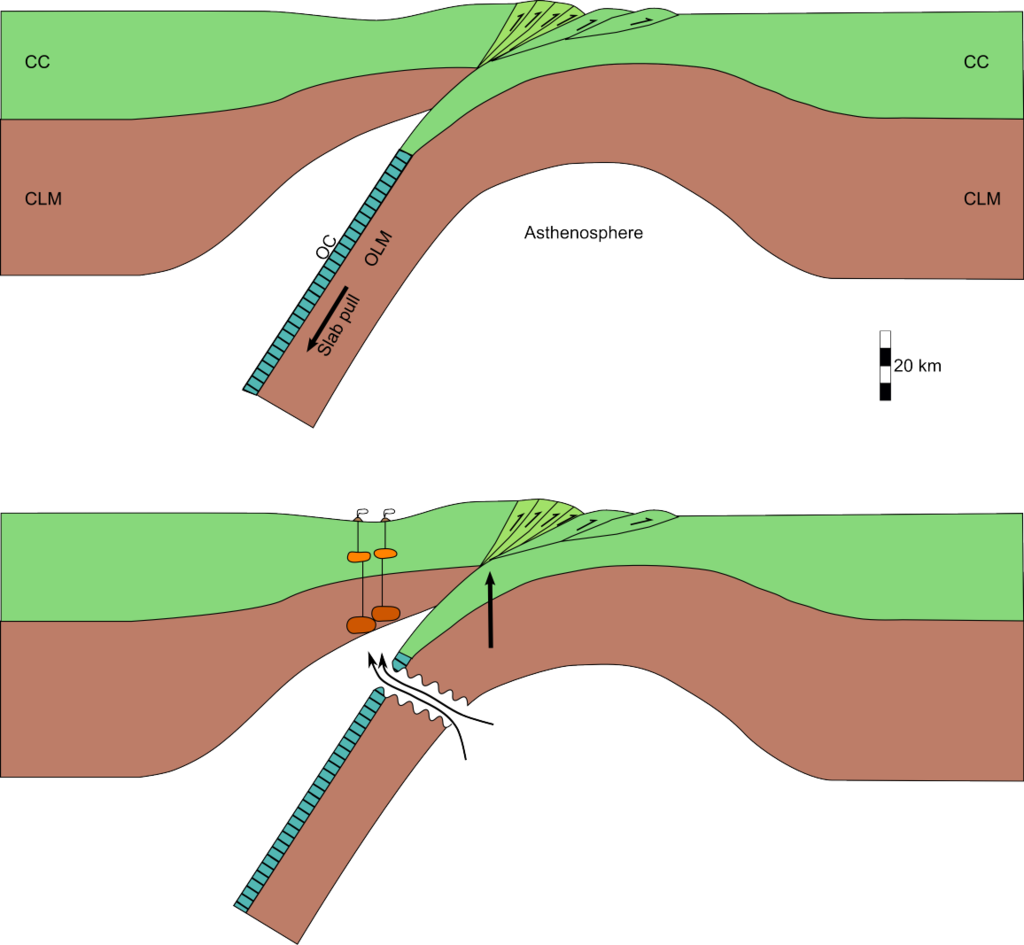 Current understanding is that subduction, or quite general plate tectonics, is mainly driven by the pull caused by the negative buoyancy of cold, dense oceanic crust, with other factors playing a minor role.

Let's look at the destructive end: When the oceanic crust subducts under a continent it vanishes into the mantle, possibly dragging a less denser continental mass after it, until the ocean has closed and that dragged continent collides with the other one. We know that happened in the Himalayas, the European Alps and with the Appalachians (list not complete).

It has been theorized that under the unwillingness of continental crust to subduct in a continent/continent collision, the pull forces can cause the dangling oceanic crust to detach. Such detached slabs of long since subducted ocean floor may still reside in the mantle, e.g. under the Himalayas, in several stages in the Alps, where the 'sudden' gain in buoyancy caused by the detachment may be one of the drivers for the uplift and orogeny.

Though partly speculative and not good for an "ad-hoc" and general explanation for an orogeny, is that process assumed to be always connected to a continent/continent collision? I found no discussion or proposal in literature about the Andes (Nazca plate subduction), at least not when searching superficially.

Andes is not an exception.