Cone of uncertainty in cyclones 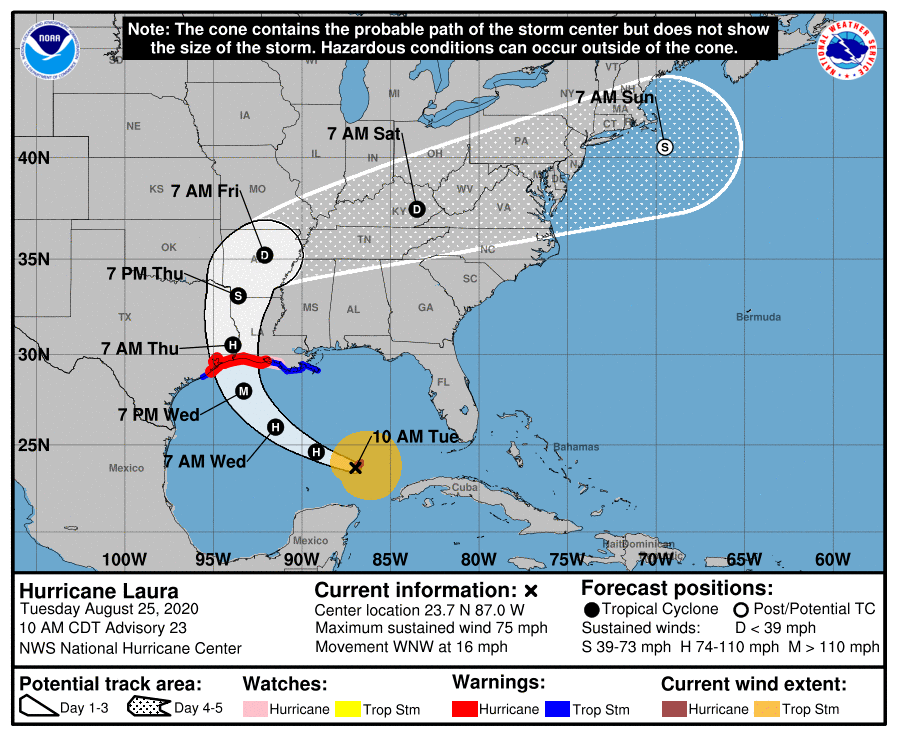 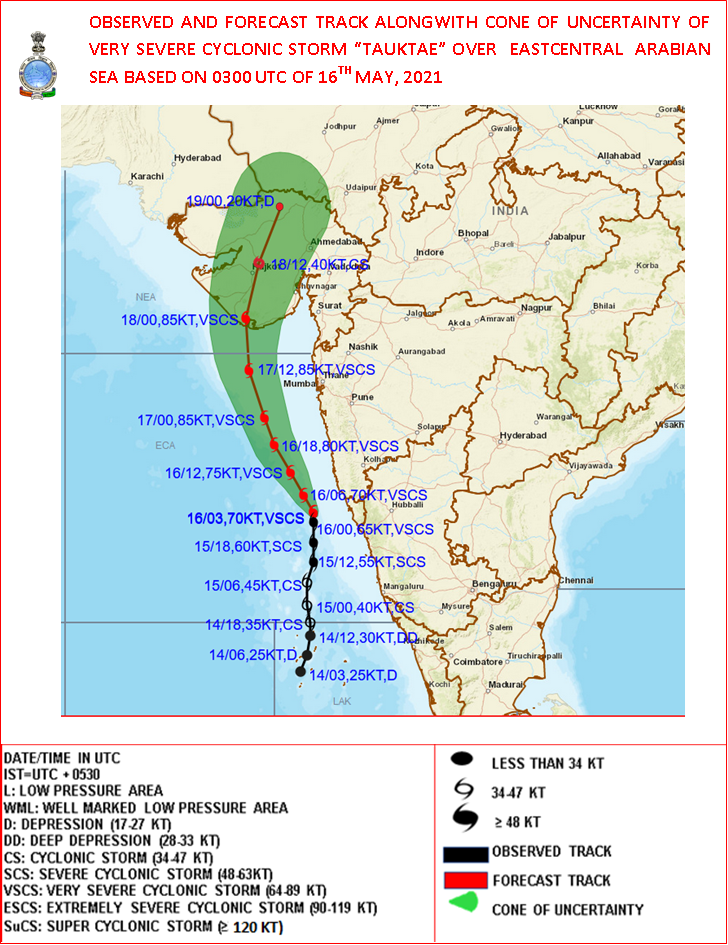 Whenever I look up the track of a cyclone on the map, I always notice that the cone of uncertainty bulges as it moves towards land/ target. I have inserted two images to show you what I mean, you could look up any other image but its always the same. Is there any specific reason for this phenomenon?

meteorology cyclone
Share
Improve this question
asked May 16 '21 at 8:06

As the name suggests it is a region of uncertainty.

There are many uncertainties when modeling and predicting weather systems.

When meteorologists model the path of a cyclone/typhoon/hurricane they never know for certain where a cyclone will actually end up. At any point along its path a local variation may cause it speed up, slow down, rotate at a slightly different rate or slightly change its path, left or right.

Meteorologists run several models for such cyclone systems on computers. Each uses either a different algorithm and/or different weather parameters. The results of all the models are then used to determine a region where the cyclone is likely to be in with a given time frame.

The greatest certainty is closest to the cyclone. The further away the projected path is from a cyclone the greater is the uncertainty. This results in a larger spread of possible locations where the cyclone could eventually be. When drawn on a map this region looks like a cone.

Not the answer you're looking for? Browse other questions tagged meteorology cyclone or ask your own question.

11
What are the key differences between warm and cold core cyclones?
16
Coriolis effect and Cyclones
9
How are thermals really released?
2
How can I learn to make mesoscale/synoptic analyses of major weather events?
1
Why do tropical cyclones get more attention than extratropical cyclones?
8
Why don't tropical cyclones hit Hawaii?
2
Atmospheric conditions needed that blocks all bright light during sunsets and allows you to stare directly at the sun