While passing through layers inside the earth some P waves get converted to S waves and then back to P waves while returning towards the surface. Is this statement true?

If yes, then why? (Considering that they are both fundamentally different in terms of wave theory - longitudinal vs. transverse)

P and S waves are fundamentally different, when it comes to properties of the wave. An example might be that P waves can travel through fluids while S waves cannot. However, when it comes down to wave theory, these two are just different polarizations of a mechanical wave.

In seismics this concept may be puzzling as we make some very fundamental assumptions. However, seismologists are very well aware that these polarizations (they call them phases) usually change throughout their travelpath. When you look at the image below, you can see different travelpaths and the same source will trigger P and S waves. This P wave will travel to the point P where it can be recorded as direct P wave. Upon reflection it will be partially converted to a S wave, which you can also see on the nomination PP is the P part of the reflected P wave and PS is the S part of the reflected and converted P wave. (Actually you can go on happily converting back and forth.) 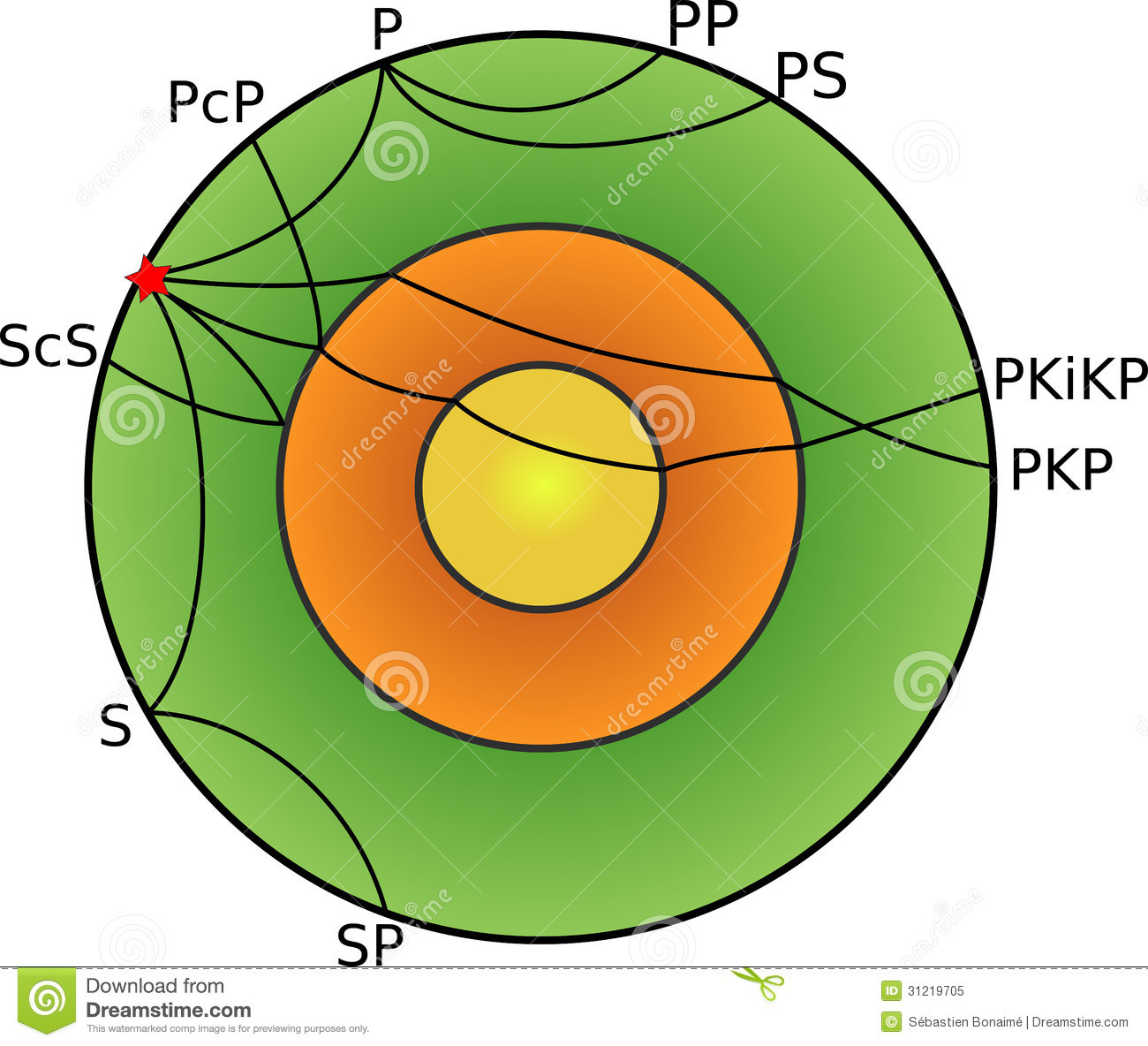 In seismics we get this conversion on interfaces or layer boundaries (whichever name you use). So everytime a wave is reflected it may also be partially converted into a different polarization. So essentially, your statement is wrong. The wave doesn't just convert passing through a layer, it is converted upon interaction with an interface. So while this wasn't a yes directly to your question let me elaborate why this conversion happens.

In marine seismics we can excite pure P waves, because we're operating in a fluid. On land you will always excite a mix of P and S waves (and variations thereupon, namely surface waves). The excitation of these waves is direction dependent. Starting a P wave in one direction will always start an S wave component perpendicular to this direction. Of course we have some energy distribution so that we get something like this: 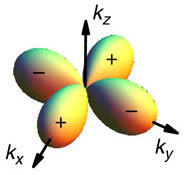 We have to look at the incident wave as an excitor at the interface, which will give us a P and a S wave response. In seismics, wave theory and other solutions you can usually see the S wave solution stands perpendicular on a P wave solution (except when we're dealing with anisotropy). So yes in the end your incident wave will start two P waves and two S waves that look like this:

22
Placement of crustal thickness estimation from 1D inversion of surface wave dispersion curves
7
Why does part of the P-wave convert into a S-wave with an increase of incidence angle?
1
Searching for common wave vocabulary
1
Love-Wave Propagation
2
Travel Times for Seismic Wave Types - Why reflected t-x plot curves
1
reverse time migration for wave equation PDE using SBP-SAT
1
wave speed is smaller than both horizontal wave speed and vertical wave speed?
3
Wave train 200 m/s meaning
1
What would be the phase shift and polarity of a seismic wave upon reflection