Why is Sacramento so warm for its latitude?

The main reason for Sacramento's warmth compared to some other cities at the same latitude is, like in many cases, due to the city's surrounding topography, as can be seen in the topographic map below: 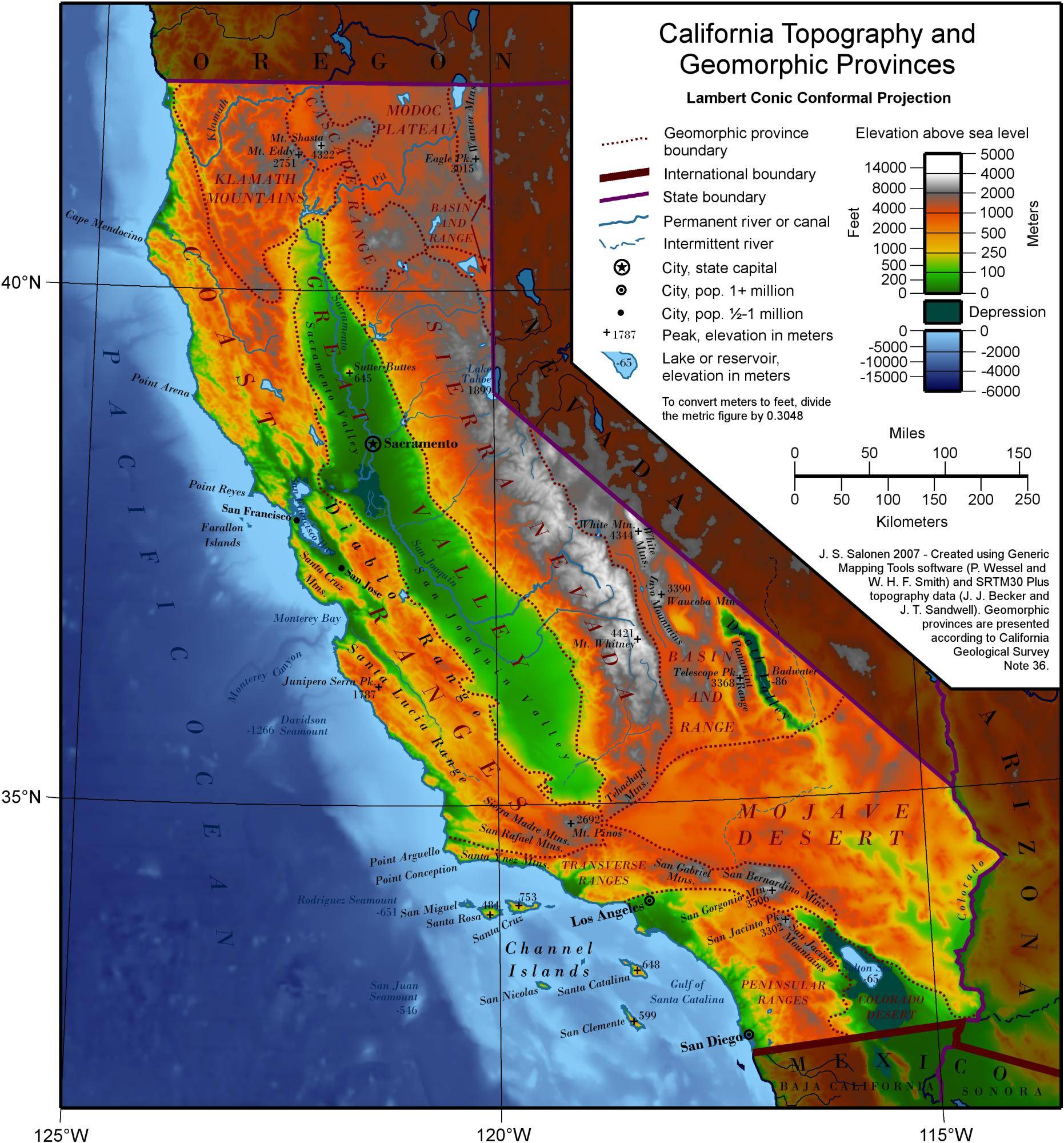 In regards to the climate of Sacramento, it is probably better to consider why it is seasonally warmer than cities on the same latitude.

Sacramento is located in a regionally low elevation Great Valley (also Central Valley) (1), in between two roughly parallel mountains ranges that converge in the north of the Valley in the Klamath Ranges. The Coastal Range on the west and the Sierra Nevada to the east (2).

The Köppen climate classification for Sacramento is Csa, which is defined as a Mediterranean environment with hot summers (1). The Coastal Range largely shields the city (and the Valley) from the climate (especially much of the humidity) of the Maritime climate to the west, and the Continental climate to the east (2). Essentially, according to the WRCC, the climate of the Valley (including Sacramento) is intermediate between the climates either side of the bordering ranges (2).

The very cold winters that can occur in the Continental climate are blocked by the Sierra Nevada. Even if cold air does get over the mountain, the air warms as it compresses as descends into the Valley, and hence is milder when it reaches the Valley (2).

In regards to the Urban Heat Island, The US EPA (3) performed measurements and observations of Sacramento between 1998-2002, revealing that there is an urban heat island of the order of an average increase in temperature in the city of 0.5-1°C (0.9-1.8°F) compared to the surrounding non-urban areas.

Not the answer you're looking for? Browse other questions tagged weather or ask your own question.

18
Why are weather kites no longer used (much) operationally?
6
How can I calculate the average latitudinal temperature anomaly between a city and all other locations along the city's latitude?
12
Why does every tsunami travel differently?
14
Why don't cold fronts and other steep-gradient weather effects just dissipate?
17
Why do tropical cyclones not tear themselves apart?
14
Why is the Atlantic Hurricane Season defined as being between June 1 and November 30?
5
How common is it for warm fronts to be responsible for record high temperatures?
10
Is the urban heat island effect stronger during a particular season or part of the year?