What generates the microseism?

From experience I know that in southern Louisiana the motion at this peak is generally stronger throughout the winter than in the summer. I have also been told that it is associated with water waves in the gulf, but it is unclear how those waves get converted to ground motion tens of miles inland. 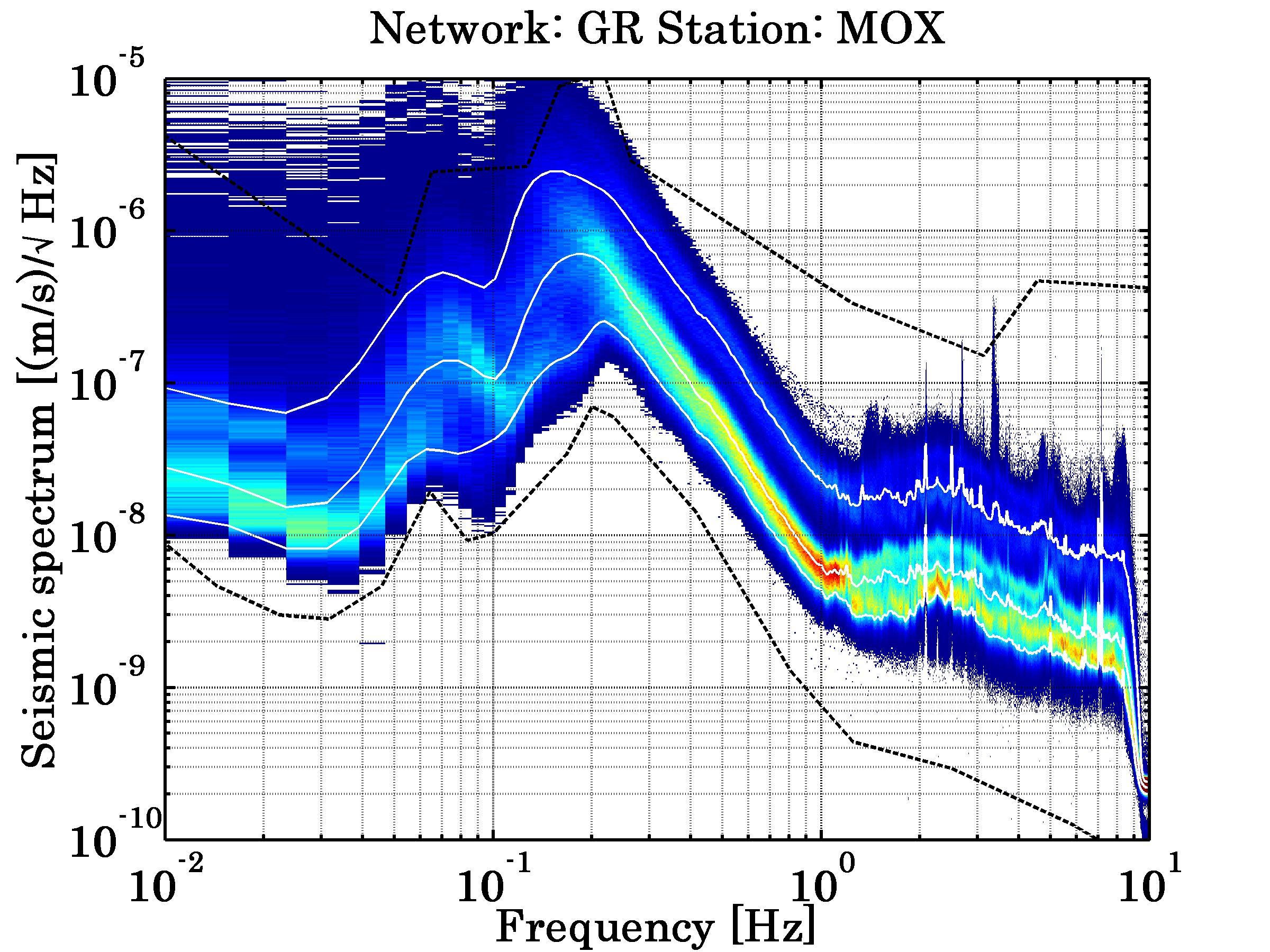 The microseism is ocean waves that couple to the ground to make Rayleigh waves. The ocean waves are gravity waves which are dispersive (different frequencies travel at different speeds), and 0.2 Hz (not 20 mHz) is the frequency of the waves that travel at the same speed as storm winds to which they couple.

The ground motion doesn't die off, even thousands of kilometers inland, because Rayleigh waves are bound to the surface (so waves from a point source would spread circularly instead of spherically). The waves are produced all along the coast, which negates the circular spreading.

Not the answer you're looking for? Browse other questions tagged seismology microseism or ask your own question.

11
What efforts have been made to separate the microseismic events related to wind-related ocean waves from the components of volcanic origin?

12
What determines the spectrum of high and low frequency waves emitted by an earthquake?
13
How accurately can explosions be triangulated from the IRIS seismogram data?
2
Is the centre of Italy still at risk of earthquakes?
6
What could be causing microseisms on Mars?
5
What are today's methods in calculating the Local Magnitude of earthquakes?