Do wind predictions have confidence scores?

I’m a sailing captain in training and my community members asked about confidence in wind predictions. They were unhappy with the large variation between different wind predictions. The speed and directions from different sources were at times in agreement, but at other times they were completely opposite and with a large delta.

Wouldn’t it make sense to say something like: we think the wind at this latitude/longitude will be 8.5 knots in the N direction and we are 95% confident of this prediction? That confidence part seems to be missing. Or is it calculated and just not displayed to the end user? It could save a sailor’s life!

We've grown accustomed to seeing percentages for probability of precipitation. Why don't they do this for wind?

No single model simulation has confidence/uncertainty associated with it. Confidence is determined after many model simulations are performed with different model configurations, known as an "ensemble". The percentage reported is a probability of rain occurring, which is a binary event (yes vs no) averaged across all ensemble members. The hourly percentage probability is not factoring in the amount of rain, it just has to be higher than 0.01" in the model. Precipitation is cumulative and not really directional in nature, so calculating probability of a yes/no event is actually meaningful. Wind, in contrast, is a vector that really isn't thought of as a binary event. If the forecast said there was an 80% chance of wind over 1 m/s, that wouldn't help anyone.

8.5 knots in the N direction and we are 95% confident of this prediction?

Hourly wind direction can regularly be inaccurate for a few reasons:

In contrast, the occurrence of high wind speeds at the surface can have a lot of confidence and accuracy, which is why weather agencies can issue "high wind alerts" (another binary yes/no event). However, the timing of pressure system movement is not confident, and modeled hourly surface wind direction can vary greatly throughout the event.

Ensembles provide a wealth of information but they are not easily digestible for the public. Imagine looking at a spaghetti plot of wind direction at the surface; it wouldn't look pretty. In general, that type of ensemble forecast analysis is done by the scientists who run the model, so they can asses 3D model performance. However, model performance is driven by the atmosphere aloft, so that is where ensemble analysis is useful (e.g. 850 mb, 500 mb, etc.). See the spaghetti plots on the NCEP ensemble weather model products as an example.

Visualization Tool at www.windy.com:
You can do a quick comparison of winds for several different models by selecting the comparison forecast for a single location on the windy.com site (see example below). This can give an idea of how "confident" the wind predictions at the surface are, in a qualitative sense. 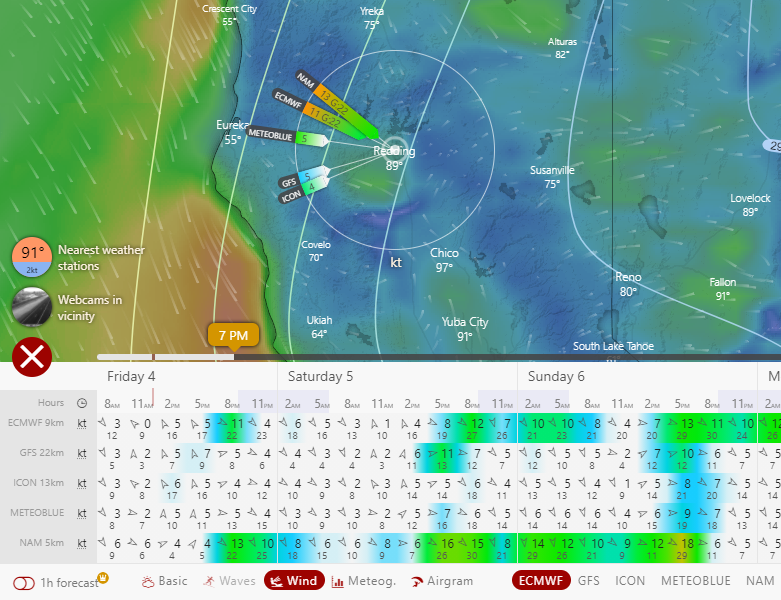 Following up on Farrenthrope's answer (which I think is worthy of acceptance more than this answer) I do want to add additional detail that may not be appropriate as a comment. 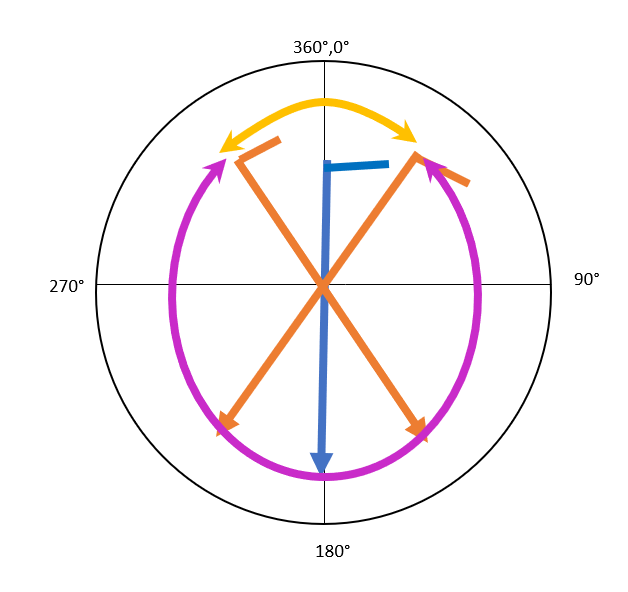 What is the range of the wind direction? It is between 297° and 63°. But is it the purple range or the yellow range? And this is for uncertainty in only one wind component, ignoring the uncertainty in the other component. Things become even more complicated with adding additional uncertainty. But let's move on to another problem with expressing uncertainty with wind forecasts: wind speed.

Farrenthorpe's answer is good, but there is a flaw with reporting the standard deviation. Without reporting additional statistical moments (like skewness) or making assumptions about the uncertainty distribution, the user may make an inference based on faulty assumptions. For example if the prediction is 8.5 knots with a standard deviation of 10 knots, then there could be a perception that the wind speed can be negative, which is unrealistic and unphysical.

16
How to reconcile hourly vs. daily probability of precipitation in the forecast?

10
Is there a convenient place to get vertical wind shear info for my location?
7
Help interpreting a wind rose diagram
2
Can you have a low pressure with no clouds?
5
Why are rain weather predictions (apparently) so unreliable still in the year 2021?
2
Wind monitoring system for a specified region: How should this be done, and with what?
10
How to statistically downscale wind speeds?