What Magnitude does it Feel Like when Far Away in an Earthquake?

I can't find a good way to say this but, if I had some info about an earthquake (i.e. magnitude 8, originating in water) and if I had a distance (i.e. 850 miles/ 1370 km) could I calculate what it would be if that specific location was the epicenter? So, maybe it would be like a 3 or 4 maybe?

I'm looking for a formula or calculator. If it is not possible, please tell me! It is fine if it is rough.

The Richter and other seismic magnitude scales are measures of how much energy was released by an earthquake or how much work it did. An earthquake doesn't "feel like" any particular magnitude at any given point; rather, magnitude is an inherent attribute of the earthquake itself.

"Feels like" is measured on seismic intensity scales such as the Mercalli scale. These measure the peak acceleration or velocity at a given point, or the damage done by the earthquake. Intensity is influenced by many things, such as the depth of the earthquake, the distance to the ruptured section of the fault, and the local surface material.

Translating between the two is difficult, and requires knowing the detailed geology of the area involved. The picture below is a USGS map of two earthquakes of comparable magnitude, the 1994 Northridge earthquake and an 1895 earthquake on the New Madrid Seismic Zone. In both cases, the outer zone is an intensity of Mercalli II or above, while the inner zone is an intensity of Mercalli VI or above. 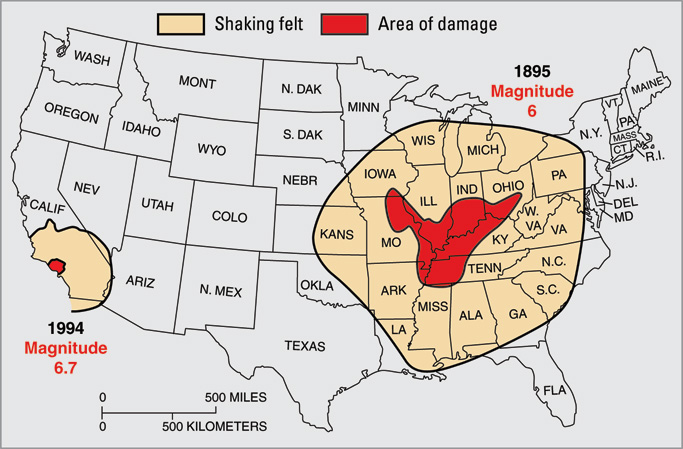