What are the parallel horizontal lines on Google's satellite images? [duplicate]

Ask Question
Asked 7 months ago
Active 7 months ago
Viewed 133 times
2
$\begingroup$
This question already has answers here:
What are the striations or ridges in the eastern Pacific Ocean? (2 answers)
Closed 7 months ago.

On Google Earth I noticed many straight lines. While looking for answers for their existence, I came across this Quora answer, which provided a good response for why there are converging lines to certain locations, like the ones marked in the image below in pink on Tahiti.

The answer also mentioned the parallel lines (pink in that answer's image, yellow in mine). It says that these are not mapping anomalies, but natural features, which are created perpendicular to seafloor spreading ridges. If that is true what creates these parallel lines?

It surprises me that they are thousands of kilometres long and almost parallel. 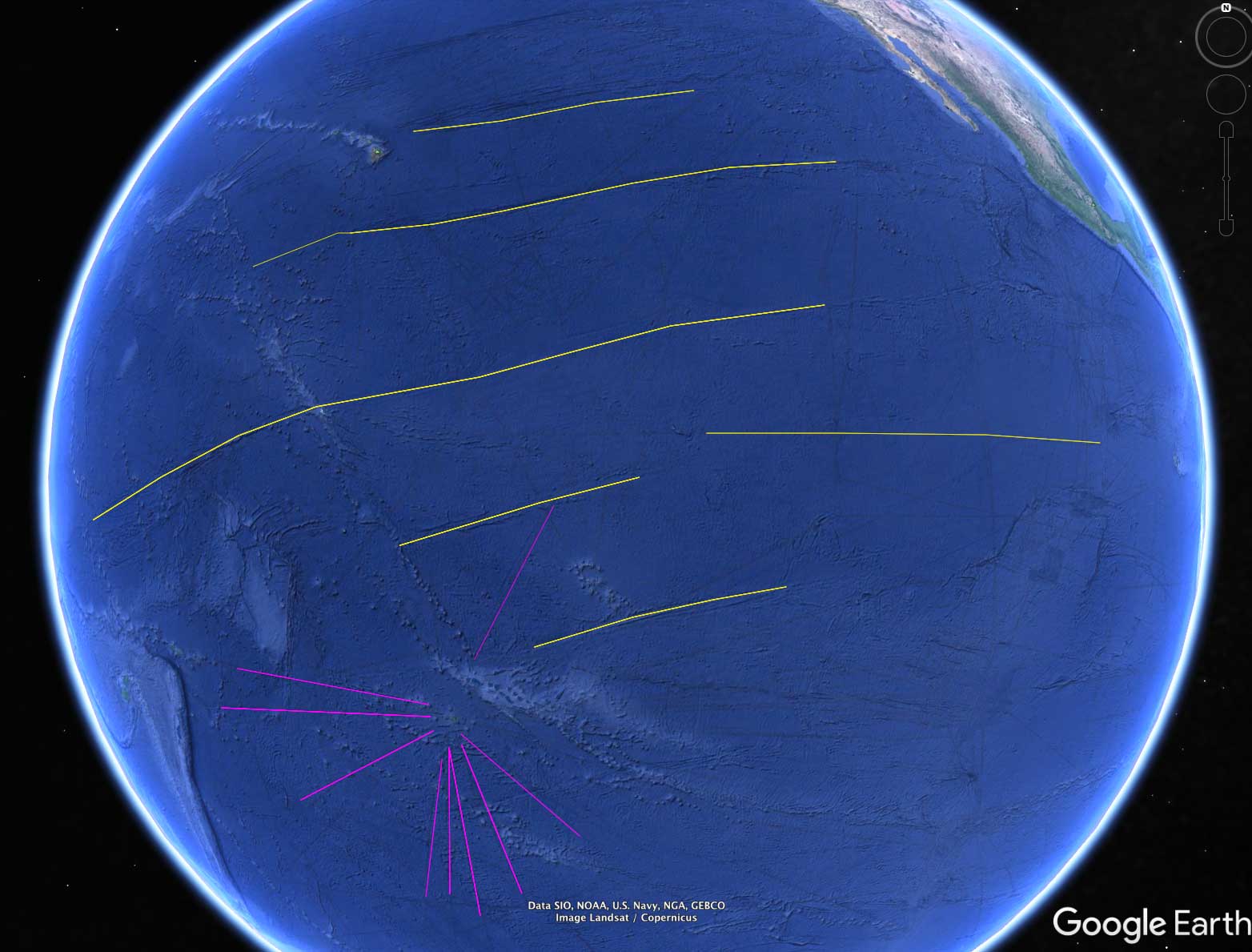 The yellow east-west trending lines (except possibly one) are transcurrent faults associated with mid-ocean ridges. They divide strips of ocean floor produced by segments of the ridge.

A mid-ocean ridge is not a continuous line. Instead, it's a series of short segments offset from each other. Transform faults connect the offset spreading-center segments.

In the section of fault between the two spreading segments, the strips of oceanic crust they produce are moving in opposite directions on different tectonic plates, but as the mid-ocean ridges make more oceanic crust over millions of years, the strips on the "same side" of the spreading center segments will come into contact with each other as part of the same plate. One strip's rock will be considerably older than on the strip next to it, and the line where they contact is a "transcurrent" fault that will last until that part of the plate is subducted. Some of these faults are more seismically active than others, due to the same stresses that caused the offsets in the first place.

Look at this Google Earth screenshot of the northeast Pacific that I've marked up: 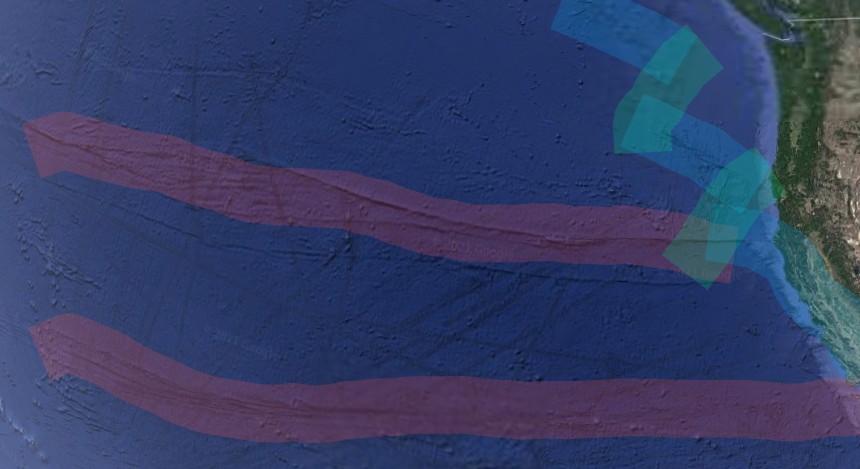 Two of the lines you pointed out are highlighted in red. The spreading ridges are green and the transform faults are blue. This is an unusual circumstance because they are connected at one end by a long transform fault, the San Andreas Fault. When the North American Plate finished swallowing the Farallon Plate in this section 30 million years ago, the spreading centers of the East Pacific Rise adjusted themselves to the stresses along the SAF.

Now, about the image and the one line that doesn't fiy. Google derives their seafloor map by combining several sources: Actual bathymetry from ship tracks (the dark streaks), gravity data (older seafloor is denser), maybe even a satellite radar map, and probably fills in the gaps with a computer model. The one line that's out of alignment is a ship track. You can tell by zooming in on it to spot a streak of higher-resolution image surrounded by fuzzier terrain: 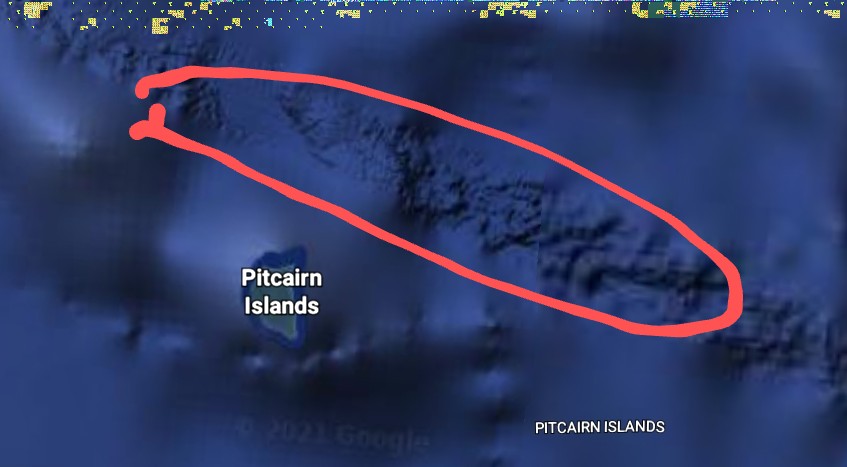 . When you zoom in on one of your lines, you still see the feature.

Not the answer you're looking for? Browse other questions tagged topography ocean-ridge sea-floor or ask your own question.

11
What are the striations or ridges in the eastern Pacific Ocean?
9
What causes the "ripples" that extend east-west along the mid-atlantic ridge?

9
What are the causes of lower UV radiation at lower elevations?
12
What are the non-anthropogenic causes of The Netherlands' low elevation?
7
What is the geochemical source for the helium detected in deep Arctic explosive eruptions?
5
What is the tectonic explanation for parallel ridges in the Arctic Ocean?
11
What are the striations or ridges in the eastern Pacific Ocean?
9
What are these underwater structures near 6°N 85°55'W
9
What causes the "ripples" that extend east-west along the mid-atlantic ridge?
4
What does the term "topology" mean in geology?
3
What are these 'spine' land features on the banks of the Oder river?