The Pacific Northwest is about to endure the hottest temperatures in recorded history. What is the atmospheric setup causing it?

This is going to blow the July 2009 heat out of the water and into geostationary orbit. Dew points will also be high, between 17-20 Celsius. This goes beyond Arizona-during-the-monsoon-heat and into East Coast heat dome territory. What is the synoptic setup that is causing this combination of deadly heat and oppressive humidity, considering that the Rockies block Gulf moisture from crossing into the West and raising dew points? 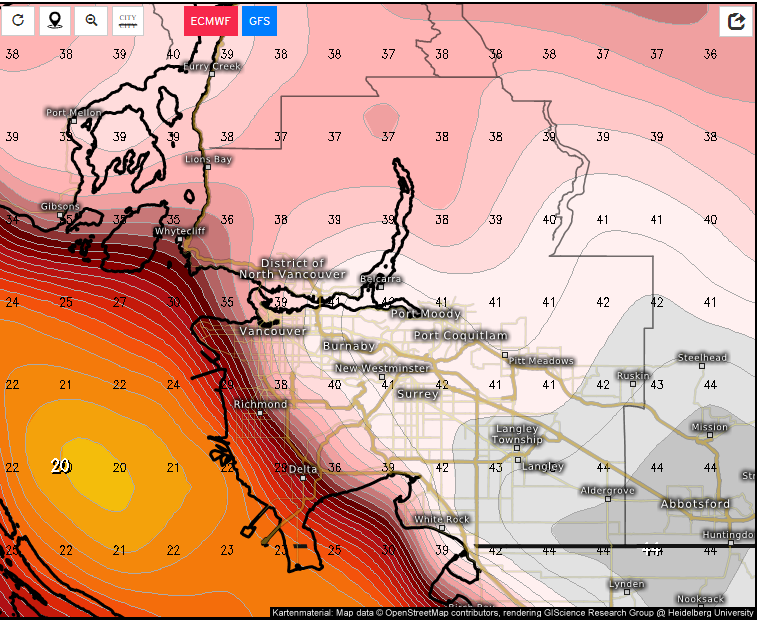 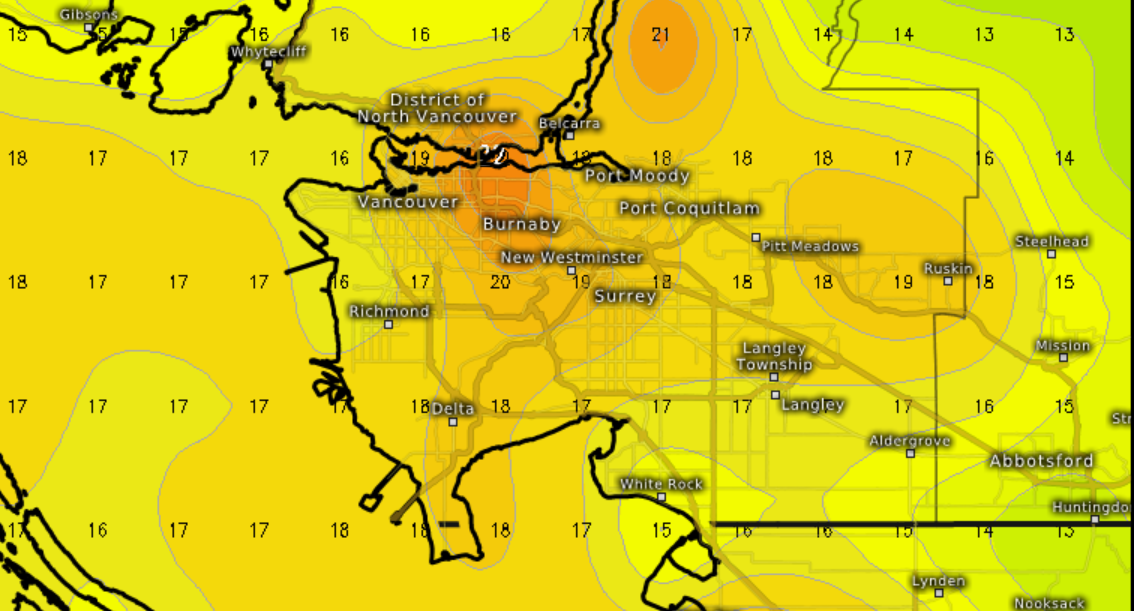 One might say it's a "perfect storm", heat-wave version. High pressure aloft and wind patterns driven by a low-pressure trough on the ground conspire to raise surface temperatures.

The intensity of this heat dome, based on projected atmospheric pressure at high altitudes, “is forecast to be near the strongest on record at Quillayute, WA upper-air station,” tweeted the Oregon Climate Office.

The Weather Service office in Seattle wrote: “temps aloft will warm to readings as warm as we ever see — even in mid summer.” 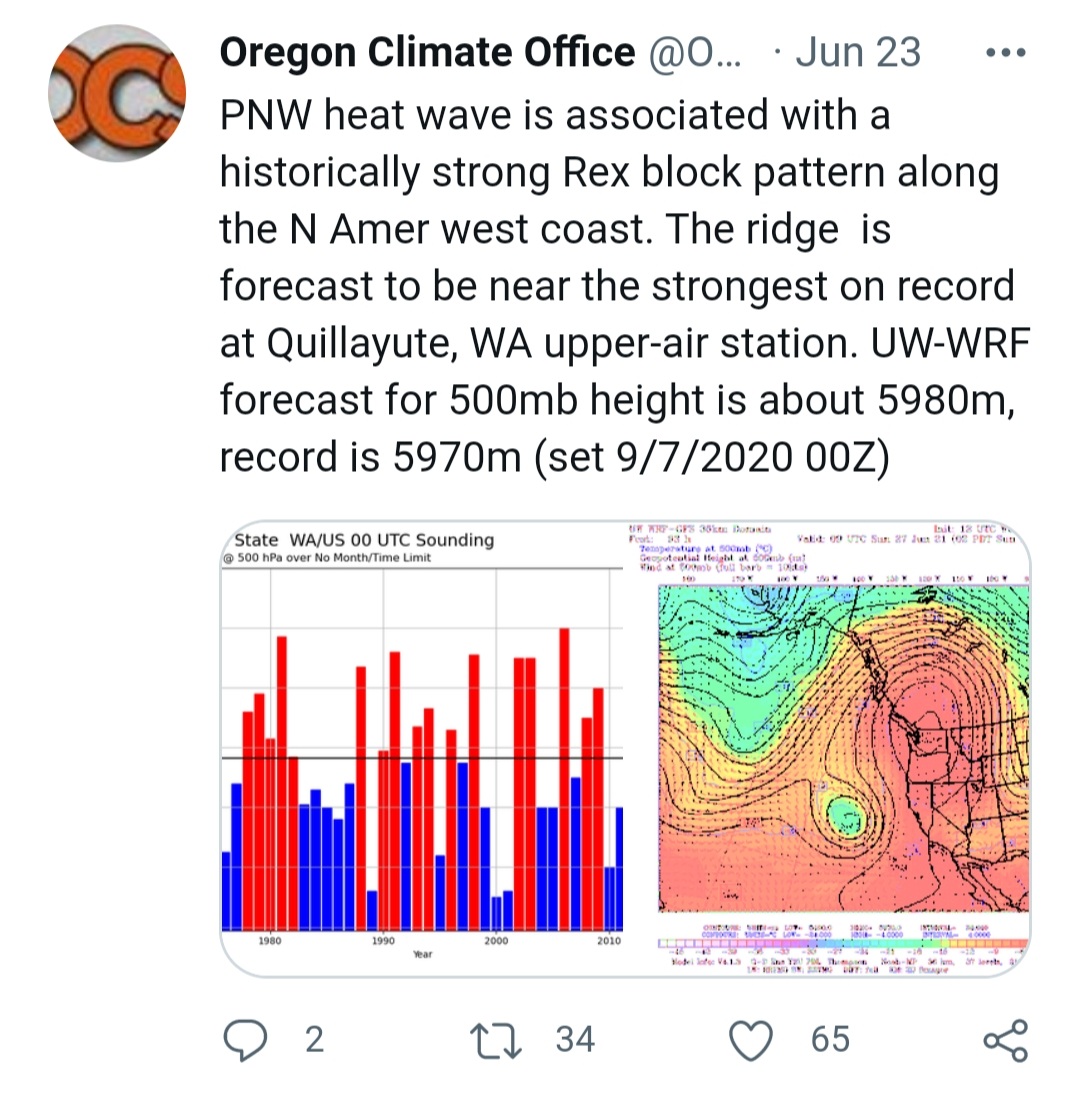 In other words, pressures above half the normal atmospheric pressure of about 1000 mb are climbing as high aloft as they have ever been.

The heat’s intensity will be augmented by what’s known as a “thermal trough,” a zone of low pressure near the ground that increases air flow from east to west or land to sea, effectively cutting off any cooling sea breezes.

So there is the second element of the heat wave, not only are overland temperatures raised by the pressure pattern aloft, but cooling breezes from the sea are blocked from competing with the overland heat dome.

Perhaps the editors of the Post could not resist making their opinion of climate change known given this weather situation:

Evidence suggests heat domes such as this are becoming more frequent and intense due to human-caused climate change and the buildup of heat-trapping greenhouse gases in the atmosphere.

We'd like to see the evidence before pronouncing our own opinion on such a grand cause, but the pressure distribution is certainly there.

Not the answer you're looking for? Browse other questions tagged meteorology weather-forecasting extreme-weather or ask your own question.

14
What is the lowest latitude at which snow has been recorded at sea level?
13
What is the formula used for atmospheric visibility?
7
What are the differences between Climatology, Meteorology and Atmospheric Science?
1
Why has the average low for the hottest months in Clearwater Florida about 5 degrees higher than the historical average?
9
What is the loudest thunder ever recorded (dB) at ground level and where did it occur?
12
What was the highest temperature ever recorded on the surface of Earth?
3
What is the synoptic/atmospheric setup that is causing the U.S. severe weather outbreak in May 2019?
3
What was the lowest temperature ever recorded on the surface of Earth?