I am trying to understand climate tipping points better and I am looking for a place to ask the following question. If Earth Science SE isn't the right place, a recommendation of a better place would be welcome.

Let me refer to the paper Analysis and Predictability for Tipping Points with Leading-Order Nonlinear Terms and consider the dynamical system described by this set of stochastic differential equations:

The function $g(T)$ captures the fact, that the oceans emit an increasing net amount of $C$, depending on temperature. Let's assume that

The function $\sigma(T)$ captures the stochastic variance of temperature by internal variability which itself depends on the temperature. It may be assumed as

Question 2: What can be said about attractors and long-term behaviour of this system?

Question 3: Can this dynamical system give rise to tipping points?

The Urban heat island effect offset's reliable temp data. Fact is, decades of computer models predicted temperature gains that never happened. If you want an extrapolation of overall temp in relation to CO2 outputs here ya go (Below) Vs. model predictions. Note the Temperature curve failed to Obey the CO2 curve. It's not to say CO2 doesn't have SOME factor in temp. 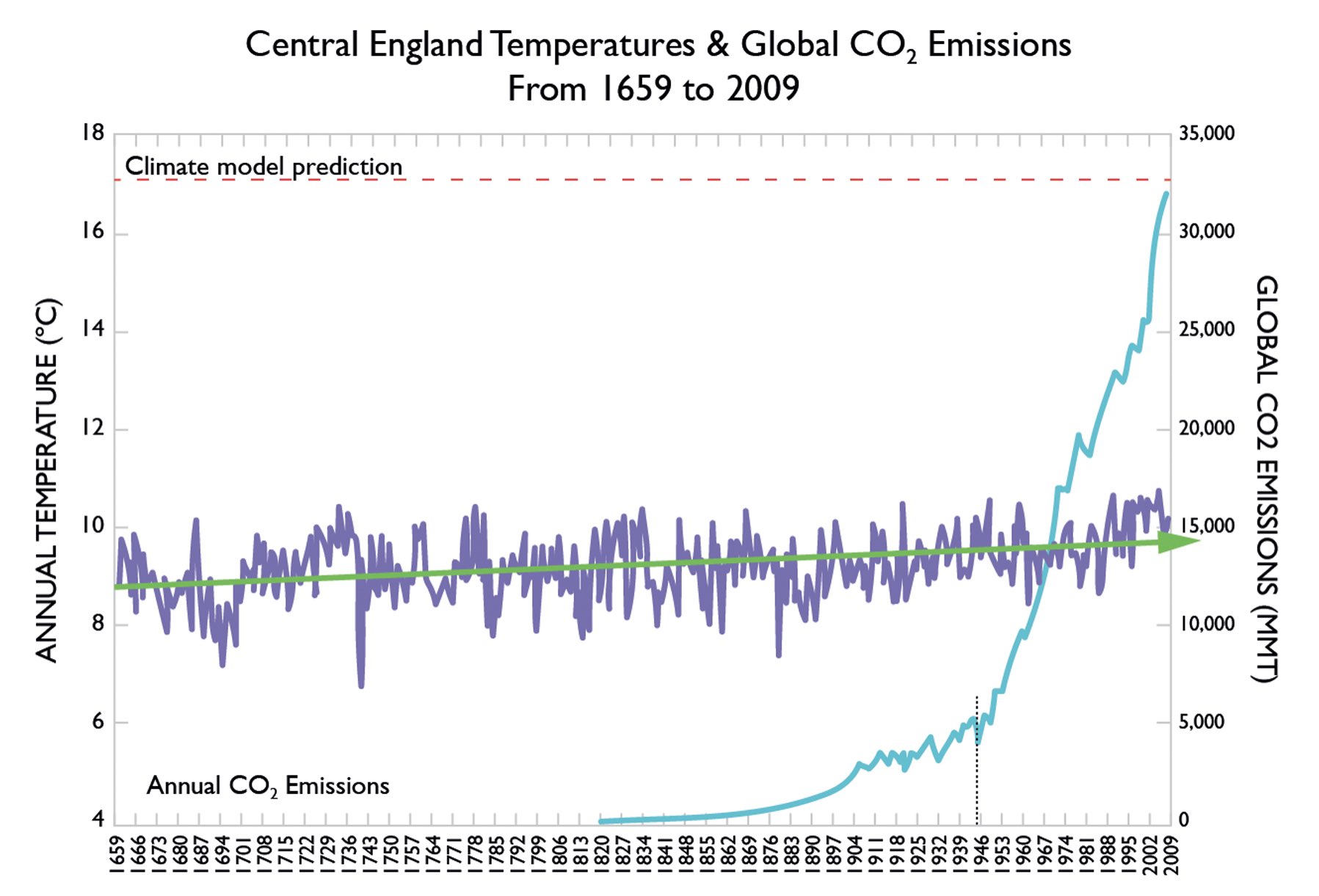 Not the answer you're looking for? Browse other questions tagged climate-change climate climate-models mathematics or ask your own question.

19
Simple Climate Models that Predict Climate Change
2
Why do values stored in data files, such as climate model output, appear to be high?
3
Is evapotransporation accounted for in climate models?
4
where can I download ECHAM climate model data?
4
Do current general circulation models model climate oscillations?
12
Tipping point theory, historical examples
10
Does this peer-reviewed study (referenced in Forbes) contradict the accepted position that climate change is real?