Have there been any studies on how vehicles directly contribute to a rising global temperature?

I've tried searching for this myself, but Google is saturated with the Greenhouse Gases angle of Rising Global Temperatures.

Greenhouse gases aside, to what extent do automobiles directly contribute to a rising global temperature? Has a study ever been done? Is it even a tiny portion? It seems like there are hundreds of miles of roads covered in 200-degree heaters. That heat has to go somewhere!

I saw the term "Thermal Pollution" come up, and that sounds like it could be what I'm thinking of.

I often see folks hanging out in their vehicle idling with the AC Running, and think about how inefficient it is. Of course, A/C systems simply "move" the heat from inside the vehicle to outside of it- But an idling engine in the mix is just a huge waste. 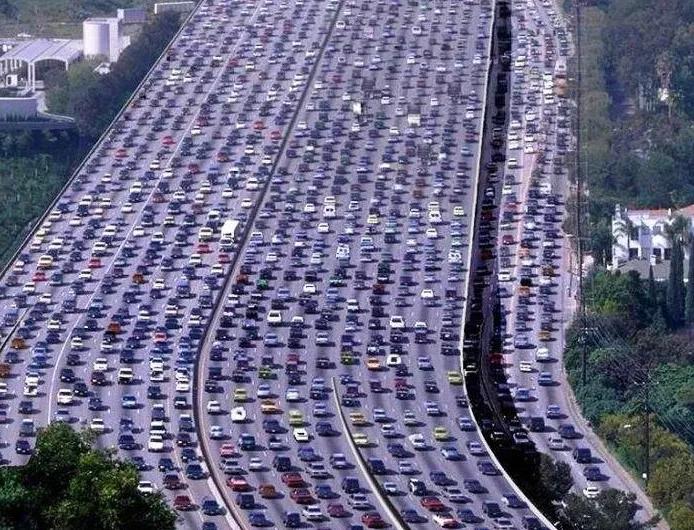 Waste heat from vehicles pales in comparison to the energy from the sun.

In contrast, the sun radiates an average of 340 W/m2 to the Earth's surface.

This is why, despite being only 20% efficient, solar PV could power the world if each country had 100 km2 array, or about 500,000 km2 globally. That's a lot, but still less than 1/10 of a percent of the earth's total surface area.

As comments have pointed out, directly comparing waste heat from vehicles to solar irradiance isn't valid, as these energy sources are coming from and going to different places. But understanding how much greater the sun's energy is (by a factor of nearly 50,000) helps explain why there's more concern about the heat-trapping CO2 from vehicle exhaust, then the heat they directly put into the atmosphere.

Going off the conversation in comments on another answer, I'm converting that info into an Answer.

From a 2017 article on Nature.com, compared to the heat being captured by greenhouse gasses, anthropogenic waste heat only accounts for about 1% of the temperature increase globally.

Nearly 70% of energy is consumed within cities occupying a mere 2% of the Earth’s surface area, and future scenarios indicate that global primary energy consumption will rise 1.6 times (864.7 quadrillion kJ) from 2010 to 2040 (http://www.worldenergyoutlook.org/). Although anthropogenic heat accounts for only 1% of the greenhouse gas forcing, it causes the majority of regional warming, such as urban heat islands1,2, urban boundary heights, and hourly intensity of precipitation at the city level2–5, especially at night.

This article says that most of the problems caused by this issue are local to the regions creating it. Cities, industries, etc. are all creating this waste heat, but it dissipates as the distance to it increases. This means it's not a significant global issue, but it is an issue that needs to be addressed. We just need to realize that we can't ignore the 99% problem of greenhouse gasses to fix the 1% problem instead.

Some of these problems have been studied since 2006 and earlier. According to the 2020 article (on the right half of the screen), this was considered a significant enough problem to be looked into that the Osaka Heat Island Countermeasure Technology Consortium (HITEC) was created. There's also articles from 2013 and 1993 talking about this issue, so it's been looked at considerably, but the only place I can find a number assigned to the amount of this effect is from the Nature article I first referenced.

Osaka Heat Island Countermeasure Technology Consortium (HITEC) was established in January 2006, for the purpose of the development and spread of heat island countermeasure technologies, implementation of measures and verification of their effects, and the collaboration between industry, academia, government, and the private sectors [15].