Apologies if this question may not be up to mark for this stack. I initially asked this on the world building stack but with the lack of replies, I thought I might try my luck here. The main premise is to cool the Indian subcontinent and stave off deaths related to unbearable wet bulb temperatures using the difference in temp of the Tibetan plateau. Thank You! Copy Pasta -

The Indian subcontinent is at the same latitude as the Sahara desert, and if not for the Tibetan Plateau reversing the Haileys cell (?), would have the same environment. The plateau causes rain in the north, and the Arabian Sea and the Bay of Bengal to the south push moisture into the southern peninsula. But still, with global warming, the threat of wet bulb temperatures is increasing and the heat may prove unsustainable for the most populated region in the world. Here is a temperature map - 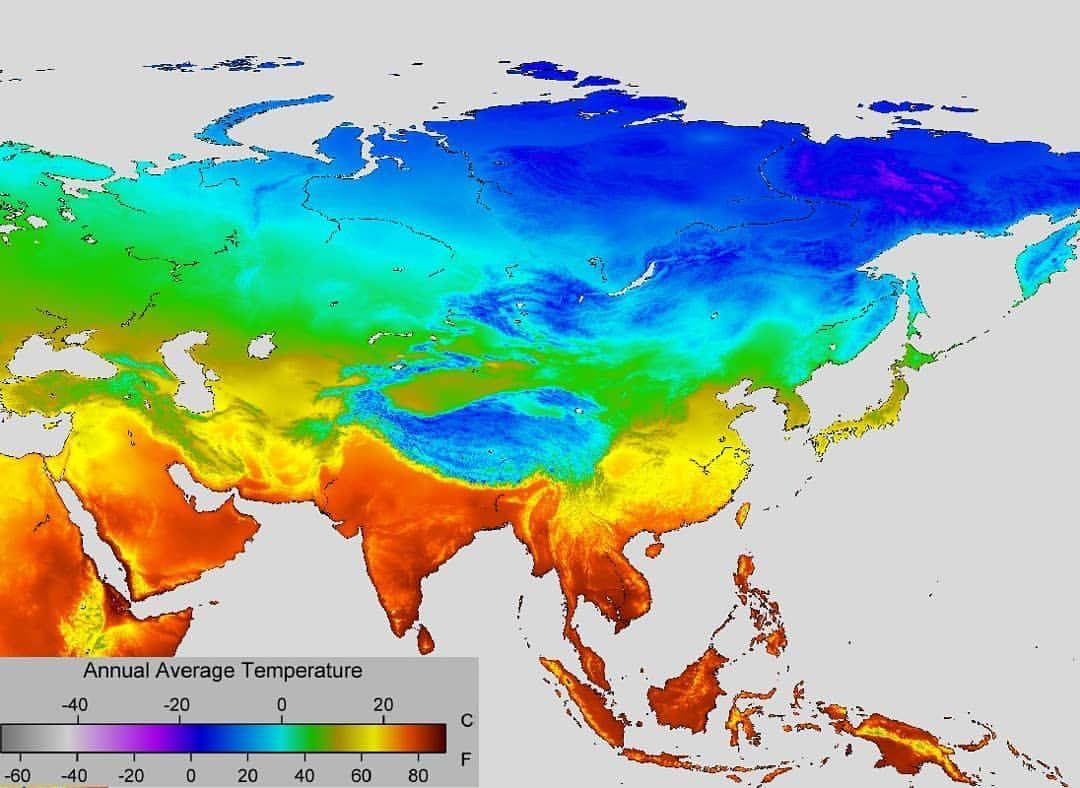 It is clear that there is a massive and sudden temp change from 0 or even -10 degrees C to 25 or 30 degrees C in India. That is at the minimum a temp difference of 25 C or at the maximum 40 C. If the plateau could be terraformed to allow the cold winds of the north to move south like a ramp (hot are rises, cold air falls) it could cool the subcontinent, and lead to more rainfall (idk maybe). It may even pull in the freezing air of the Siberian anticyclone for further cooling. It may also raise temp of Mongolia for better living conditions. Also the convection belt that forms might have high wind speeds for wind power making it a powerhouse for renewables. The last thing of the top of my head is that the arctic would cool faster? Russia might not be coldest place in world anymore. Arctic shipping lane opens up which is big for china and its export economy. Also tibet would be much more habitable opening up much more land? Win win win for China India Russia Mongolia? Myanmar might be better as a test run due to the mountains flanking the Central Valley acting as a better channel for the cold air. But that's geopolitical and I digress. With that out of the way, my main questions are.

Is it theoretically possible? What would it look like? Temperatures in India would fall by how much? Is it economical in the super long term? Impact on globe net positive or negative? Runaway global warming leads to planet heat death? Completely unrelated, how does the rain thing work lol its so confusing what causes rain in certain areas and not others lol...?

First things first: This is an extremely, massively bad idea because except for a few places, there are intervening countries between India and the Tibetan Plateau. Those other countries are not going to like it when India blasts a valley through the Himalaya.

More importantly, this an extremely bad idea because it will have exactly the opposite of the intended effect. One problem is that it won't work all the time. You'll need a high pressure cell over the Tibetan Plateau for the air to flow downward. But then when it does work, it won't do what you think.

Suppose you do manage to convince India to blast a ten km wide set of valleys through the western Himalaya so that air can flow from the plateau down toward New Delhi. That down-flowing air will form a katabatic wind.

The down-flowing air will heat at the dry adiabatic lapse rate, 9.8 °C per kilometer of altitude drop. Assuming a four kilometer altitude difference between the top of the channel toward New Delhi and New Delhi itself, than means a 39.2 °C increase in the temperature from the point of collection and the temperature when the wind hits New Delhi.

Suppose a high pressure cell does set up over the Tibetan Plateau, raising the air temperature to a very pleasant 21 °C at the collection point. That air will be a deadly 60 °C by the time it descends on New Delhi, and the relative humidity will be in the low single digits. This is a deadly combination.

Not the answer you're looking for? Browse other questions tagged climate planetary-science geoengineering or ask your own question.

10
Siberia (Beringia) during last glacier period
2
How much area in the world is under SemiArid climate?
2
Are there resources for determining what percentage of the earth's surface is occupied by air conditioned spaces?
3
How to best visualize temperature increase (due to climate change) using GHCN data?
10
Does the global temperature vary daily (hotter and colder days)?
1
What potential geoengineering technologies could help a country "achieve its Paris (agreement) targets"?
6
How cold would the Earth have to be for the oceans to freeze entirely?