Meteorological phenomenon can span large ranges in size and strength and categorizations exist based on thresholds, One example is the Saffir–Simpson hurricane wind scale (SSHWS) (see also NOAA)

update: It's been pointed out that there is a "descriptions tab" on the page which says:

I'm curious if these four descriptions are standardized categories or are simply chosen here to give a sense of increasingness to the progression in color and severity of rainfall.

Are terms like "Extremely Torrential Rain" universal in meteorology? Are these standardized categories widely used in meteorology or are these ad hoc definitions for this weather service? 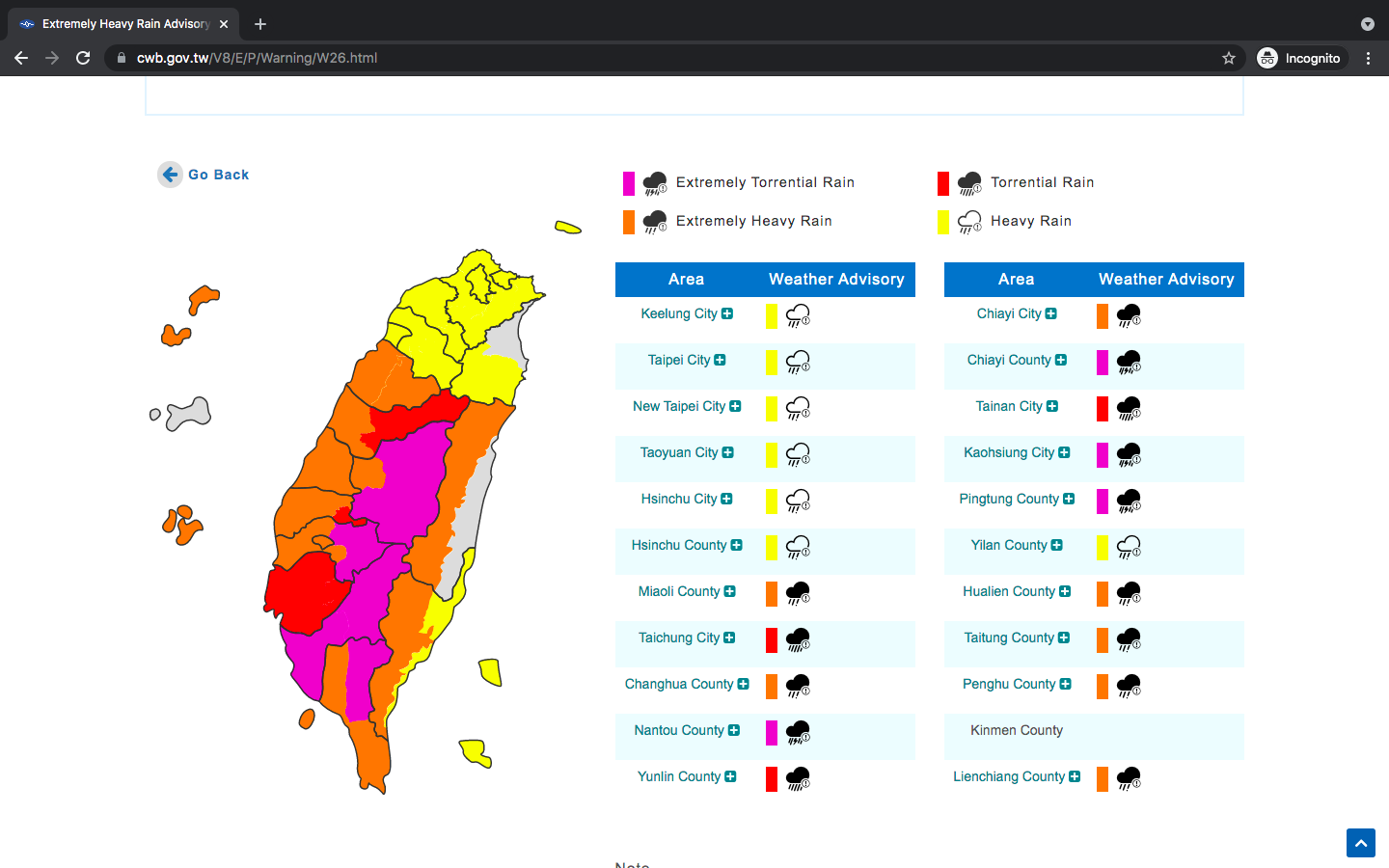 In New Zealand, heavy rainfall is defined as rainfall greater than 100 mm in 24 hours.

The rainfall categories defined in USGS are as following:

Here is the glossary of rainfall intensity (among other things) as defined and used by the Indian Meteorological Department:

In Taiwan, as mentioned in the question, the rainfall categories are:

From the above examples, it is clear that there is no standard terminology for rainfall intensity used worldwide, unlike the Saffir–Simpson hurricane scale. Various quantities of rainfall are given various monikers by the meteorological departments of the local governments based on the climate, geography and drainage of the area under consideration.

Further, the words in rainfall classification are so widely used that it is perhaps not possible to standardize them even if one wants to. A typical daily rainfall in Cherrapunji would be considered as heavy rain in Riyadh, for example. On the other hand, Categories 1, 2, 3, 4 and 5 in the Saffir–Simpson scale did not have any meaning before being defined. Whereas, 'moderate', 'heavy', 'torrential', etc. are widely used words whose meaning varies from region to region when used in association to rainfall quantity.

Not the answer you're looking for? Browse other questions tagged meteorology tropical-cyclone rainfall terminology rain or ask your own question.

4
Is it unusual to see haboobs travel over the Indian Ocean with shelf clouds on top? What conditions can bring all of this about?