Did Dark Lightning turn out to be a real thing? Is this what produces gamma ray flashes from lightning storms?

These gamma rays are associated with weather that produces lightning, but the actual mechanism for gamma ray production by weather was still uncertain at the time.

The video explains that a discharge mechanism called "Dark Lightning" might produce the gamma rays without producing the same visible light signatures that normal lightning produces.

Question: Did Dark Lightning turn out to be a real thing? Is this what produces gamma ray flashes from lightning storms?

Screen shot from the video shows a graphic of a booklet with the following words on its cover: 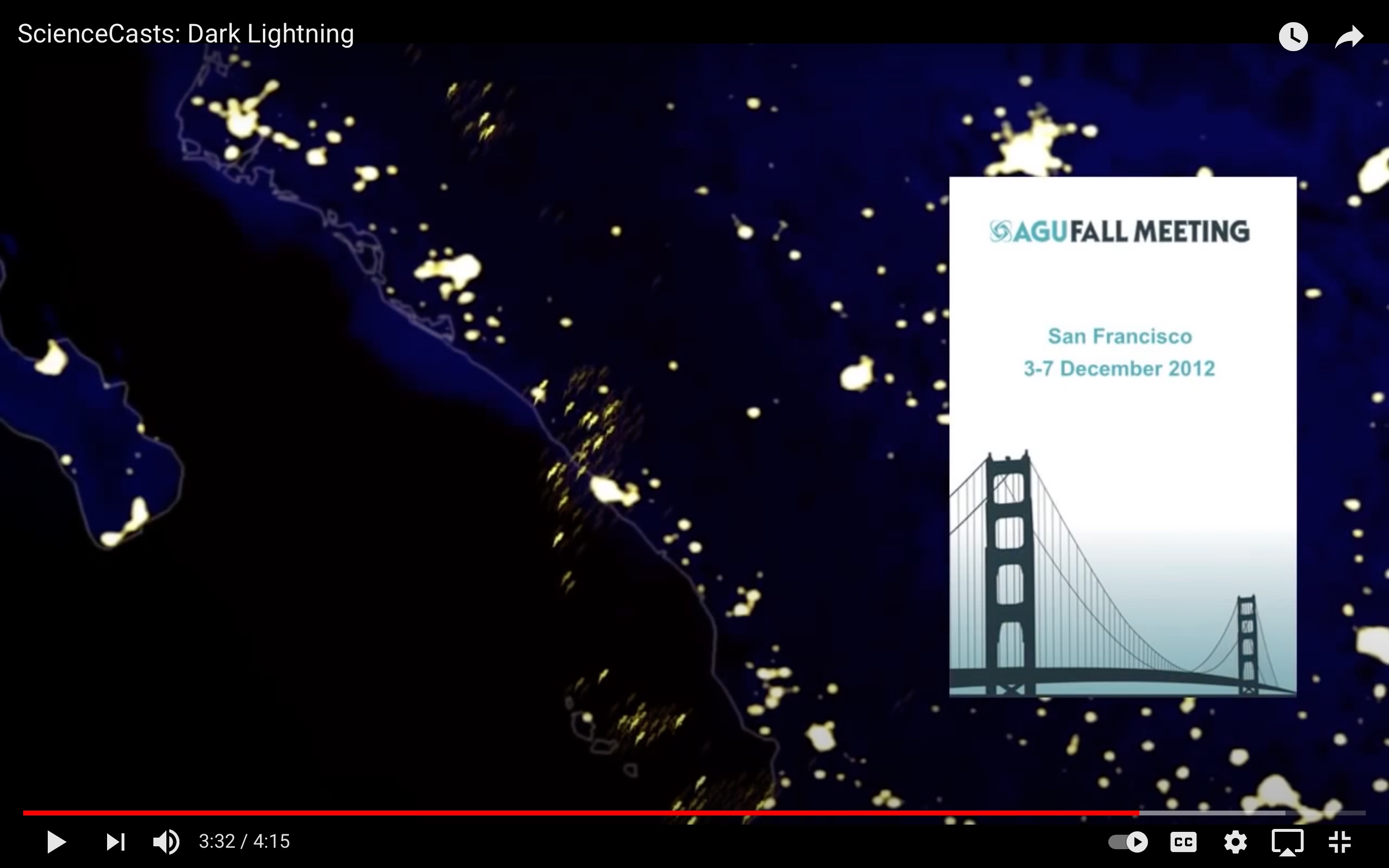 Browse other questions tagged meteorology lightning electromagnetism ionizing-radiation or ask your own question.