Is there any single, generally accepted statistic describing the flatness of a given territory?

I'm very interested in Russian history, and this led me the other day to look at a beautiful painting of the famous Vladimir Highway. The painting is famous in its own right, and is said to express deep truths about the Russian soul. It made me ask myself: Is Russia flatter than the UK? (I'm English.)

The question seems fairly straightforward, but I can't see any straightforward way of answering it. On the one hand, Russia's highest peak, Mount Elbrus, is some 5642 m above sea level, and thus over four times higher than Ben Nevis, the UK's highest point. On the other hand, Russia's famous lack of defensible terrain has led to Moscow being besieged and/or razed numerous times, whereas the moorland which constitutes most of the border between England and Scotland hindered the English from ever subjugating their northern neighbours militarily.

Average elevation seems like a sensible statistic to look at - until one remembers countries like Botswana, which is located on one large plateau, and which thus has a high average elevation, and yet (I'm told) is rather flat.

I suppose one would want something like an interquartile range of elevations. But how would one pick, say, 100 elevations in the country in question, from which to pick the 25th and the 75th highest?

Is there already one single, generally accepted statistic for measuring how flat or hilly a given country, county, parish, etc is? If so, how do Russia and the UK compare to other countries? 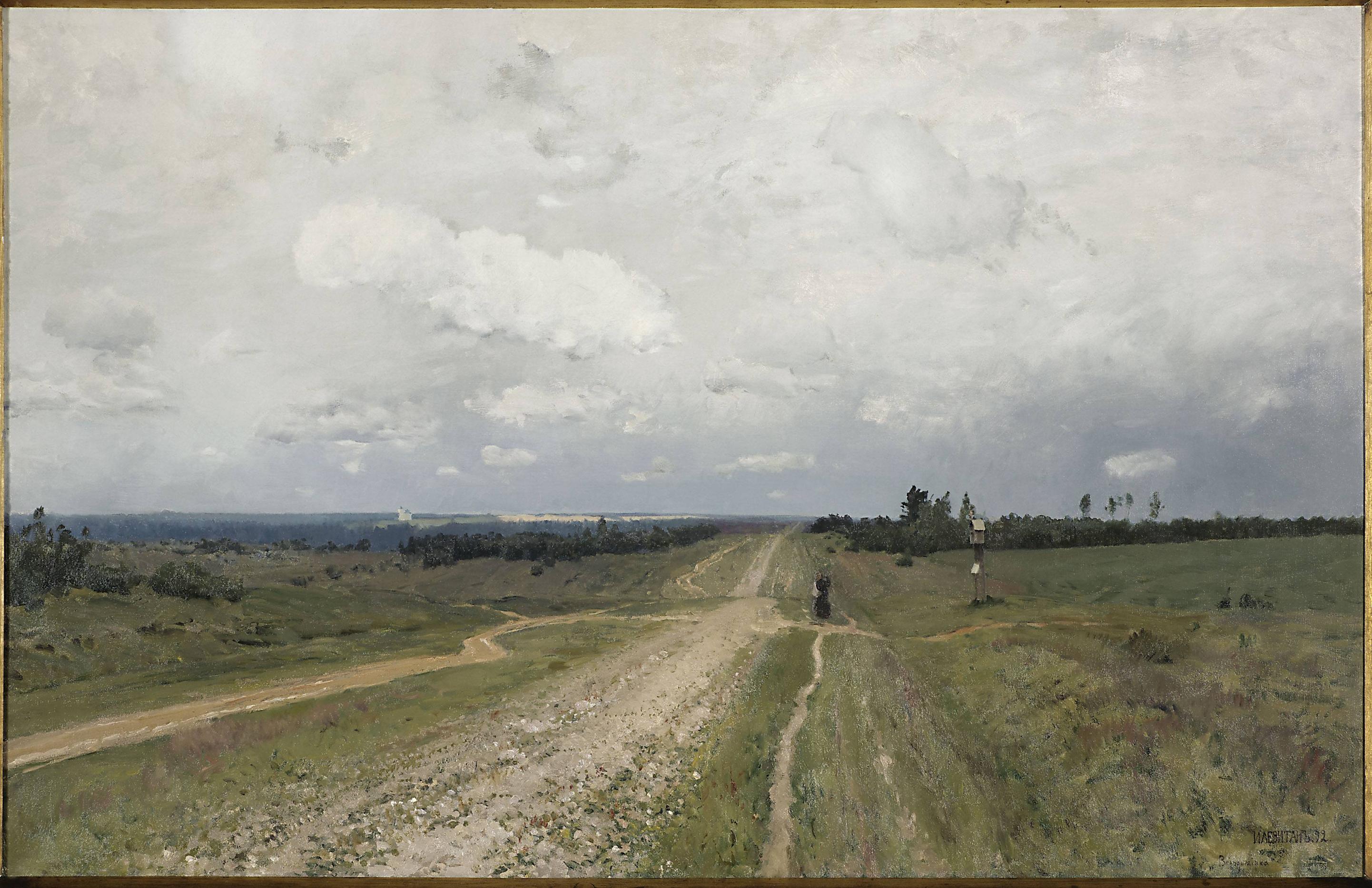 It's actually more complex than you would think because landscapes are approximately fractal surfaces. An analogue is the coastline paradox. Basically, the problem is to measure the length of a coastline. Simple, right? But, as it turns out, it's totally dependent on the resolution used. The smaller your measuring stick, the more little inlets you measure, and the perimeter grows to infinity in the limit of small measuring sticks as you measure around every little sand grain and rock. Lines like these are, statistically, fractals, in the sense that, looking at smaller and smaller scales you will see about the same amount of looping back on itself. These are common in nature; a better example (because it is a fractal to much smaller scales) is a cloud.

Similarly, there is no preferred scale when looking at a landscape, because large mountains look approximately like hills (hills in the same region-the statistics are not the same around the world). The way to measure the roughness of these surfaces is by their fractal or Hausdorff dimension.

Of course, however, all of these things are not perfect fractals and are really only fractals for a certain size range. Big mountains look like little mountains, but rocks under your shoe look different. And in my explanation above, it's questionable to compare the sand grains to the coast as you would see it on a map. And, finally, I don't have expertise regarding what actual geographers use as their measure of roughness, but they certainly have to contend with fractal statistics.

18
How to quickly or easily prove the world is spherical?
75
Are there any saltwater rivers on Earth?
0
Is there any correlation between Australia's uranium deposits and the unique animals?
1
Sink holes in drainage area
8
Are there seamounts as close as 100 m to the water surface and not inside any Exclusive Economic Zone?
4
Is there any possible way that a tropical cyclone of any strength could form over land?
34
Is there any river that does not discharge into larger body of water?