How did these holes form in the rock? [closed]

I've been trying to figure out how these holes formed in the rock. These pictures were taken in Quebec, Canada on small lake in cottage country. The strange thing is that they are almost both identical. There are no signs of tools used and the lake is very small with not many boats. 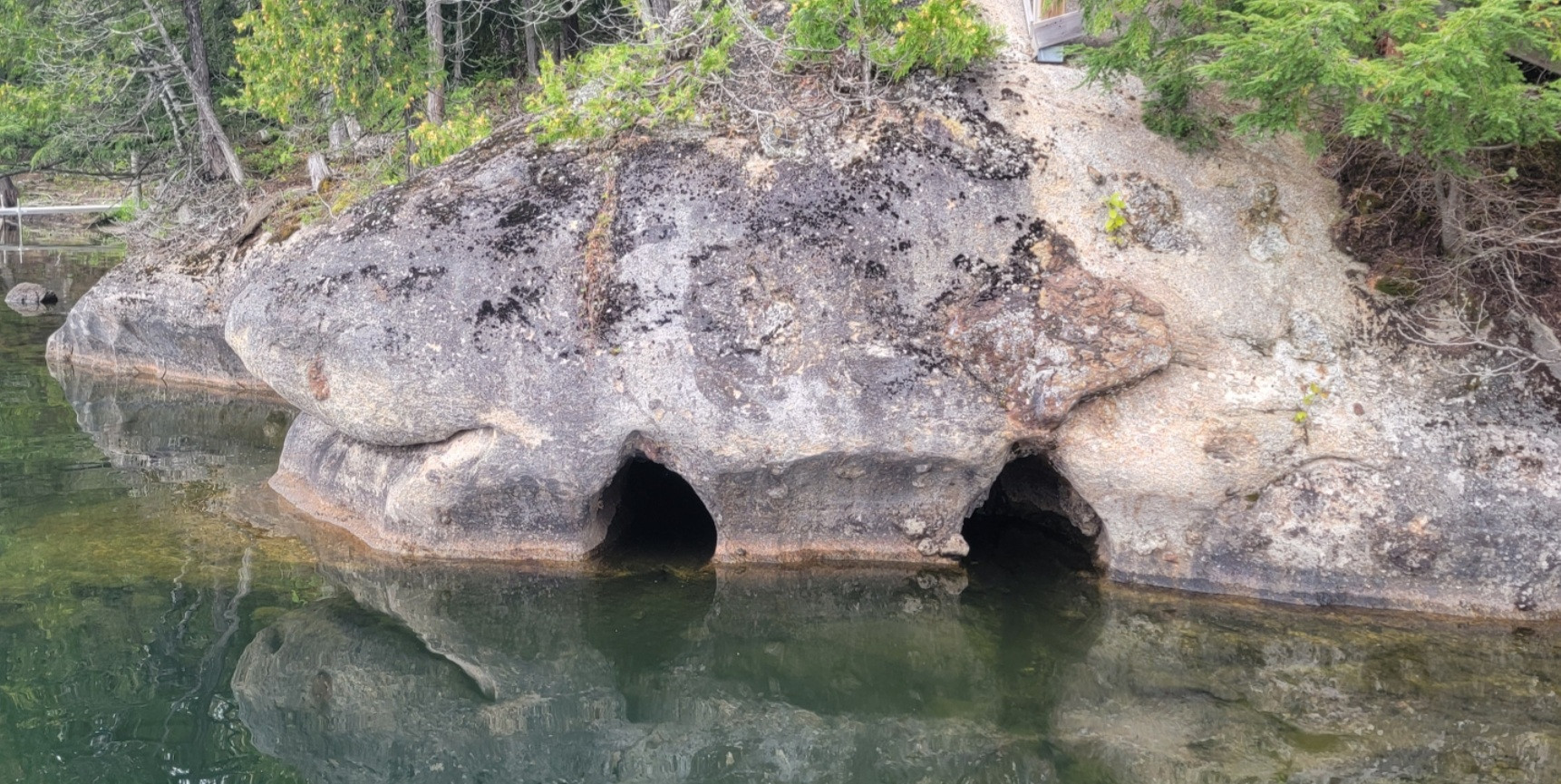 At first glance I'd say this looks like a granite but its hard to tell from the photos, certainly the rock looks to be a fairly massive (lacking structure). Looking it bit closer I'm now thinking it may be a coarse sandstone/conglomerate, judging by the large clasts that appear to be weathering out between the caves.

In either case, both sandstones and granites tend to weather 'spheroidally' into nice rounded shapes. My suspicion is that the rock has some compostional / structural susceptibility to surface weathering where these caves have been formed, perhaps exacerbated by being close to the waterline.

Its quite hard to tell without a proper look around though.

35
How and why did the oceans form on Earth but not on other planets?
14
How are the patterns in solid rock born
4
Any idea what are these circular rock marks?
3
How does this melted-wax erosion pattern form in sandstone?
4
How did this hole / hollow form within this rock?
3
How did these dark lenticular features form? (Near Hoganekkal Falls India.)
3
How did this stone become encased within different rock?
8
How did the Cliffs of Dover form flint in regular stripes?
3
How these rock features form?