I read in my physical geology textbook that sedimentary rocks cannot be dated using isotopic dating, because they are formed from fragments of other rocks and minerals, which if you were the subject individually to isotopic dating would give you a range of dates, many of which would be older than the sedimentary rock itself.

My question is, because metamorphic rocks also form from different rocks and minerals (albeit from high heat and pressure, rather than erosion and weathering), how are you able to date them? The textbook also mentions that metamorphic rocks can be dated using isotopic dating, but that the results only tell us when metamorphosis occurred, but not the formation of the rock itself.

Do the processes involved in the formation of metamorphic rocks cause new isotopes to be introduced in a way that doesn't happen with sedimentary rocks?

There are two ways (at least two I will discuss here) to date a metamorphic rock.

The first is using an isochron. During a heating event, isotope ratios between different minerals (most often used are Rb-Sr and Sm-Nd) equilibrate, and the clock resets among the different minerals. You get a Rb-Sr value for several different minerals and plot them up. Ideally, the slope gives you the age. Here's an example I just found off Google: 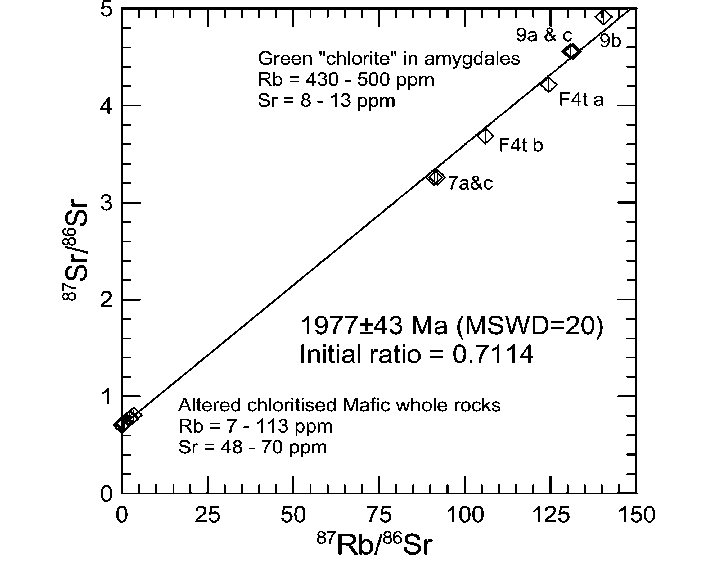 The rock has been metamorphosed (chloritised) and the newly formed minerals, when measured together, give you an age.

The second method is to directly date single minerals. This is ideally better because you can pick up individual events. The first method only gives you the youngest recorded age (you'd hope). With individual minerals, especially good ones, you can individually date growth zones. Often this is done with U-Pb methods. For example, here's a cathodoluminescence image of a zircon: 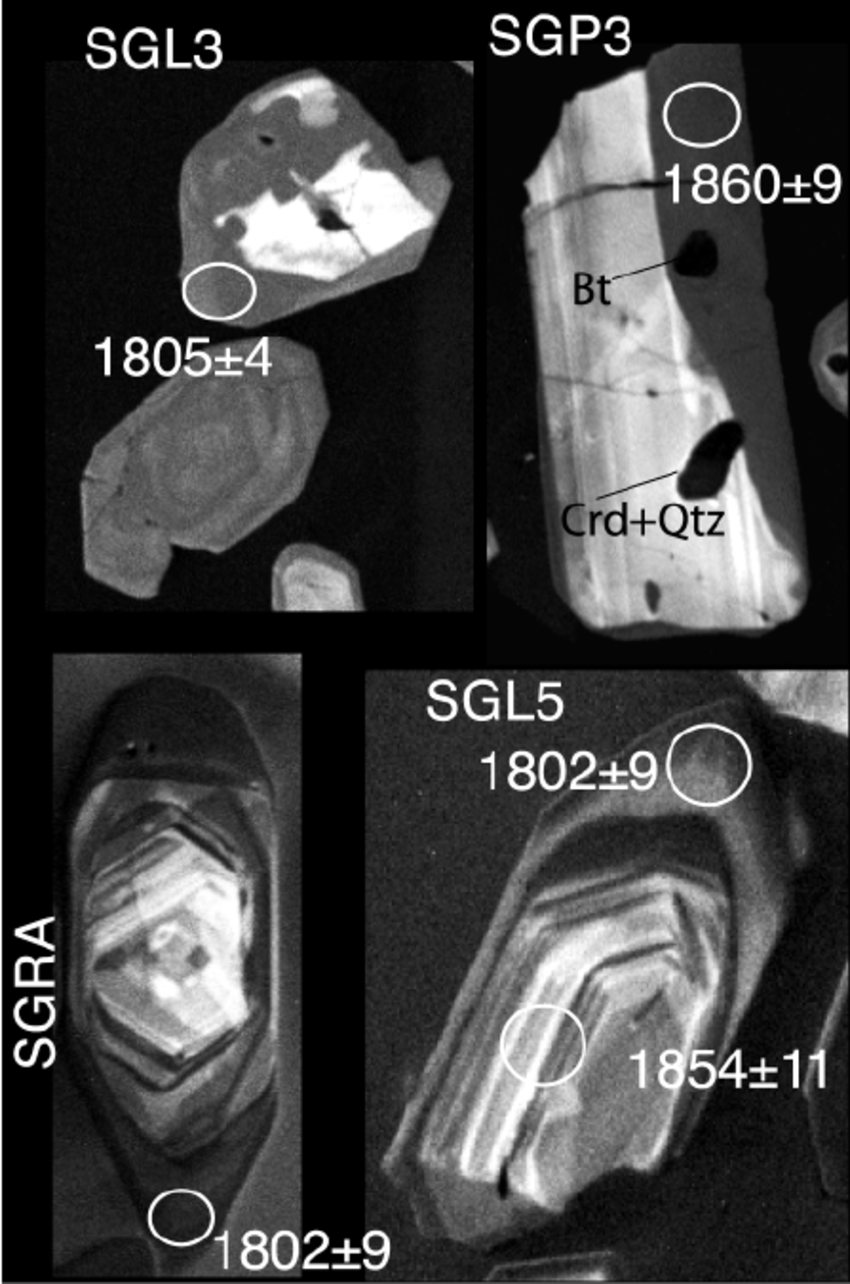 Where you can see that the core of a zircon mineral formed at around 1854 Ma, and the rim at around 1802 Ma. One way this could be interpreted is that the zircon originally crystallised from magma at 1854, and then during a metamorphic event at 1802 it grew bigger and that newly-formed rim records the metamorphic age.

The main objection with regard to sedimentary rock is that you can date the individual mineral grains with isotopic techniques but not when they were laid down together. All metamorphic rocks show some degree of new crystal growth whether through melting of the existing rock or additional material being deposited by transiting geothermal fluids, often both, it is those new crystals that can be dated. Therefore it depends on the mechanism(s) of metamorphosis occurred to determine if you can use isotopic ratios after metamorphosis and which techniques are viable. Rocks that are metamorphosed through the presence of nearby intrusions of igneous rock can be dated to that intrusion using isotopic dating of the resulting deposits. Metamorphic rocks with a high degree of new crystal growth can also be dated as the new minerals will have captured radio isotopes in known proportions as they grew. In the case of rocks that have undergone fluid metamorphosis we have to be more selective but can still take advantage of water soluble isotopes like Potassium being integrated into the rock during the process. Very lightly metamorphosed rocks are harder to date than those that have been more thoroughly altered.

9
How does the composition of volcanic rock change as it makes its ascent towards the surface?
3
When metamorphic rocks undergo pressure, how are they changed?
1
Does grade of metamorphism apply to igneous and sedimentary rocks?
6
What is the metamorphic field gradient useful for?
5
Is this classification of mineral formation environments correct?
1
How to genetically classify a mineral resulted from weathering?
1
Any recommendations for a good online lecture series on Metamorphic Petrology
1
How to genetically classify a weathering mineral or a mineral formed in soil?
1
Geology of the San Gabriel mountains in the Angeles national forest - rock types