The community reviewed whether to reopen this question 8 months ago and left it closed:

Original close reason(s) were not resolved

Which are the reasons to believe that the climate crisis can be solved within our type of civilisation, that is, without putting in jeopardy the important advances of humanity that have been achieved within the industrial era? 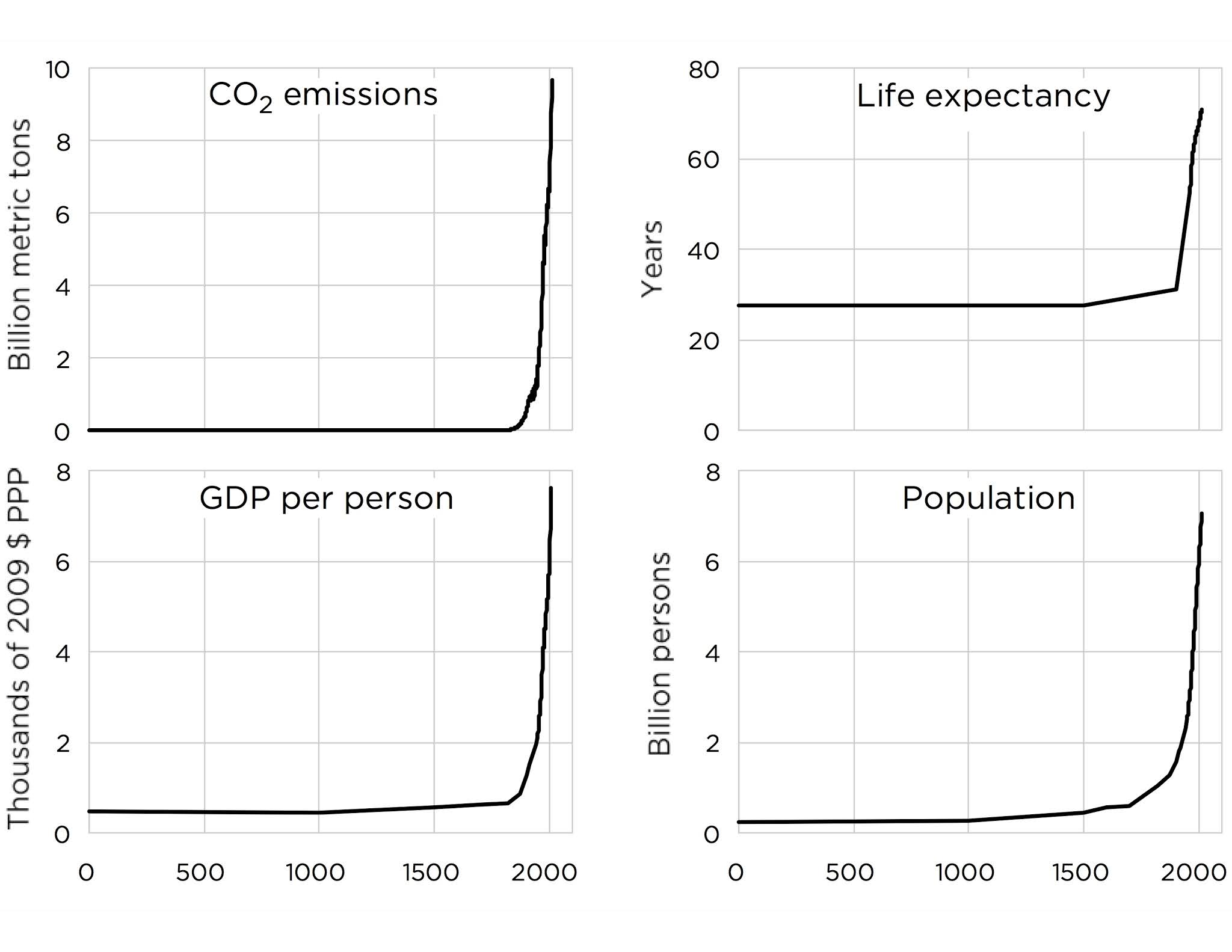 Fossil fuel made it possible to feed more and more people and allowed higher and higher living standards to be achieved. It isn't realistic that billions of us will vote on parties that will decimate our standard of living. Has it been proved that this will not be necessary if fossil fuels are not to be used anymore?

According to the WMO there is a 40% chance of the annual average global temperature temporarily reaching 1.5°C above the pre-industrial level (the tipping point that has to be avoided according to the Paris Agreement) in at least one of the years 2021-25. This anthropogenic global warming is obviously a major threat, but how could the trend be broken without questioning basic advances that have been achieved in the modern epoch?

The first figure shows the annual Keeling curve on a logarithmic scale (values minus 256).

The second is taken from https://industrialprogress.com/mcffdata/ fig 3:1 (including sources).

It is not an invariable and unavoidable correlation between economic growth and growth of CO2 emissions. Civilisation relying heavily on fossil fuels for energy will make CO2 levels rise as it grows but there are now other options for large scale energy production. Civilisation with zero emissions primary energy can grow without CO2 levels rising.

Not the answer you're looking for? Browse other questions tagged climate-change co2 human-influence fossil-fuel predictability or ask your own question.

12
To stop anthropogenic climate change, is it necessary to stop extracting petroleum and start pumping carbon under ground?
34
How does anthropogenic heating affect global warming?
2
Isn't a warmer climate better for energy generation?
1
In a zero carbon future but with increasing energy requirements would Earths oceans continue heating?
2
Review of calculation of CO$_2$ contribution to warming
1
Can we run out of air because of global warming?