What is the cause for large circular areas of air pollution?

Looking at the layer "Air Quality" on my iOS weather app there seem to be large circular areas of air pollution outside of large cities.

What could be the cause for such phenomena? 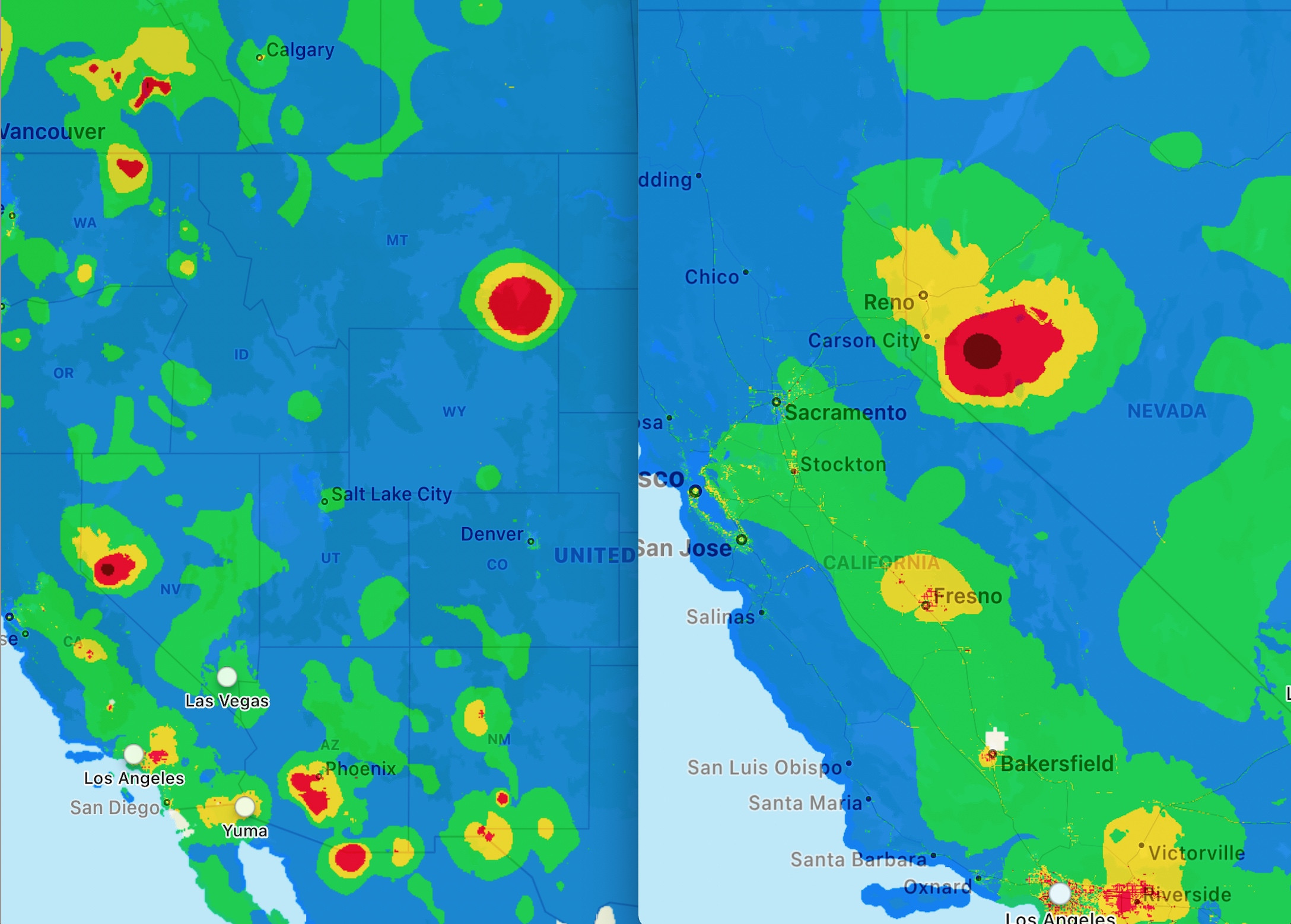 I looked at the same region after one day. The blob near Reno seems to persist. The blob in Montana nearly disappeared. 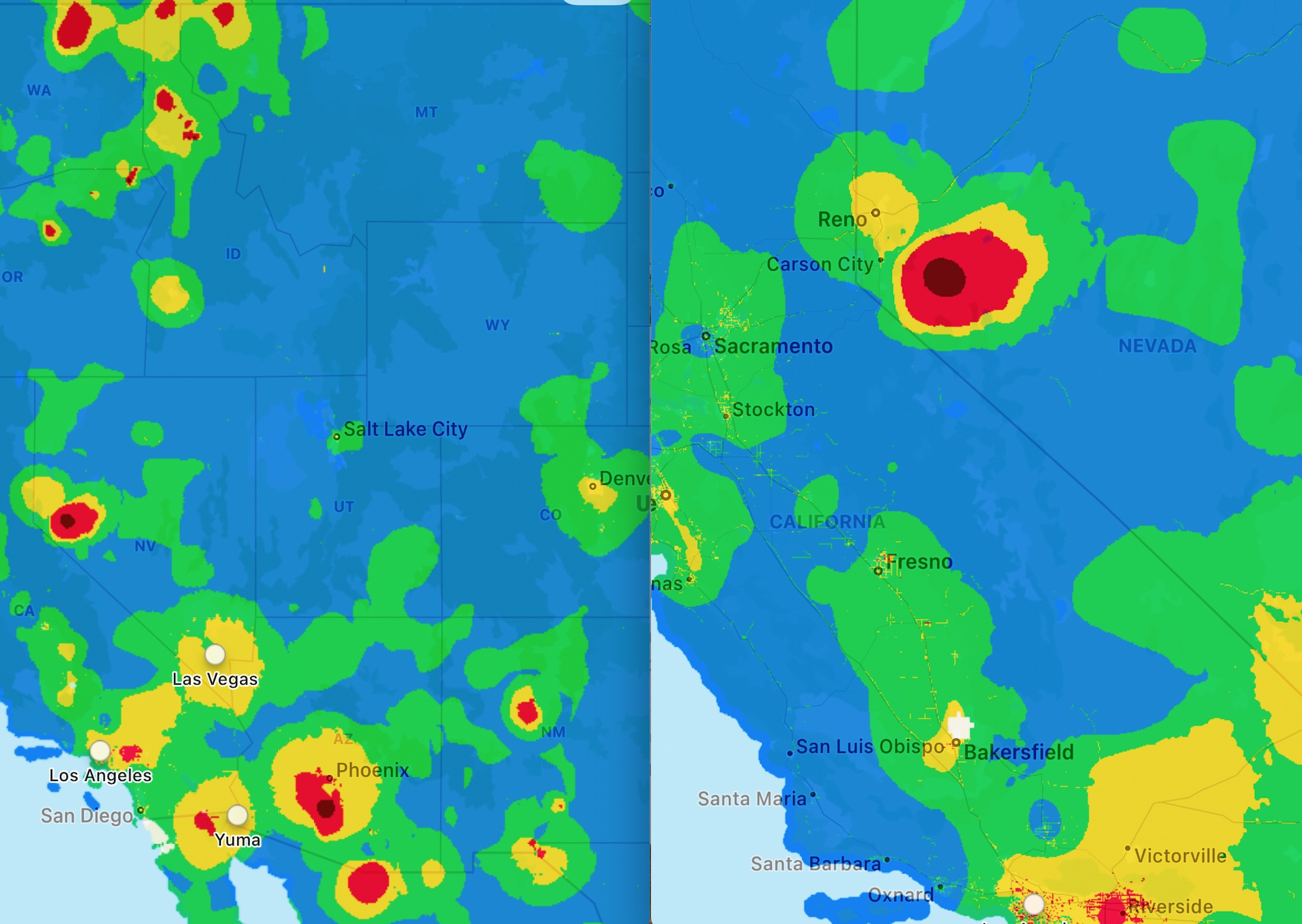 I could not find any incident in Montana to explain the temporary blob.

The blob near Reno has a diameter of min. 50km and is located directly over Yerington. The only incident I found in this area was on October 27. There was a car crash which could/should not be the cause for this.

The source of the weather app is linked to this: https://air.plumelabs.com/en/

Here the Plume Index is shown and the blob near Reno is clearly visible.

The blob near Reno Nevada is not the Anaconda copper mine, which ceased processing activities in 2000 and is currently being rehabilitated.

Not the answer you're looking for? Browse other questions tagged air-pollution air-quality or ask your own question.

5
What causes these periodic high-pressure blobs along the west coast of South America?

3
How can I account for rainfall effects on air pollution?
5
Why does air pollution comes with cold weather in tropical areas?
6
What meteorological data is needed for air quality machine learning models?
1
Folium/Leaflet tiles for air pollution modelling