My daughter found this fossil while walking through the Swabian Jura, in Southern Germany. 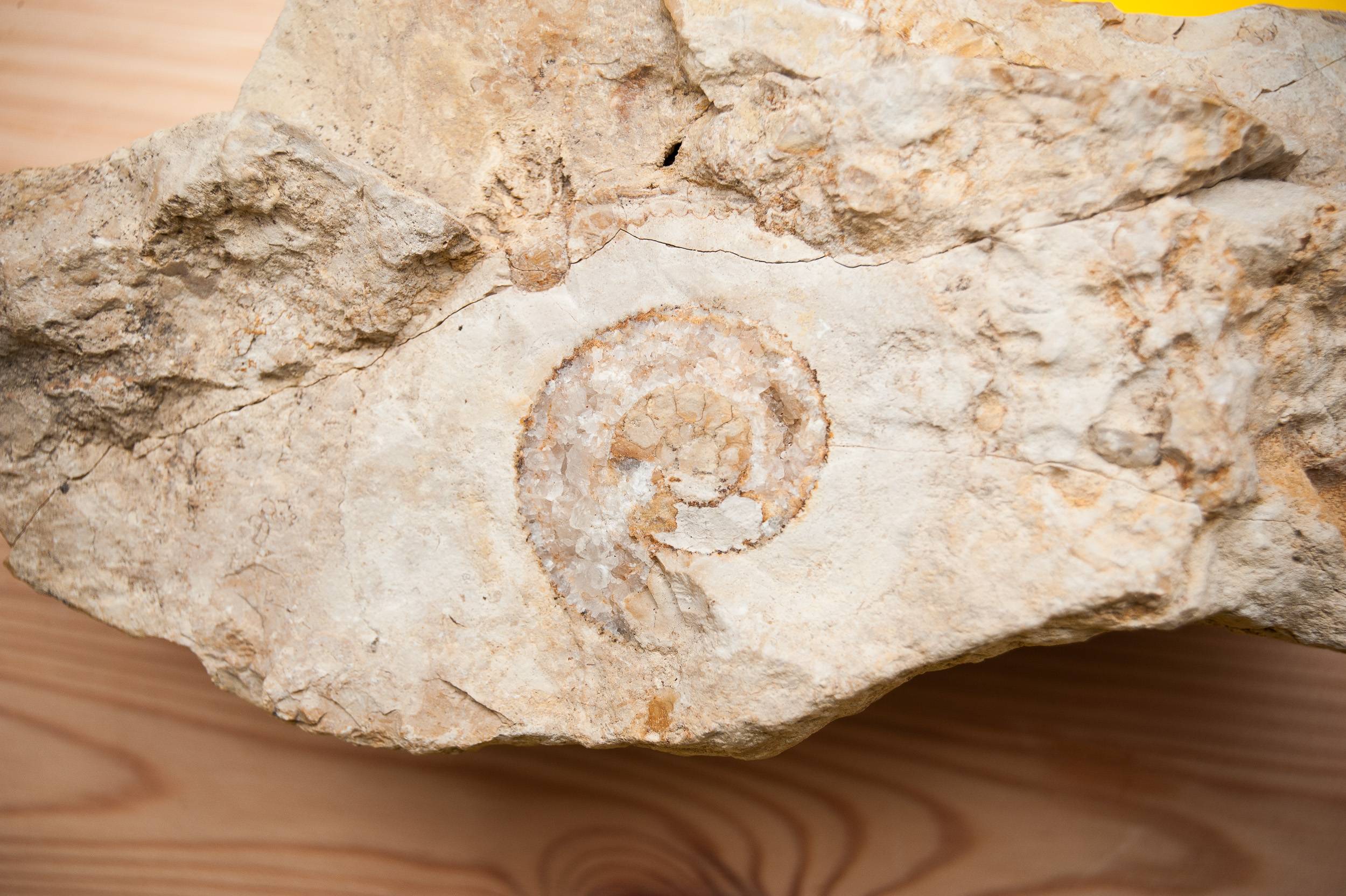 She asked me about it, but I have absolutely 0 clue about geology. The crystal part is 3cm in diameter, but there's a brighter region around it, which might also belong to the fossil, and is 6.5cm in diameter.

Is it an ammonite? How old could it be? Is it really some kind of crystal, is it some salt?

I'd be happy to give my daughter any info. All I've got until now is "That's a beautiful fossil".

Here are some more details: 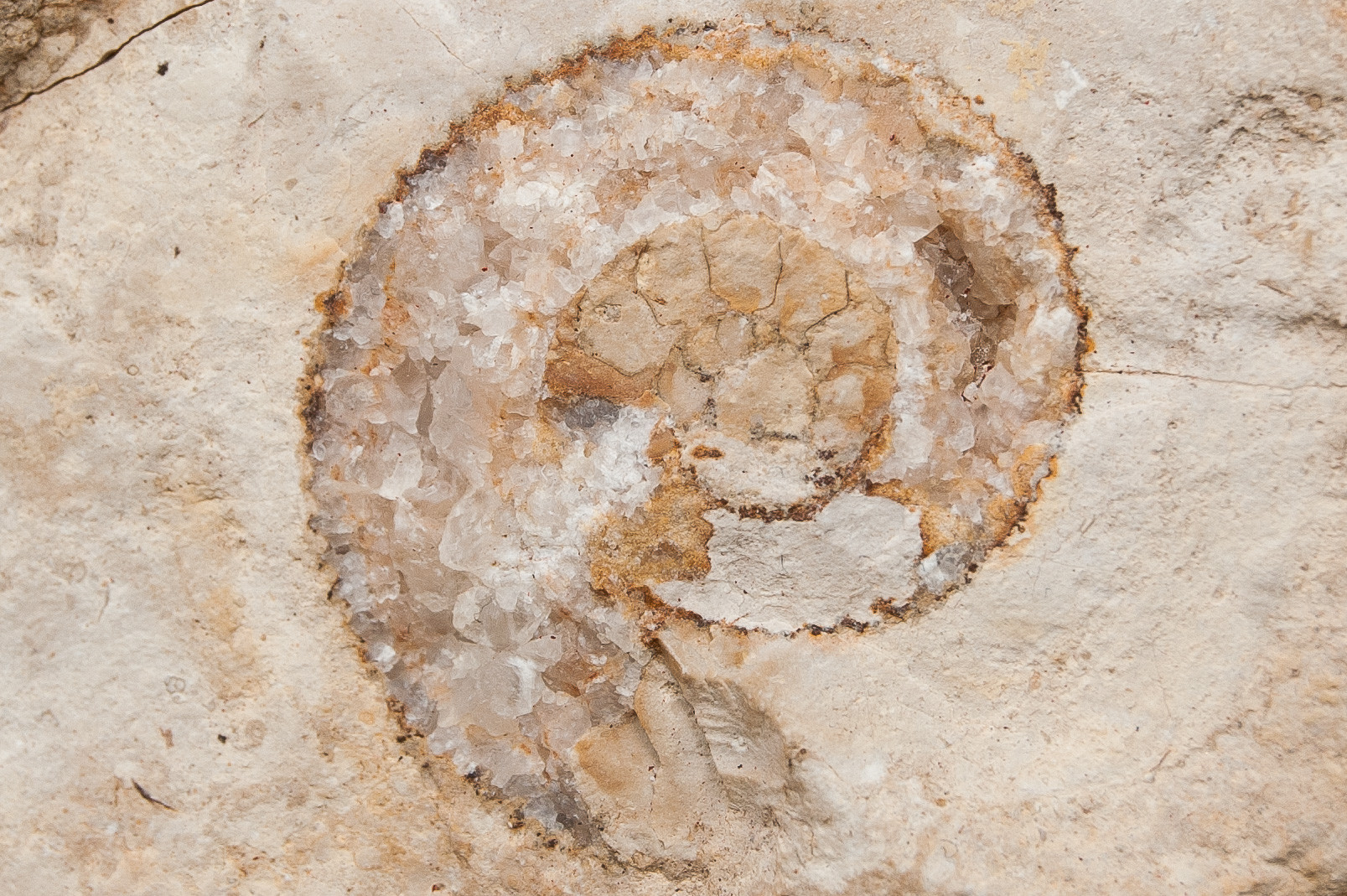 Does this also belong to the fossil? 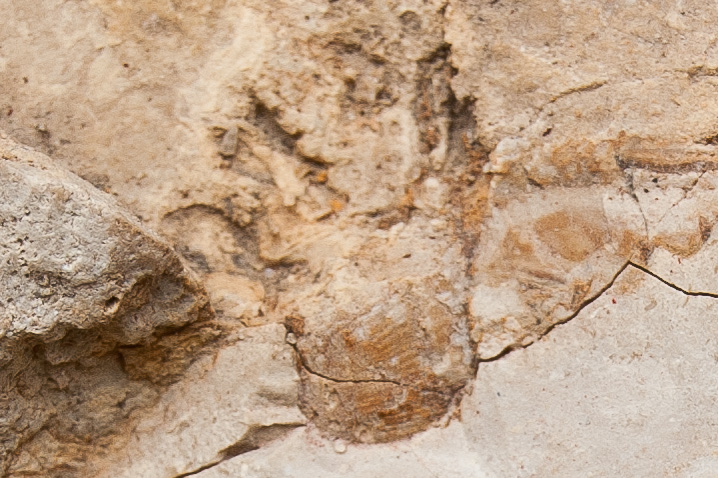 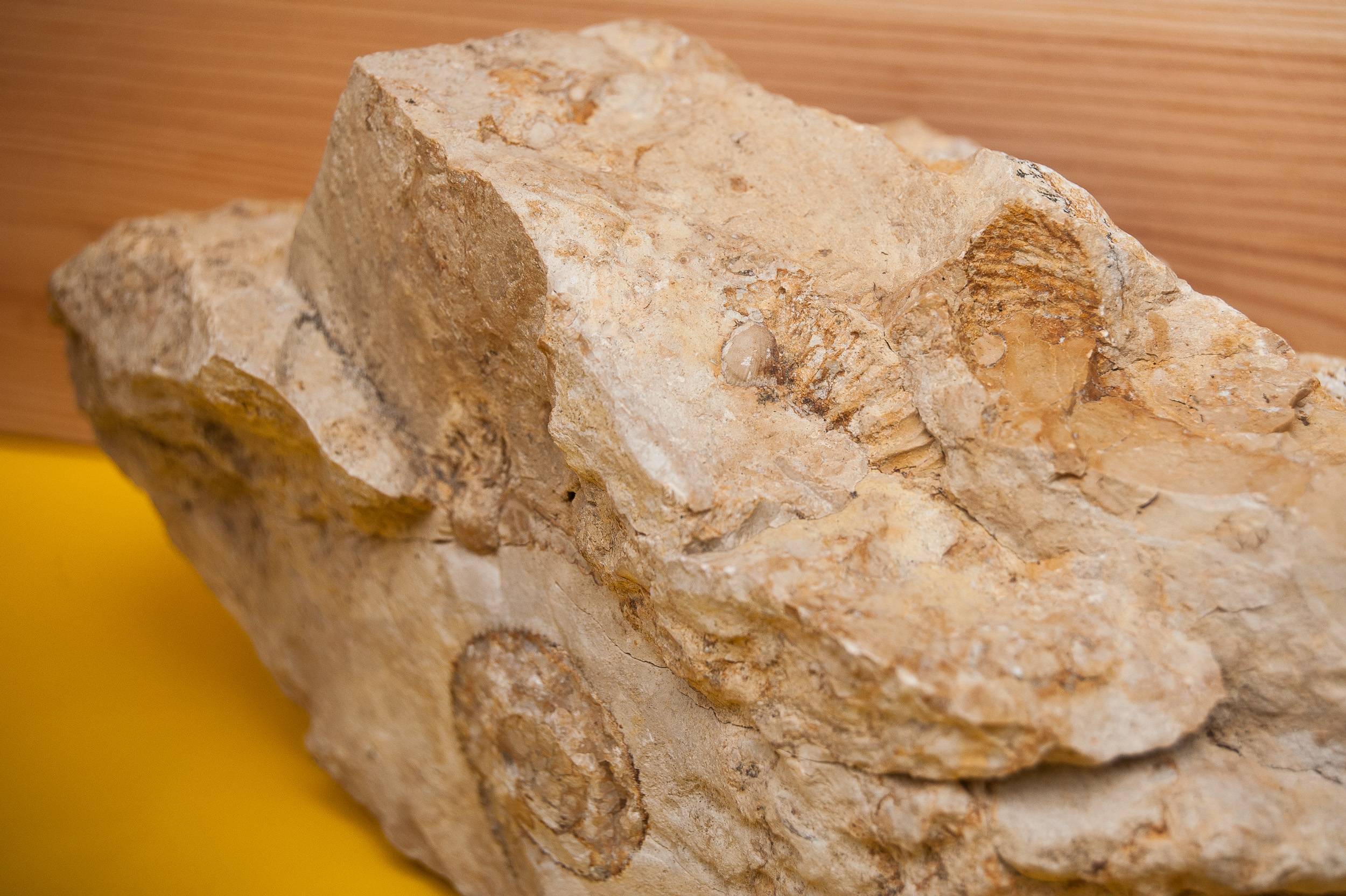 Yes, this is a rather nice find; an ammonite of the Jurassic in central Europe. Given the size of the specimen, and its appearance, this appears to be of the species Cardioceras, or Perisphinctes. These ammonoids belong to the Class Cephalopoda, the coiled cephalopods. They lived about 160 million years ago. The Order of ammonites to which Cardioceras and Perisphinctes belong is called the ammonitids, which began their evolutionary path in the Jurassic, flourishing in the Triassic and Cretaceous, then becoming extinct at the end of the Cretaceous. A common species of a different Subclass, the nautiloids, is related to these Jurassic ammonites. This is Nautilus, among the most primitive of the cephalopods, and still living today.

The host rock shows one other fragmentary view of an ammonite, readily seen by the distinct ridges of the corrugations in the shell. There are other fossil fragments also visible. They were not readily identified, however.