Do these islands exist or are they technical artifacts?

I am using data in a GIS application that shows some land or islands in areas where I would not expect such, or at least have never heard that there are islands. How to find these in Google Earth? Do they have names? 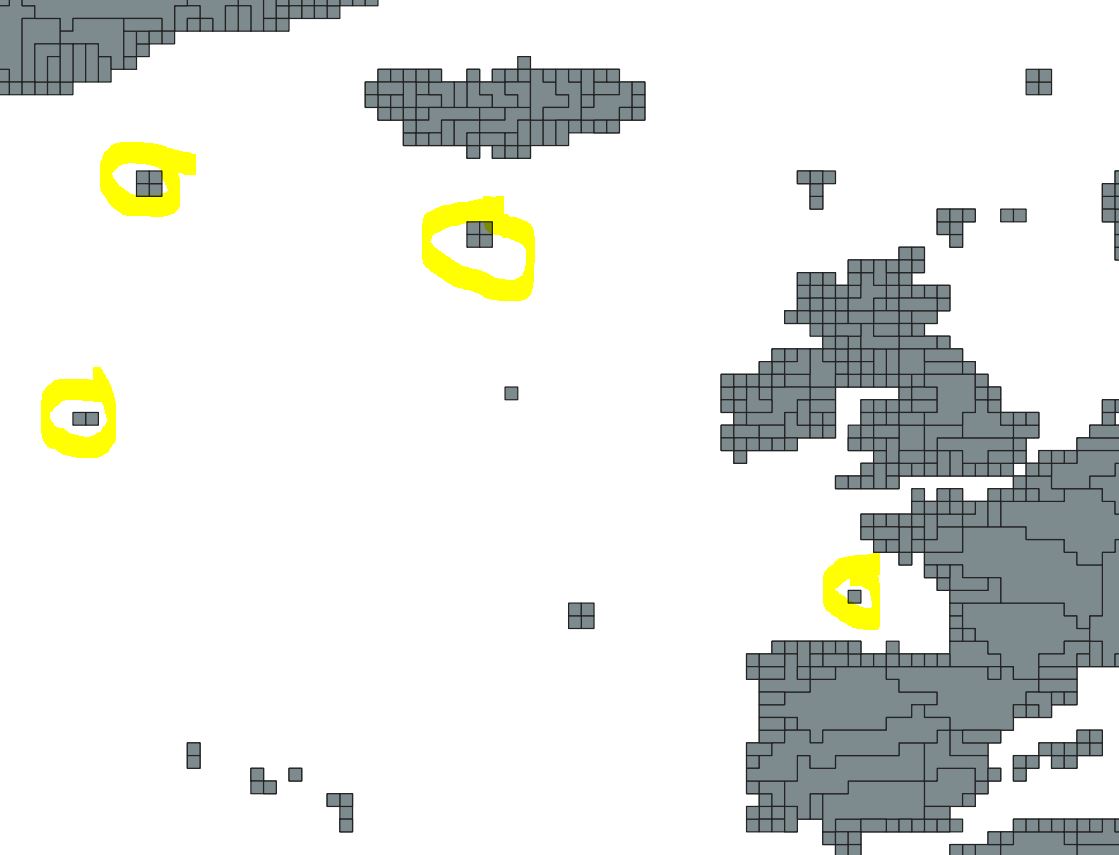 At the risk of sounding like the old MS Paperclip... it looks like your data are on the CRU TS land grid. This grid is known to have some rogue land points, as mentioned by Weedon et al (2014):

I've never seen a clear explanation of where they come from, but I recall they have associated elevations of zero. I suspect that some of them are from moored buoys that were mis-characterized as land. For example, the Bay of Biscay box is probably the Gascogne buoy described in Turton and Pethica (2010) and the group to the west is probably Ocean Station PAP: 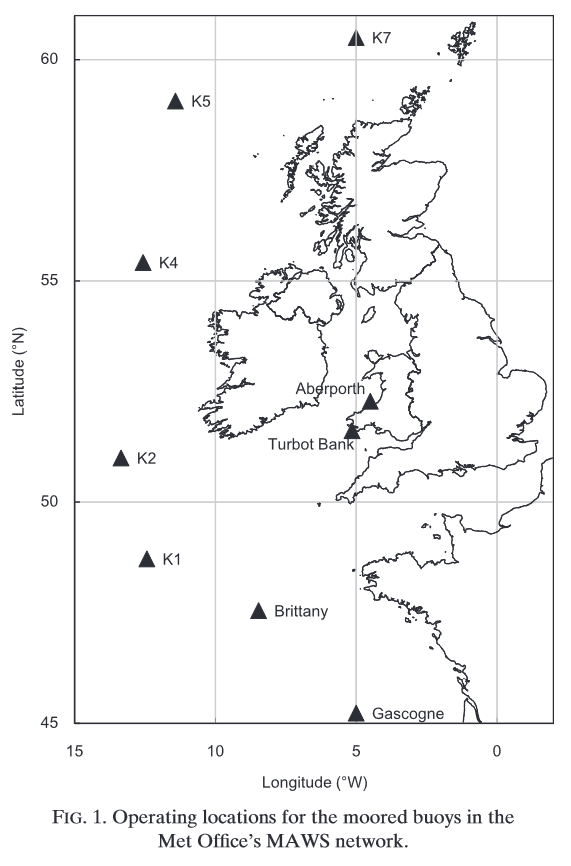 17
Percentage of dry land surface with sea level elevation lower than 1 km
2
Identifying different parts of a cave
18
Where is the calmest place on Earth?
4
What is the distance between the tropics?
4
How much of Earth's land area has antipodal land area?
6
How to interpret these kind of coordinates?
7
Has Antarctica's coastline been completely mapped? (map discrepancies)
4
Is it possible to detect Coriolis effect using a Wind Rose?