Why would it be drier indoors during the winter vs the summer?

During the warmer months the humidity in the house never goes below 35% relative humidity.

So, it appears that somehow the outdoor temperature is affecting the relative humidity inside the house. How could this be?

The only physics you need to know is that if the temperature is higher the air† can hold more water vapour (the gaseous phase of water). Cool molecules don't have enough energy to free themselves from intermolecular forces.

The answer to your question hinges on the difference between:

I drew this, maybe it helps... 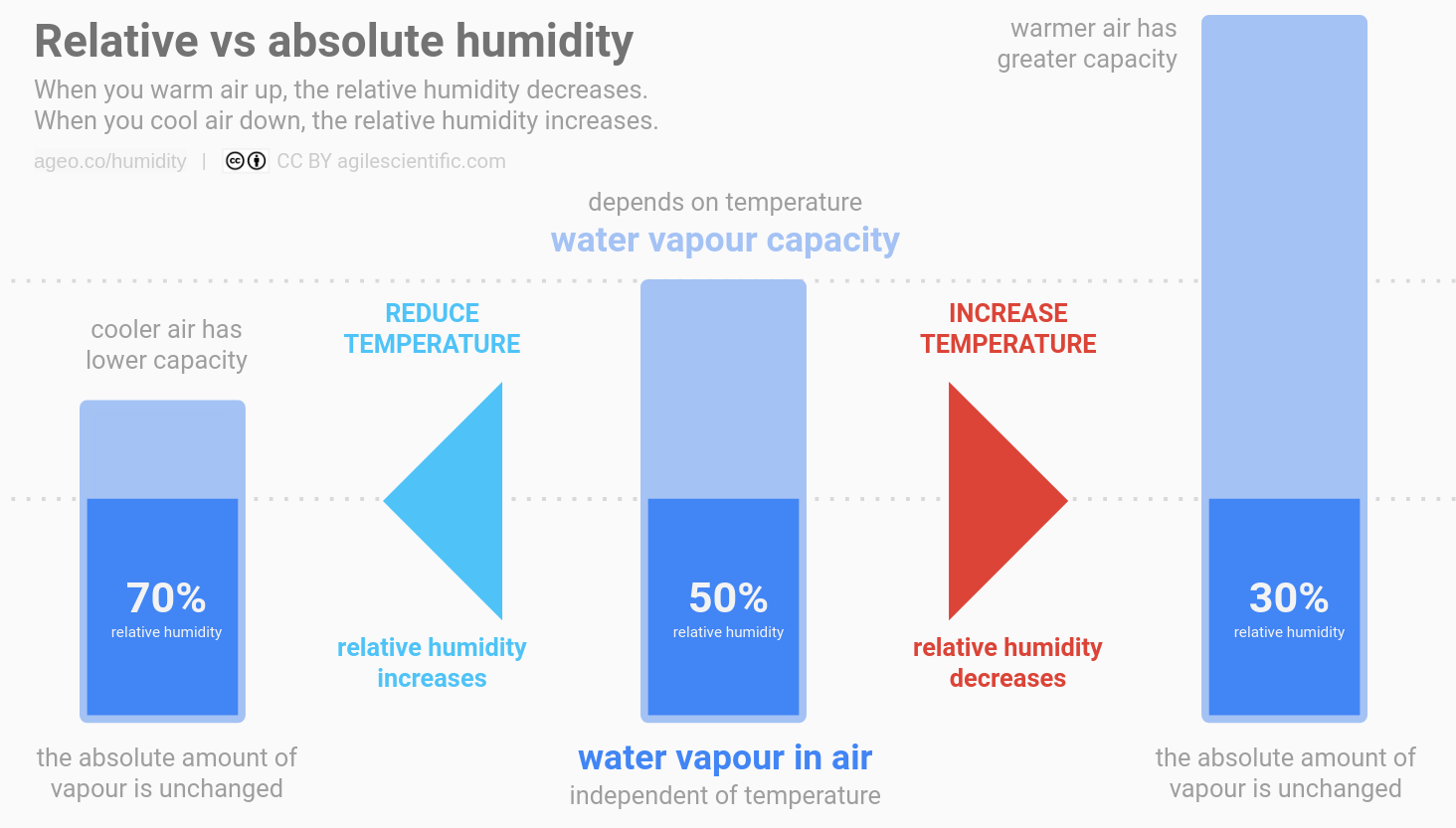 † Okay, this is a simplification. The conversation is about conditions in and around a house on the surface of the Earth. We don't really care about the air, per se. Read about vapour pressure.

(Unlike a house heater, quick major outdoor warmups are driven by warm fronts/warm air advection, which tend to bring in a different airmass, pulled in from more tropical regions, where the air also has also had plenty of time to evaporate moisture into it. So not the same dryness.)

(And air outdoors inevitably infiltrates/mixes indoors over time. So that colder, drier air will eventually come inside. You'll heat it, but it still doesn't have the moisture in it that the summertime air does.
...
Plus even apart from that, with it quite cold outside and warm and moist inside, the windows and other boundaries will cause the inside air touching it to condense because the surfaces get cold. Conservation of mass suggests it'd generally reevapoprate when warmer [unless you clean it up], but given most areas get cold regularly during the winter, the "puddle" would tend to be a pretty permanent feature if your inside warm air managed to be moist enough [try steaming some vegetables for a while, or running a humidifier, and you'll see this... also the same idea as the condensation that forms on the outside of a cold drink bottle/cup]. Your walls may even get damp if the temperature difference is great enough. All that liquid water is moisture taken out of the air.)

A psychrometric chart is very useful for those kind of calculations. 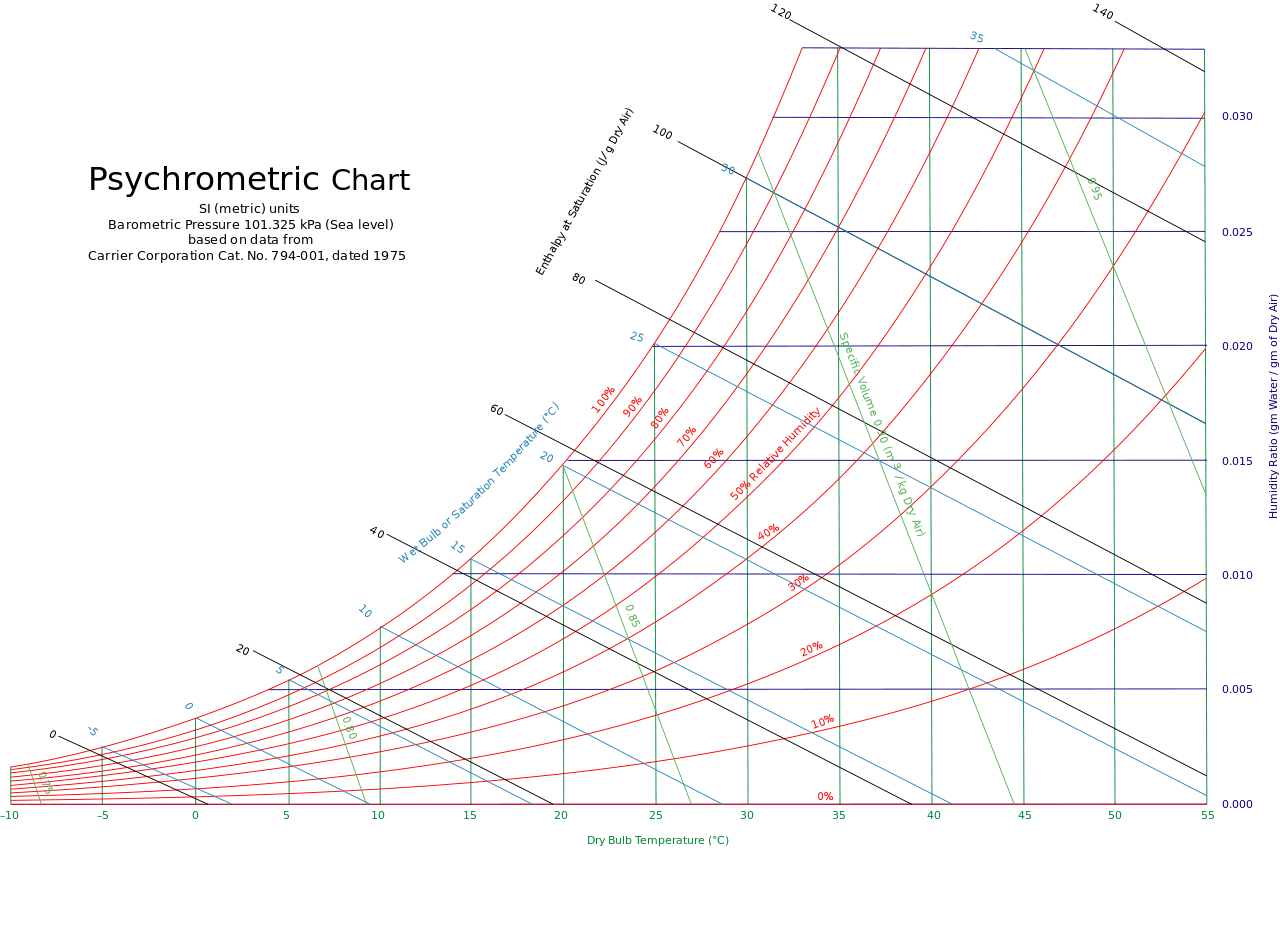 There is a lot of information and the chart looks overwhelming at first. You can click on the charts to see a larger version.

Let's put a cross on the chart for the outdoor air: 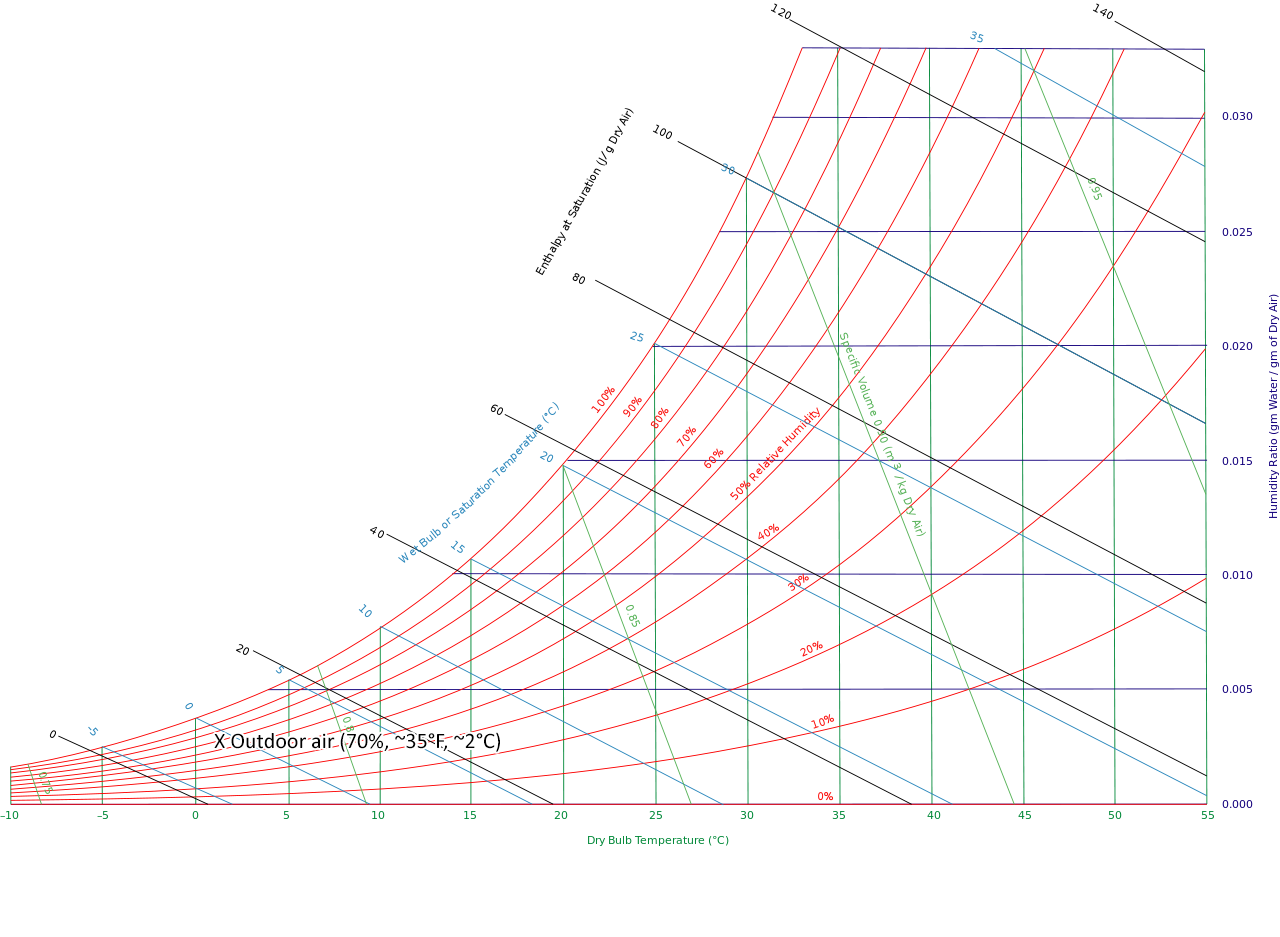 The water content (in gram of water per gram of dry air) is displayed on the y-axis of the chart. It's approximately 0.003, or 3g/kg. It's called "Humidity ratio" on the chart. This ratio does not depend on the dry-bulb temperature. 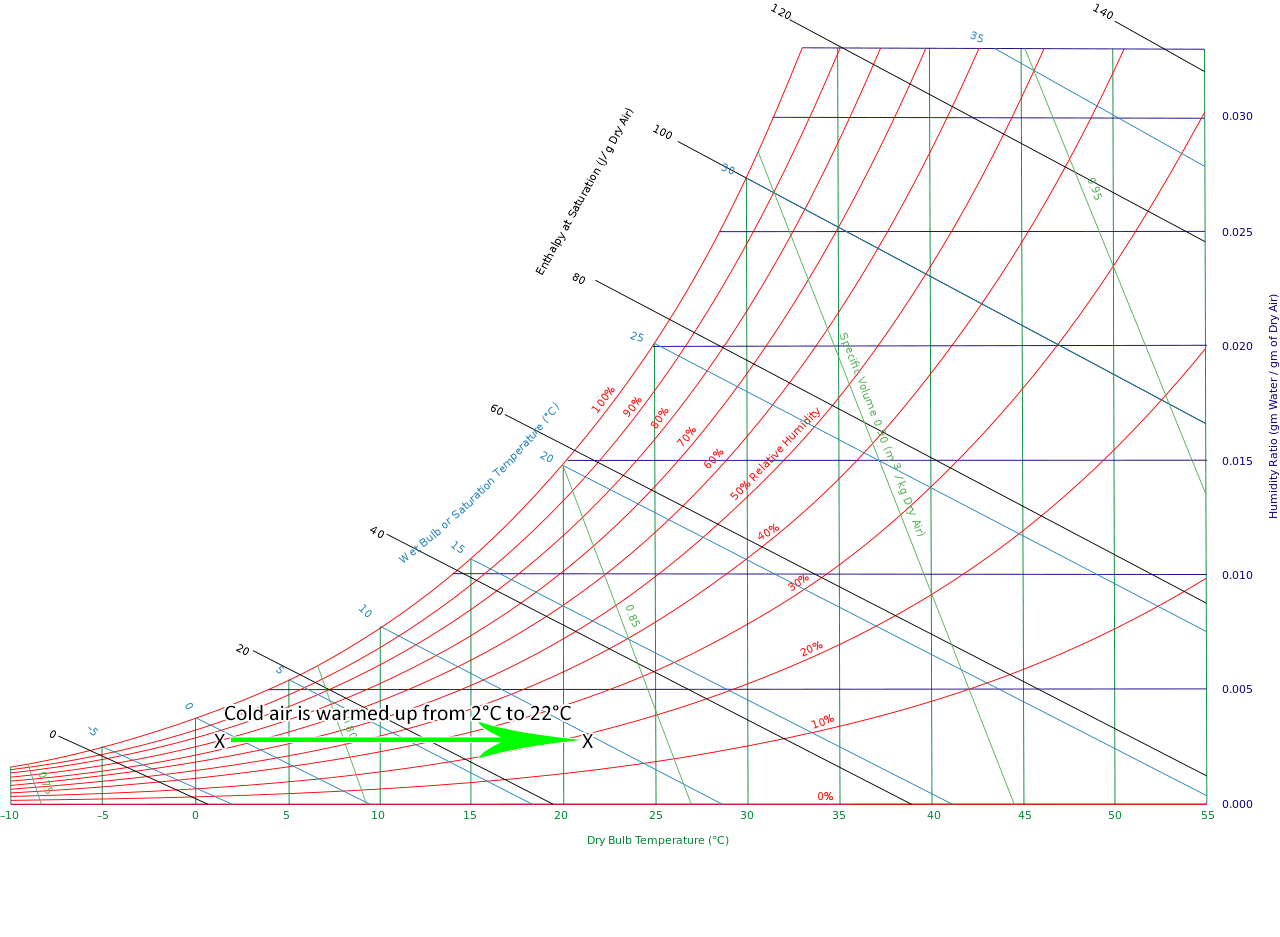 The relative humidity is now a bit below 20%. Which, by the way, is too dry, and your nose will probably notice.

6
Digging depth and heat
3
Accurately Measuring Indoor/Outdoor Air Temperature & Relative Humidity
10
Does the global temperature vary daily (hotter and colder days)?
1
Why it feels hotter at Night?
3
Why does relative humidity drop if I open the window in winter? What about the temperature drop?