An example of a well-mixed layer is shown here (the layer that extends from the surface to about 650 hPa): 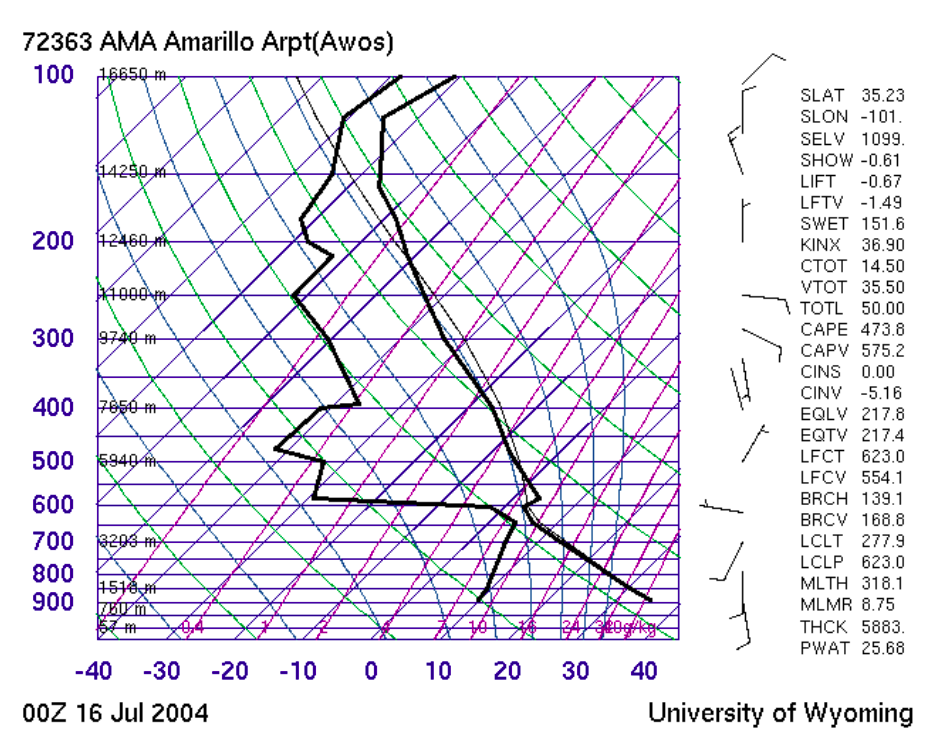 I got the image from this manual.

The whole idea of well-mixed is that it all has the same properties (as you note the moisture profile, the left line, also follows the mixing ratio, showing it has the same moisture.... winds don't have to be constant, as they are driven by surrounding pressure fields, but will tend to be more similar than in unmixed profiles)

Well in terms of temperature, the air is also all of the same quality when well mixed... except with the background that as it rises/falls it always gains/loses the energy of expanding/compressing. But in near-adiabatic processes, that process is reversible.

So an oddball analogy: picture it as a skyscraper which has an elevator with a fee to ride up, based upon the number of floors, but which is returned when you ride back down in the same rate. And everyone in the building decides to "mix" their monies, so that each has fundamentally the same amount in the end, when they leave I guess. It'd make it so people on different floors would have different amounts due to the elevator rides they've done, but because that elevator process is just a background, and they all fundamentally have the same amount, as anyone could take the elevator to another floor, and have the same amount as the person there.

So a mixed region is like an elevator with a $9.8\,\mathrm{°C}$ fee per $\mathrm{km}$ of height. And even if the mixed region doesn't happen to include 1000 mb, that'd be like if they only mixed monies on floors 15-23 on the skyscraper... we could still reference all back down to the money they'd have when they leave the building. So it is with potential temperature, we have to reference it to the same level, and we just happen to have defined it as 1000 mb. But a mixed layer can be over any pressure level range.

When temperatures follow those dry adiabat lines it shows that they have the same true base values, accounting for the reversible change from lifting/sinking.

So temperature is vertically homogeneously distributed in a well-mixed layer, except the background requirement that it be stratified by the temperature change to get to the different levels each air molecule is at. Temperature isn't necessarily entirely horizontally homogeneous at the lowest levels in such a mixed atmosphere because of topography, ground cover, etc... but again it will tend to be more similar because vertical mixing suggests decent horizontal motion (mass continuity), and will tend to mix down any increased winds aloft (due to reduced friction) so there will tend to be more motion to mix horizontally near ground level than on more stable days.

It is a simple adiabatic scenario.

When an air parcel idiabatically raises, its heat exchange with surrounding is zero. Therefore, the decreased internal energy (with the related temperature decrease) of an air parcel is equal to the work done by the parcel during its expansion, and vice versa.

This change is reversible.

Your lapse rate will only change if air is saturated and water vapor condenses, due to the latent energy release.

13
Dry atmospheric temperature profile (dry adiabatic vs. isothermal)
3
How do you calculate the elevation at which clouds will form (lifting condensation level)?
1
Relationship between pressure, temperature and density in meterology
2
Given only pressure and potential equivalent temperature, can I determine other variables?
3
Is it meaningful to assume static pressure to be constant along a streamline?
0
Doesn't Increase of Potential Temperature with Height contradict Adiabatic Nature of Processes within Troposphere?
2
Modelling atmospheric temperature as function of elevation