Is there such a thing as a “basalt dike”?

I've always understood that basalt is an extrusive rock (formed by eruption), and dikes are intrusions (no eruption), so I would have thought that a dike could not be composed of basalt rock.

It's come to my attention that many people talk about "basalt dikes" in geology, and many websites, including pages of university geology departments, talk about dikes that are basalt.

The concept of a "basaltic dike" (note the "ic") makes sense to me: a gabbro or diabase dike whose parental magma had a basaltic composition.

So, I know that basaltic dikes exist, but I'd like to have confirmation that there is no such thing as a dike which is basalt rock.

"Basalt" per definition is a fine grained rock (that is, you can't see the individual crystals with the naked eye, aka aphanitic) with a certain chemical composition. The coarse grained form of this rock is called a "gabbro". A diabase (or dolerite) is something in between, but let's ignore it for the meanwhile for the sake of simplicity.

So quoting from your question:

I've always understood that basalt is an extrusive rock (formed by eruption), and dikes are intrusions (no eruption)

This is not entirely accurate. Assuming that we are talking about rocks of this specific composition, then every extrusive rock is a basalt but not every intrusive rock is a gabbro (or diabase). Fine grained rocks, and basalts in our case, can also form in hypabyssal settings (underground, for example dykes) if conditions are favourable for very quick nucleation. When a magma of 1100 °C intrudes a 20 °C surface or 100 °C rocks several hundred metres deep, the cooling rate is not too different, causing similar fine grained textures in the rock.

The concept of "basaltic" may differ in context. For example, people commonly use basaltic when the rock is similar to the sensu stricto composition of basalt/gabbro, but not quite. It does not necessarily mean that we are talking about a gabbro with a composition similar to basalt. In a wider context, it may refer to "basaltic" vs "granitic" compositions, whereby their coarse and fine grained forms are called "gabbro" and "rhyolite", respectively. No idea why this terminology is rooted like that.

I'll finish with a photograph of a basalt dyke that I took some years ago: 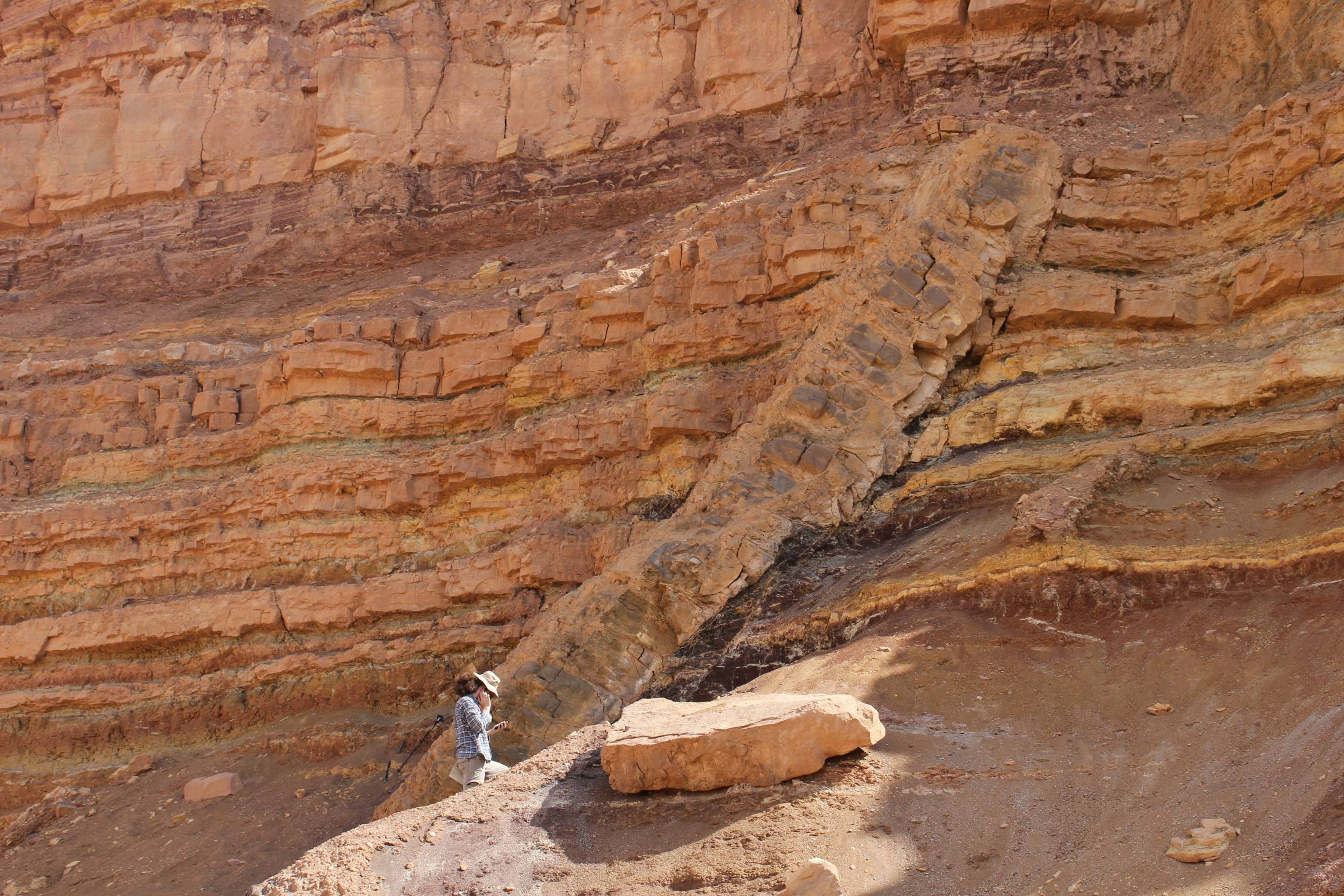 Not the answer you're looking for? Browse other questions tagged petrology igneous or ask your own question.

22
Is there a difference between rock and stone?
8
How are spherulitic structures formed in basalt rock?
16
What processes produced the basalt columns of the Giant's Causeway?
3
Do discordants dykes ever travel concordantly (are transgressive dykes a thing)?
5
There are cloud identification guides, are there also (guided) rock identification websites?
3
Are there any differences between the subalkali and alkali rock occuring tectonic environments?
6
Curious natural patterns on the surface of basalt blocks that make up the sidewalk
1
Why aren't there ultra acid igneous rocks?